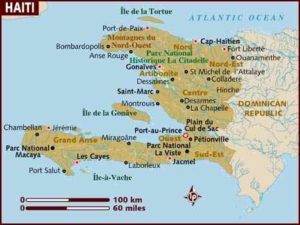 No one expected miracles when performer Michel Martelly became president of post-earthquake Haiti. But more than two months after taking office, the former entertainer’s slow and disappointing start has become a major worry for foreign donors, who are dropping broad hints that the stalemate in government has become an obstacle to Haiti’s recovery.

On Friday, the Interim Haiti Recovery Commission marked the one-year anniversary of its initial meeting last summer and issued a generally positive report about progress in rebuilding the country after the disaster that nearly devastated Port-au-Prince and left more than 300,000 dead. But between the facts and figures outlining the first, halting steps toward reconstruction, it was clear that the international community is growing impatient with the petty politics keeping the government practically paralyzed and the task of rebuilding on hold.

“It is necessary to put aside differences and collaborate in the process of rebuilding the country,” the donor countries said in a joint statement. “Otherwise, Haiti’s foreign partners will not be able to help it reach its goals.”

Mr. Martelly and the rest of Haiti’s elected leaders, particularly those in Parliament, should take this as a pointed warning. Unless they get their act together, Haiti’s foreign friends will be powerless to help the country recover.

Mr. Martelly’s first task should be to consult with Parliament to find a candidate for prime minister who can put together a working government. Indeed, he should have done this from Day One instead of wasting precious time trying to get Parliament to approve someone just on his say-so.