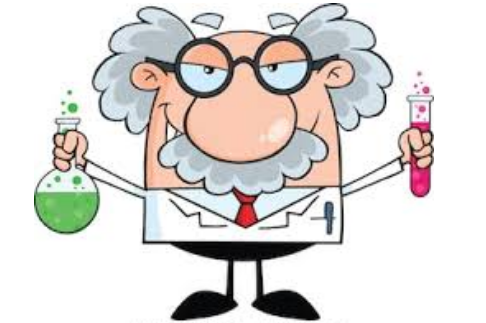 President Trump’s zeal for rally mode is rising almost as steeply as coronavirus cases in Tulsa, Okla., where his campaign plans to hold a little get-together on Saturday. The weather in Tulsa is expected to be muggy and nearly 90 degrees, with a high chance of thunder and lightning.

“Bad idea” doesn’t begin to capture how reckless and vicious it is to pack an arena on a steamy night with thousands of rambunctious hotheads in the midst of a coronavirus outbreak.

The disease, which has killed some 120,000 Americans so far, rips through populations fastest when people are crowded indoors and shouting for extended periods.

Except masks and social distancing. This week, a Tulsa lawsuit sought to make safety measures mandatory at the rally. “If ASM Global” — which runs the rally arena — “moves forward with the event without adequate review, planning, training, protective equipment, and safeguards, cases of COVID-19 — and the unavoidable attendant deaths — will rise,” the lawsuit said.

A Tulsa judge denied the request; it’s now at the state Supreme Court. Meanwhile, the campaign has required ticketholders to swear they won’t sue if they do get sick. And rallygoers will be issued hand sanitizer and masks, but nothing is mandatory. Given that Trump is still shaking hands and refusing to mask up, even health-conscious attendees are likely to pack themselves in and go mask-free, if only as a sign of respect for their devil-may-care hero.

This rally is really shaping up to be a teeming petri dish inside a wrecking ball inside a juggernaut.

And then there’s the sickening fact that Trump’s MAGA extravaganza is detonating in the midst of a two-day local celebration of Juneteenth, which this year marks the emancipation of enslaved Black people and coast-to-coast George Floyd protests.

These demonstrations and demands for police reform or abolition have garnered widespread support, even as Trump has repeatedly lied about who is protesting and what their aims are and earlier this month tried to put protests down with military force.

So on top of the strong possibility that the Tulsa rally could spread the coronavirus far and wide, confrontation and even violence might be in the offing. Black community leaders in Tulsa have warned that an appearance by Trump, whose racism is part of his allure, is a taunt.

For his part, Oklahoma Gov. Kevin Stitt, a popular Republican in a state that Trump won by 65.3% in 2016, has equivocated about the event almost since it was announced.

First, he invited Trump to visit Tulsa’s Greenwood District, the site of a 1921 race massacre in which white terrorists slaughtered hundreds of black residents with the help of local police and the National Guard, laying waste to what was then the nation’s wealthiest Black neighborhood.

Maybe Stitt thought the president would enjoy a history lesson, or that Tulsa’s Black leadership would want to meet the father of birtherism, the Muslim ban and internment camps for Latino children.

On Wednesday Stitt reversed himself. He urged Trump to stay away from the hallowed ground, but he was chipper about the president’s visit. “We’re in really, really good shape right now” for a great rally, he said, no matter the coronavirus stats.

Stitt did emphasize that Oklahomans would not be forced to pack into the arena to see Trump. That was big of him. “You can stay home if you feel more comfortable,” he said.

As for Trump’s decision to bring his racist campaign into a city with a history of deadly white terrorism during Juneteenth celebrations at the height of American racial tensions, Stitt was dismissive and lighthearted.

“We have great relationships in Oklahoma with all the different races.”

Sincere question: What are Trumpites even talking about when they say things like this? The Tulsa massacre was one of the worst racial atrocities in American history. The Oklahoma City bombing, in 1995, was the nation’s deadliest domestic terrorist attack; its mastermind, Timothy McVeigh, was a white supremacist.

And on June 4, Tulsa police harassed, handcuffed and forcibly restrained two black teenagers for walking down the center of a quiet, traffic-free road. One officer sat on one of the boys, holding the back of his neck while pressing his face into the ground.

We have great relationships in Oklahoma with all the different races.

These guys can wish away the pandemic and police brutality, but both are systemic — and Saturday’s rally in Tulsa is a powder keg.

Stitt’s not going to wear a mask when he takes the stage to introduce Trump, he said on Thursday. He seemed excited to greet an arena full of Trump supporters.

Tulsa is certainly going to be the center of something this weekend. Presumably, the governor wants to breathe it all in.