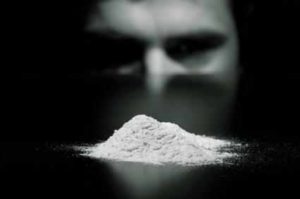 BOGOTA — Colombia’s coca-eradication efforts have stalled for the first time since 2007, the United Nations Office on Drugs and Crime reported Tuesday.

Despite the uptick, officials said the data showed that coca leaf production — the raw ingredient of cocaine — is under control. Since 2007, coca crops in Colombia have decreased 35 percent. And the production of pure cocaine also dropped slightly from 2010 to 2011 to 345 tons, the U.N. said.

Colombia, Bolivia and Peru are the world’s top coca producers, and Colombia supplies more than 80 percent of all the cocaine that enters the United States.

But Colombia’s drug control efforts, which rely on a combination of crop eradication and substitution programs, have also made it a regional model. Bolivia and Peru are scheduled to report their crop results next month.

The U.N. said that 23 percent of Colombia’s coca crops are concentrated along the borders with Venezuela and Ecuador, where national parks, indigenous reserves and bilateral treaties have hampered areal fumigation efforts.

Using a combination of aerial fumigation and manual eradication, the government destroyed 530 square miles of coca crops in 2011. But it’s a dangerous task. Over the last six years, 203 coca eradicators have been killed and 662 have been injured on the job, said Colombia’s Justice Minister Ruth Stella Correa.

Correa touted the government’s progress over the last 20 years and said the state has managed to squeeze the profits out of the system. A Colombian coca farmer now receives less than 1 percent of the U.S. street value of cocaine, she said. A typical farmer with 2.5 acres of the shrub makes less than $300 per month.

While farmers are losing out, cocaine profits have “turned into the principal motor behind criminal gangs and Colombian guerrillas,” she said.

The government estimates there are some 240,000 coca farmers, mostly concentrated in rural areas where the lack of roads and infrastructure make traditional crops unviable.