The U.S. Coast Guard returned 102 migrants to Haiti on Wednesday, the largest migrant interdiction in more than a year, officials said.

The migrants were crammed aboard a small sailboat with standing room only when they were intercepted near the Bahamas on Tuesday, a spokesman for the Coast Guard said. 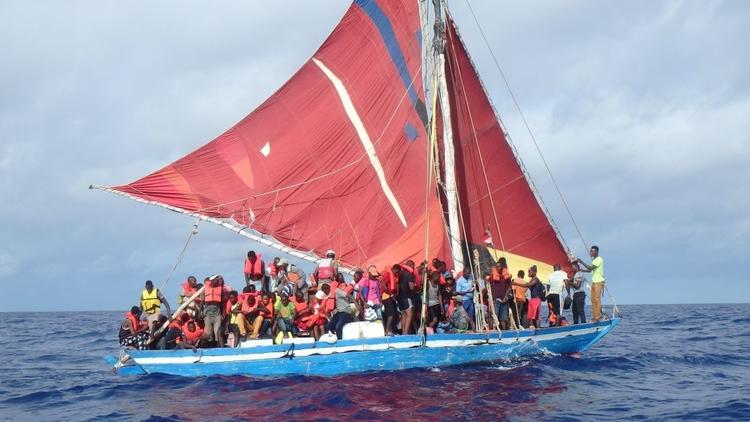 “The Caribbean and Florida Straits are dangerous and unforgiving for migrants on illegal and ill-advised voyages in overloaded vessels,” said Capt. Jason Ryan. “The Coast Guard and its partner agencies continue to maintain a strong presence along our maritime border and will continue to interdict and rescue those who embark on these illegal voyages in unsafe vessels such as this one.”

The migrants were returned to Haiti aboard the Coast Guard Cutter Mohawk where they received food, water and medical attention, officials said.

Since Oct. 1, about 1,028 Haitians have tried to illegally migrate by sea to the United States, the spokesman said.