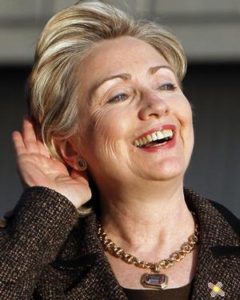 Secretary of State Hillary Clinton will travel to Haiti on Sunday in a bid to solve the earthquake-devastated country’s electoral impasse, which is threatening billions of dollars in reconstruction aid.

Mrs. Clinton’s visit will pressure Jude Célestin, the candidate of the ruling party, to withdraw from the second round of the presidential election, Haitian officials said Friday.

Haiti has been trapped in a political labyrinth following the chaotic first round of presidential elections held on Nov. 28. The poll results put Mr. Célestin, 48 years old, in second place behind Mirlande Manigat, 70, a former first lady. But supporters of singer Michel Martelly, 49, claimed he had outpolled Mr. Célestin for second place and took to the streets in protest.

The top two finishers are slated to meet in a runoff.

An election mission from the Organization of American States, called to sort out the mess, found widespread irregularities and recommended that Mr. Célestin be dropped in favor of Mr. Martelly for the runoff. Since then, President René Préval and Haiti’s electoral authorities have been under intense pressure from the U.S., the United Nations and other foreign donors to accept the OAS recommendations.

“We want the people of Haiti to have a government they rightfully elected,” a U.S. official said. “We want the CEP [Haiti’s electoral commission] to pay close attention to the OAS report.”

Haiti’s ruling party grudgingly pulled its support of Mr. Célestin this week. But the party said it had done so only to spare Haiti “an embargo on a people that is already suffering” and insisted its candidate had won enough votes to reach the second round.

Mr. Célestin has refused to withdraw, saying he won the votes to go into the final round, and the OAS process that recommended his elimination was unsound. “He won’t quit until after all the legal electoral challenges have been concluded,” a person close to Mr. Célestin said Friday.

The foreign pressure has caused a backlash among some Haitians. “This is blackmail,” said Jean-Henry Ceant, one of the 19 presidential candidates who competed in the first round. “Democracy is made with principles, not with pressure.” Mr. Ceant said the election results were so flawed the only solution is to hold another election.

The State Department said Mrs. Clinton will “consult with members of civil society, political actors, Haiti’s president and international partners on the ongoing electoral situation as well as reconstruction efforts.”

Analysts say Haiti’s electoral morass could jeopardize billions of dollars in reconstruction aid pledged by the international community to Haiti, which has been struggling to recover from a devastating earthquake one year ago that killed more than 230,000 people.

The electoral dispute could drag on for days if not weeks, since according to Haitian electoral regulations, it’s up to Mr. Celestin to withdraw his candidacy. Haiti’s electoral commission has until the end of the month to rule on which candidates can advance to the second round of elections, which were originally scheduled to take place on Jan. 16.

Did Hillary Clinton send her representative Cheryl Mills to Haiti with instruction – for Merten – to the effect that “Hillary did not want elections…?”

This is a fact.

Merten talked with a number of Haitians, after Cheryl Mill’s’ visit and expressed his annoyance.

When will people stop meddling in the Haitians’ lives and let them have a real election, instead of some stupid selection?

The false polls, created by Reginald Boulos, Preva’s friends and President of Haiti’s Chamber of Commerce, showed Manigat, Celestin and Martelly in the lead when the true leaders were Ceant, Baker and Martelly.

Even as people were confused with the presidential vote, Preval stole congress as people looked the other way.

Otherwise, we will be faced with yet another American induced disaster.