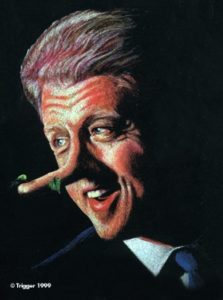 PORT-AU-PRINCE, Haiti (AP) — Former U.S. President Bill Clinton discussed the future of efforts to reconstruct this earthquake-ravaged nation with two candidates who will face off next month in presidential elections.

During his one-day visit, Clinton met separately behind closed doors at the Hotel Karibe with carnival singer Michel “Sweet Micky” Martelly and former first lady Mirlande Manigat, who will compete in a March 20 runoff.

In response to a question from reporters after the meeting, Martelly said he thought ousted President Jean-Bertrand Aristide had a right to return to the country.

“If there is a problem, the justice system will take care of it,” he said. “Right now, we have a second round, and that is what we are worried about.”

Manigat later echoed Martelly’s sentiments, saying Aristide has as much right to return as did dictator Jean-Claude “Baby Doc” Duvalier, who remains in Haiti.

“It is possible their presence might create a problem,” she said. “But we will have to deal with that.”

As she spoke in the hotel lobby, she was approached by Martelly. The two political competitors embraced in a friendly greeting and had a brief chat.

Clinton did not speak to the news media but is scheduled to give a news conference with Prime Minister Jean-Max Bellerive later Tuesday.

Clinton is a special U.N. envoy to Haiti and co-chairs the Interim Haiti Reconstruction Commission with Bellerive.