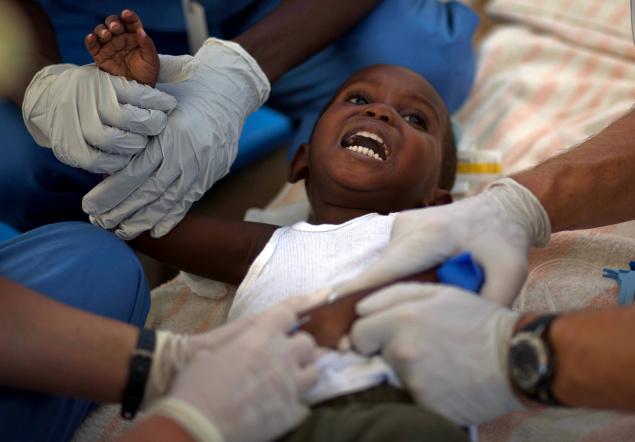 UN Secretary General Ban ki Moon told the American Congress that the UN would solve the Haitian cholera problem. Unfortunately, the Americans did not ask for details, otherwise they would have learned an obvious truth, now apparent to Haitians.

UN Secretary General Ban ki Moon’s plan is a simple one. He will allow cholera to become the Final Solution for Haiti. It will eventually kill everyone and there will be no further problem from our nation.  Then they can re-populate the island with an overflow from somewhere else.

MINUSTAH has insisted that Medicins sans Frontiere report cholera cases as ‘Severe Diarrhea”  so the cholera statistics will drop.  This is a cunning bookkeeping game but a  child’s ravaged corpse is still a death, no matter what you call the disease.

The United Nations has managed to stick the death toll at something around 8,000…. without any increase above that.

Haiti has probably lost more than 10 times that many people to cholera.  80,000 have probably died from cholera. Fortunately for the UN and unfortunately, for the Haitians, there is no one there to count the many who have died, unnoticed, at small towns throughout the countryside.

Maissade is just one of many locations, suffering from a renewed cholera epidemic as the rainy season helps spread infection.

We don’t even have rehydration powders to give the sick and dying.

They don’t have anything since what they did have has been taken away by the United Nation’s criminal indifference.

Many remember the old adage in stores… “If you break it, you buy it!” 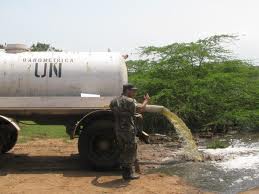 The UN has broken Haiti.

3 thoughts on “CHOLERA SWEEPING COUNTRYSIDE AS UN FAILS TO ACT – SECRETARY GENERAL LIES AGAIN – MASSAIDE HOSPITAL HAS 40 CHOLERA VICTIMS AND NO SPACE FOR MANY MORE WHO ARE INFECTED. 4 OF 40 DIE – WHO KNOWS HOW MANY MORE DIE IN THEIR HOMES… NO WATER – NO INSTRUCTIONS – NO HELP – NO HOPE!! 80,000 HAVE PROBABLY DIED, NOT THE 8000 STATED BY BAN KI MOON SINCE THE NEPALLESE WERE FILMED DUMPING THEIR CHOLERA INFECTED POO INTO THE ARTIBONITE RIVER.”