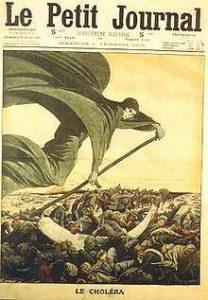 Deputy Health Minister Jose Rodriguez says there have been 1,143 cases of cholera and 14 deaths since the outbreak began in November. The number of new cases reported Monday is up about 50 percent since the middle of May.

The Dominican physicians union says cases have been confirmed in 28 of the country’s 32 provinces. The situation may worsen with the onset of the hurricane season in June.

Cholera was detected in the Dominican Republic after an outbreak in neighboring Haiti in October. There have been 266,000 cases and nearly 5,000 deaths in Haiti.