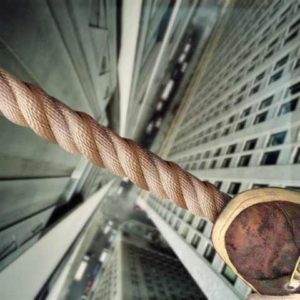 Clutching a crucifix and holding back tears, Venezuela’s President Hugo Chavez appeared live on television for the first time in 17 days, saying he was counting on Christ for help as he returns to Cuba for more cancer treatment.

Addressing the nation on television from the Miraflores presidential palace, Chavez said he’ll leave Venezuela today for a sixth trip to the communist island this year. The National Assembly today approved his request to be absent from the country for more than five days.

“We’re in the final stretch of this radiation therapy,” Chavez said in the nationwide broadcast. “These are not easy days, but we are warriors ready to confront adversity. With this infinite faith I depart and will return in a few days to continue my recuperation.”

Since announcing in February he would require a third operation to remove a second tumor from his pelvic area, Chavez has spent more time in Cuba than Venezuela, while insisting he’ll recover in time to campaign in an October election for six more years in office. His absences have sparked a rally in Venezuelan bonds on speculation his illness will lead to a change in government and policies that have stoked inflation and driven away investment.

Chavez has refused to say what kind of cancer he has, where it’s located or give his prognosis.

During today’s broadcast, filmed in front of a group of ministers and officials, Chavez signed a new labor law.

Speaking about his health as he finished his speech, Chavez said he hoped to be playing baseball in a few weeks and walking the streets of Venezuela. As he made his customary farewell salute, his voice cracked and as the cameras panned away he looked down and appeared to be holding back tears.

Since the operation on Feb. 26, the former tank commander has shuttled back and forth between Cuba and Venezuela as he receives radiation treatment. He had said he would complete his fifth and last session of radiation treatment during his previous trip to Cuba.

Venezuelan bonds have returned 37.5 percent in the past year, the most among emerging markets, according to data compiled by JP Morgan Chase & Co.

“Venezuela has been outperforming in the last few days because of ongoing questions about Chavez’s health,” Jeff Williams, an emerging market debt strategist at Citigroup Inc., said in a phone interview from New York. “There are concerns longer term, but there’s still a lot of room to rally.”

Bonds issued by state oil company Petroleos de Venezuela SA were today the third most actively traded dollar-denominated corporate securities by dealers behind Goldman Sachs Group Inc. and Energy Transfer Partners LP (ETP), with 124 trades of $1 million or more as of 3:33 p.m. in New York, according to Trace, the bond-price reporting system of the Financial Industry Regulatory Authority.

Chavez last made a public television appearance on April 13, when he addressed followers from a balcony in the presidential palace before departing for Cuba the following day.

Since state television aired images of his return on April 26, Chavez hadn’t appeared in public, choosing instead to call into television events or send messages on his Twitter account.

Chavez’s opponent in October’s presidential election, Henrique Capriles Radonski, called on the Venezuelan leader yesterday to be more transparent about the state of his health.

As he bade farewell, Chavez held up a crucifix, saying it was the same one he had carried with him when he was removed from power and sent to an island off the Venezuelan coast after taking part in a 2002 failed coup.

“It’s the same one I had when I thought I was going to die but a miracle occurred,” Chavez said. “I’m sure that our Christ will repeat this miracle.”

To contact the reporter on this story: Charlie Devereux in Caracas at cdevereux3@bloomberg.net.

To contact the editor responsible for this story: Joshua Goodman at jgoodman19@bloomberg.net.