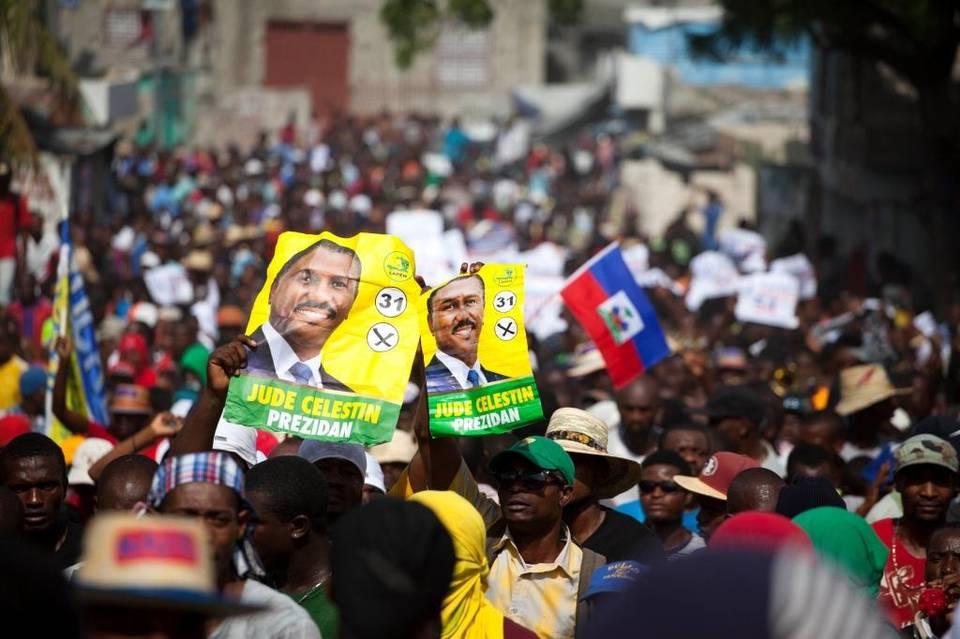 The sole member of Haiti’s Provisional Electoral Council who did not sign the preliminary presidential and legislative results says he refused to do so because he doubts the credibility of the results.

Jaccéus Joseph told the Miami Herald that he thought the Tabulation Center would have done more to address the allegations of electoral fraud, including checking the voter registration lists against the ballots cast in the Oct. 25 first round presidential and legislative runoff vote.

Without the deeper verification, which eight presidential candidates and local observers continue to demand via an independent five-member commission, Joseph said he could not accept the results that gave government-backed candidate Jovenel Moise 32.8 percent of the votes.

There is a deficit of credibility in the electoral process, Jaccéus Joseph, member of Haiti’s electoral council

“Light needs to be shed on the process,” said the lawyer, who represents the human rights sector on the nine-member council, known as the CEP. “I believe the CEP needs to make an effort to set aside all of the doubts that exist about the process so people can trust it.”

Joseph’s concerns over the elections come as the process continues to suffer amid increasing street protests, misinformation and more fraud accusations. The crisis risks either delaying the scheduled Dec. 27 presidential runoff or thwarting it all together.

On Thursday, protesters aligned with several opposition presidential candidates, including second-place finisher Jude Célestin, who drew 25.2 percent according to initial results, took to the streets for the second day. They accused President Michel Martelly of engineering an “electoral coup d’etat,” and the protests took place following a night of insecurity in the capital. Residents reported being kept up all night by gunfire and vigils, as scared Haitians carrying machetes to protect themselves ran through the streets singing and shouting.

Meanwhile, the United Nations Office for Project Services (UNOPS) and one of its international staffers have become embroiled in the fraud accusations.

An elected member of the lower chamber of deputies under President Michel Martelly’s PHTK political party has accused a UNOPS employee of replacing ballot sheets during the transportation, which required 450 workers, 600 private vehicles and 135 donkeys or horses around the country. The employee, who is being confused with a former photographer with a similar name, is even being falsely accused of having once worked for former Prime Minister Laurent Lamothe.

Guichard Dore, a PHTK spokesman, called the allegations a “media battle to discredit PHTK.” He accused the lawmaker of actually being a Célestin supporter.

Whatever they give us, we take and transport, UNOPS Country Director Michel Bonenfant

The targeted employee, Angibeau said, is a logistics coordinator whose job was to report when materials had been delivered, picked up and dropped off. He was not part of the convoys that traveled with materials. All convoys included U.N. and Haitian police officers, a CEP staffer and a driver of a private vehicle that had been contracted for the transportation.

“He has nothing to do with any kind of decision-making,” Bonenfant said.

Bonenfant said there is a lot of misunderstanding of UNOPS assistance to the CEP, which for the first time in years was responsible for getting voting materials to polling stations around the country.

Days after the vote, former Sen. Moise Jean-Charles, who is also refuting his third place presidential finish, alleged that ballots checked with his name were being destroyed.

CEP President Pierre-Louis Opont said it’s not inconceivable that ballots could have ended up in the streets because a voting center had been vandalized. For example, nearly 300 ballot sheets never made it to the Tabulation Center.

Opont, however, defended the CEP’s work while noting that 120,066 ballot sheets were invalidated for fraud or other irregularities. On Wednesday, the CEP issued a communique that said it had detected various cases of fraud in 296 ballot sheets that it had quarantined. Those responsible, it said, will be dealt with. On Tuesday, an electoral court heard arguments from fourth place finisher Dr. Maryse Narcisse of former President Jean-Bertrand Aristide’s Fanmi Lavalas. Narcisse is one of only two candidates who has chosen to legally challenge the results.

As a member of the council, Joseph said he’s sensitive to the questions over the council’s credibility, which have been raised since the vote. He also denies that he did not sign because he was supporting a candidate who did not win.

“I’ve never asked for any privilege or advantages for any candidates,” he said. “I believe a verification at the Tabulation Center is a first step to analyze if there was fraud and who benefited from the fraud.

“There is a deficit of credibility in the electoral process and I don’t think that the CEP should wait until it’s too late to make a gesture of transparency so that people could have trust in the process.”