Dr. Robert Redfield, the Director of the Centers for Disease Control and Prevention, warned on Tuesday that while the US appears to be nearing the peak of cases of the current COVID-19 outbreak, a second wave could be even worse.

In an interview with the Washington Post, Redfield said that another outbreak of the novel coronavirus outbreak next winter could be more disastrous because of the strain it would place on hospitals, even if preparation and treatment options improve.

“There’s a possibility that the assault of the virus on our nation next winter will actually be even more difficult than the one we just went through,” Redfield said. “And when I’ve said this to others, they kind of put their head back, they don’t understand what I mean.”

The novel coronavirus was first identified in Wuhan, China in early January. After outbreaks in several Asian countries, Iran, and Italy, the United States saw confirmed cases of COVID-19, the disease caused by the virus, surge beginning in early March.

Already, hospital systems in major hotspots like New York City are overwhelmed with patients, and in many cases, lack the necessary medical equipment like ventilators and personal protective gear for healthcare workers.

Redfield said that a winter outbreak of COVID-19 would be particularly catastrophic for hospitals and medical systems when layered on top of the usual winter flu season and higher rates of other illnesses that are more prevalent in the winter months, including pneumonia and bronchitis.

While some clinical trials for coronavirus treatments are showing encouraging signs, the US is still likely 12 to 18 months away from developing a deployable vaccine. 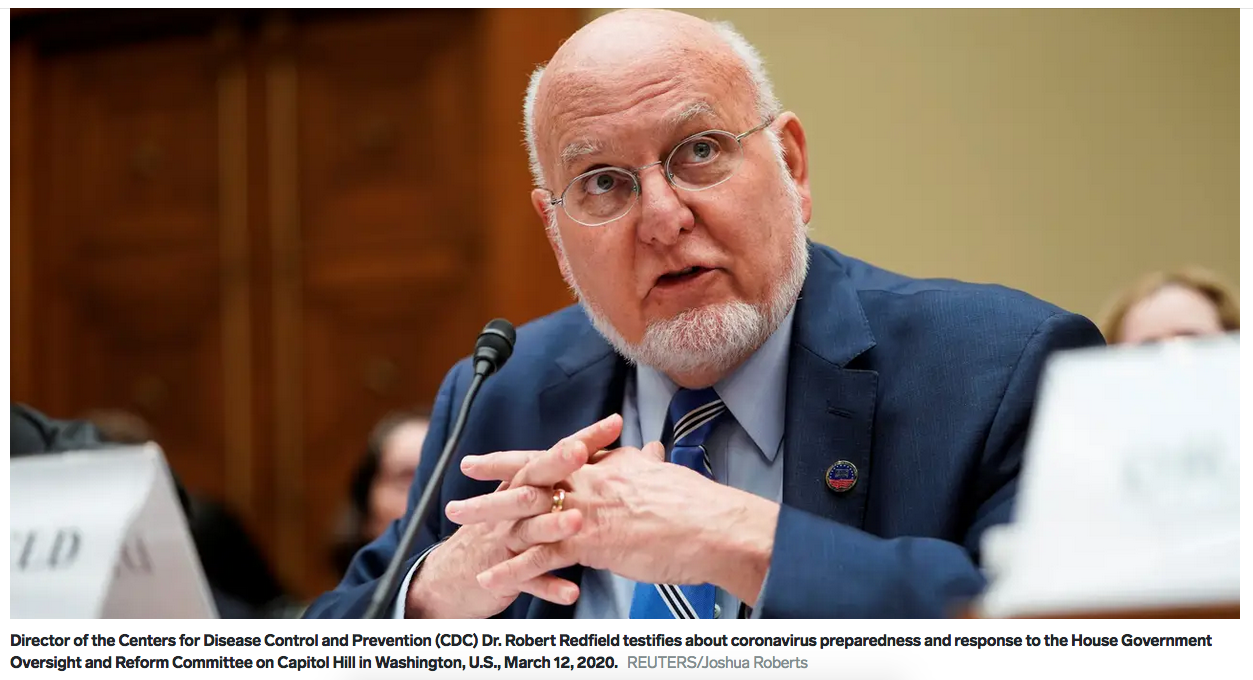 Because of that, Redfield said, it’ll be more important than ever for people to get their flu shots to reduce their risk and help lessen the burden on the healthcare system. He told the Post that more people getting vaccinated against the flu “may allow there to be a hospital bed available for your mother or grandmother that may get coronavirus.”

In an April 9 town hall with CNN’s Anderson Cooper and Sanjay Gupta, Redfield says that while the United States has a long way to go to tamper the outbreak, the rate of infection is set to reach its peak soon thanks to widespread, aggressive mitigation measures like the majority of states imposing strict stay-at-home orders and shutting down non-essential businesses.

“One of the critical things clearly has been the aggressive social distancing we’ve done,” Redfield said. “I think we’re seeing the consequences of that when we see that our mortality rate is really a lot lower than what would have been predicted, and it really shows that mitigation works.”

“Clearly, as we move to re-open, and I think we’re coming to the peak, as we sit here today, where we’re able to see the other side of the curve, and we’ll see this outbreak continue to decline over the weeks ahead, we need to understand the extent of the transmission of the virus,” he added.

Both on CNN and in his interview with the Post, Redfield emphasized that in the absence of a vaccine, the US will need to both massively scale up its testing regime and heavily invest in contact tracing to track how the disease is progressing

In order to do that, Redfield told the Post that the CDC is in preliminary talks to work with order federal agencies including the Census Bureau, AmeriCorps, and the Peace Corps to create an entire “alternative workforce” dedicated to comprehensive contract tracing, which would require hundreds of thousands of workers nationwide.

“These are all discussions that are going on to try to determine what is the optimal strategy to be used,” Redfield told the Post. “And it may be some combination of all three.”