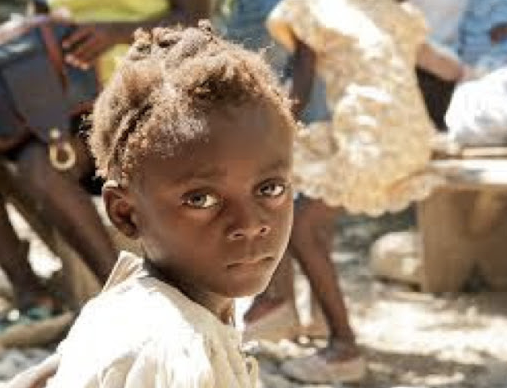 A spokesperson from U.S. Customs and Border Protection confirmed to the Miami Herald that the agency is working with the Federal Emergency Management Agency to prevent distributors from diverting personal protective equipment, or PPE, such as face masks and gloves, overseas. Ventilators also are on the prohibited list.

“To accomplish this, CBP will detain shipments of the PPE specified in the President’s Memorandum while FEMA determines whether to return the PPE for use within the United States; to purchase the PPE on behalf of the United States; or, allow it to be exported,” the statement read.

In the past week, three Caribbean nations —the Bahamas, Cayman Islands and Barbados —have all had container loads of personal protective equipment purchased from U.S. vendors blocked from entering their territories by U.S. Customs and Border Protection.

On Tuesday, U.S. Customs and Border Protection informed a shipping company that its Nassau-bound shipment of medical supplies could not be offloaded in the Bahamas and the containers had to be returned to Miami “for inspection.”But even before that, Sands said the Bahamian government had already been fielding multiple “complaints from freight forwarders and shipping companies that they were having challenges clearing certain items.”

“Over time, that grew to a crescendo with certain persons having the same experience,” he said.

The blockade experienced by Caribbean nations followed President Donald Trump’s April 3 signing of the little-known Defense Production Act. While the order gave the federal government more control over the procurement of coronavirus-related supplies, it also allowed the administration to ban certain exports. Trump invoked the act following a Twitter attack against U.S. manufacturer 3M over the export of its highly sought N95 respiratory face masks.

In a release, the Minnesota-based company said the Trump administration wanted it to cease exports of the masks to Latin America and Caribbean nations. Pushing back on the request, 3M said such a move carried “humanitarian consequences.”

Soon after the president’s order, Caribbean governments and shippers started hearing from Customs and Border Protection, learning that shipments of vital supplies had been blocked.

In the case of Barbados, it was a shipment of 20 ventilators purchased by a philanthropist that were barred, Health Minister Lt. Col Jeffrey Bostic told his nation in a live broadcast on April 5. After accusing the U.S. of seizing the shipment, Bostic walked back the allegation and told a local newspaper the hold up had “to do with export restrictions being placed on certain items.”

For the Cayman Islands, it was eight ventilators and 50,000 masks that were produced and purchased in the U.S. and removed from a Grand Cayman-bound ship in Miami — also on Tuesday. In a Friday afternoon tweet, the British overseas territory’s premier, Alden McLaughlin, said the U.S. had released the shipment with help from the U.S. Ambassador to Jamaica Donald Tapia.

Good news – the US have released the shipment that contains the ventilators and other essential items that we’d ordered. My thanks go to the US Ambassador for Jamaica, Ambassador Tapia for helping to make this happen.

Like Cayman, the Bahamas was also forced to turn to diplomatic channels for help. Following the intervention of the U.S. Embassy in Nassau, Sands said, it appeared they “were fairly close to a resolution.” But on Friday, the shipments were still being held by Customs and Border Protection, said a source familiar with the situation.

Betty K Agencies, a shipping company, was informed about the Trump policy after its ship had left Miami with three containers of medical supplies on Tuesday, hours ahead of its Wednesday arrival in Nassau.

The CBP note sent to Betty K Agencies regarding its Bahamas medical shipment was obtained by the Herald. It reads, “Due to a April 3rd, 2020 Presidential Memorandum regarding the allocation of certain scarce or threatened health and medical resources for domestic use, the items below cannot be exported until further notice.” The list went on to mention various types of single-use, disposable surgical masks, including N95 respirators and medical gloves.

Earlier in the week, the State Department suggested to the Miami Herald that media reports about seized medical exports might not be accurate. Late Friday, the White House issued a different statement after the ministers went public.

“The United States, like many other nations, is currently experiencing a high demand for ventilators, masks, gloves, and respirators that is straining available supplies and production capacity,” a senior administration official told the Herald. “President Trump has made clear that this Administration will prioritize the well-being of American citizens as we continue to take bold, decisive action to help slow the spread of the virus and save lives.”

The official went on to say that the administration “is working to limit the impacts of PPE domestic allocation on other nations. The United States will continue to send equipment and supplies not needed domestically to other countries, and we will do more as we are able.”

#UPDATE: President Donald Trump responds to a question during today’s White House press briefing relating to allegations made by multiple Caribbean states that US was blocking the shipment of vital medical supplies which are instrumental to their coronavirus response (NBC News) pic.twitter.com/Vpi6O6PgbK

During Friday’s Coronavirus Task Force press briefing at the White House, President Trump acknowledged the high demand for the United States’ ventilators and testing kits, which Caribbean health officials have said are also banned from export.

But when asked by a McClatchy reporter about the Caribbean and the accusation that the U.S. was blocking personal protective equipment in certain cases, Trump implied that the shipments were being caught up in drug trafficking and seizures.

“Well, what we’re doing, we have a tremendous force out there, a Naval force, and we’re blocking the shipment of drugs,” he said. “So maybe what they’re doing is stopping ships that they want to look at. We’re not blocking. What we’re doing is we’re making sure; we don’t want drugs in our country, and especially with the over 160 miles of wall, it’s getting very hard to get through the border. They used to drive right through the border like they owned it, and in a certain way, they did.”

“What we’re doing is we’re being very tough and we’re being tough because of drugs and also human trafficking,” he added. “We have a big Naval force that’s stopping, so maybe when you mentioned that, maybe their ships are getting caught. But we are stopping a lot of ships and we’re finding a lot of drugs.”

The LA Times reported earlier this week that seven states have seen the federal government seize shipments of necessary medical supplies, including thermometers and masks, without saying where or how they planned to reallocate them.

Caribbean health ministers, who have been warned by the Pan American Health Organization to expect a spike in COVID-19 infections in the coming weeks, have tried to assure their citizens that they are not relying solely on vendors in the United States to help their response to the respiratory disease.

They have also placed orders with suppliers in China and South Korea, they have said. McLaughlin, the Cayman premier, recently announced that the territory recently sold thousands of extra coronavirus test kits it had purchased, at cost, to Bermuda and Barbados.

It has been slightly more than 100 days since the World Health Organization declared the coronavirus to be a global pandemic, and just over a month since the first cases were registered on March 1 in the Caribbean, beginning with the Dominican Republic and the French overseas territories of St. Martin and St. Barthélemy. The first confirmations of COVID-19 in the English-speaking Caribbean came on March 10 when Jamaica recorded its first case, followed by St. Vincent and the Grenadines and Guyana the next day.

Since then, the number of cases has grown to more than 4,000 across 33 Caribbean countries and territories, with over 185 deaths, according to the latest available statistics compiled by the Caribbean Public Health Agency.

The Bahamas currently has 41 confirmed cases and eight deaths. Sands said the island nation, which is still recovering from last year’s deadly Hurricane Dorian, is “in the middle of our surge.” As a result, he’s trying to build the country’s capacity to handle COVID-19 infections by ensuring that healthcare workers, police and defense force officers are armed with masks, gowns, booties and hazmat suits for the pandemic.

“While we do not have a problem at this point, we do not want to get into a problem,” Sands said. “We have modeled what our burn rate is likely to be so we are just trying to build out our anticipated need to make sure that we stay ahead of the demand. So these shipments, while important, would have been for future needs.”

Sands acknowledges that the United States, which on Saturday surpassed more than half a million coronavirus cases and 20,000 deaths, is in a very difficult position as it becomes the world’s worst coronavirus hot spot and hospitals experience shortages.

“It’s very challenging when you don’t have enough supplies to meet the needs of your own institutions. I am in no way condoning or endorsing anything. I am simply saying as we watch the challenge it is also very, very difficult,” he said. “For all intensive purposes, borders are now shut, and without wanting to be flippant or dismissive, it’s every man for himself and God for us all.”