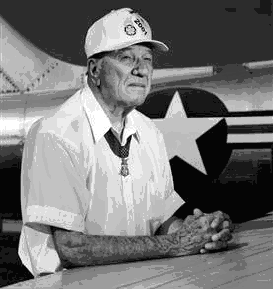 SOME REMEMBER  ED FREEMAN – I DO, AND SO DO OTHERS

It  was a lifetime ago,  November 11, 1967. LZ (landing zone) X-ray.  Your unit is outnumbered 8-1 and the enemy fire is so intense from 100 yards away, that  your Commanding Officer has ordered  MedEvac helicopters to stand down.

You were 19, wounded and dying in  somewhere in  the jungled Central Highlands of Viet Nam .
Huddled on the jungle floor, listening to enemy machine guns shred the air, you know  this is going to be the end.

Your family is half way around the world, 12,000 miles away, and  will never know what really happened.

The world starts blur as you bleed into the foreign soil, in that far away land, and know this is your last day, last hour…perhaps last minutes..

Over the machine gun fire – you faintly hear that throbbing sound  of a helicopter….whup…whup..whup…whup.

The noise grows into an overwhelming sound that deadens the crack of enemy machine guns.

A shadow moves across the sky. You look up to see a Huey coming in. It has no MedEvac markings.  The downdraft from its rotors kicking up a tempest.

Captain Ed Freeman is coming for you. He’s not MedEvac: It’s not his job.. but he heard the radio call  and decided to fly his Huey down into the inferno that’s your world..

Freeman’s  helicopter flares and settles roughly into the middle of the position,  as enemy fire increases, in an attempt to kill the chopper. Shouts in a foreign language can be heard as the distinctive sound of AK-47s and Russian heavy machine guns penetrates your shrinking world.

Freeman looks down as your sweat-soaked friends load injured buddies, three at a time.   Others continue firing towards the pressing enemy.  Gunfire nibbles at the Huey.

Against all odds, Freeman lifts off, up and out through the gunfire to the  doctors, nurses and safety.

That is truly cool bravery, under the very worst conditions. This is not some, heat of the moment situation, in which a guy falls on a hand grenade. This is  an ongoing  commitment that saw Ed Freeman return, time, and time again, when he could have stopped and walked away after one very brave rescue.

With his last flight, people realized that Ed Freeman had been hit 4 times in the legs and left arm.

The pool of those who owe Ed Freeman the debt of life has been an ever-expanding pool over the years, and will go on into future generations. Many will not know who they owe their birth, and life to…. Ed Freeman and his act of bravery so long ago in a far off land in a futile war..

But some of us will remember our friend and what he did so long ago..

I am reminded of the last stanza in “And the Band Played Waltzing Matilda” honoring the memory of those who fought at Gallipoli in World War One.

And now every April I sit on my porch
And I watch the parade pass before me
And I watch my old comrades, how proudly they march
Reliving old dreams of past glory
And the old men march slowly, all bent, stiff and sore
The forgotten heroes from a forgotten war
And the young people ask, “What are they marching for?”
And I ask myself the same question
And the band plays Waltzing Matilda
And the old men answer to the call
But year after year their numbers get fewer
Some day no one will march there at all

Those who were saved on that day, will remember Ed Freeman.

And those of us who have, on occasion, experienced the disconnected reality of flying into and out of dangerous situations, never realizing the true threats, only thinking of the mission…will remember, with true pride – having known and shared the same airspace with Ed Freeman…a giant among giants.