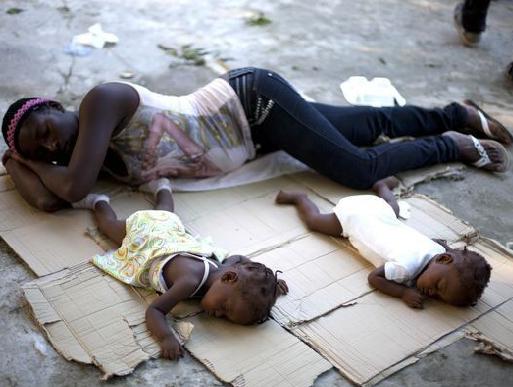 Thousands of Haitian migrant workers cross the border to the Dominican Republic each day, in the hopes of working their way out of extreme poverty and homelessness.

After five years of aid to Haiti since the 2010 earthquake, the Dominican government is beginning to crack down on undocumented immigrants.

According to the New York Times, this could be a problem for many of Haitian descent, who were born in the Dominican Republic and have never even lived in Haiti.

Under “Operation Shield,” the Dominican government has placed more than 2,000 troops along the border to crack down on the flow of migrant workers. This comes after years of migrants working for around $4.50 a day, a Haitian migrant worker told Reuters. They usually work the fields, or dig ditches as the country expands its infrastructure.

One local resort owner in Cabarete told INSIDER that if people cannot provide the necessary documents for registering, they must go. Many of those unable to provide said documents are living in tents, and don’t have the resources to obtain proof in order to receive citizenship.

With more than 10,000 undocumented people already expelled, many worry about what will happen to the estimated 300,000 people living in the Dominican Republic that do not meet the requirements for legal residency.

Illegal immigrants is not the phrase.

The Dominicans have drafted a diabolical law, during 2005, that allows deportation of anyone arriving there after 1929 This means that someone FOUR GENERATIONS LATER can be deported.

They don’t know anyone in Haiti!

Jovenel will have to make this situation a priority after becoming President.