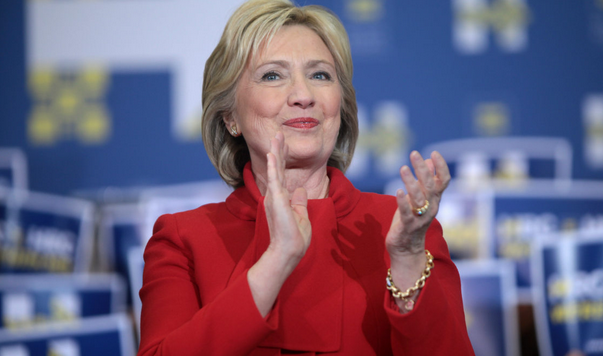 An Iranian foundation recently convicted as a front organization for the theocratic regime in Tehran donated five-figure sums to the infamous Clinton Foundation.

Last week, a New York grand jury ruled that the government can seize a building majority-owned by the Alavi Foundation, agreeing with prosecutors that it is a front group for the mullahs in Tehran. The foundation used the Manhattan skyscraper to garner hundreds of millions in revenue so it could supply cash for its “charitable” endeavors inside the United States.

The Alavi Foundation rarely donated to non-Islamic or non-academic institutions. Alavi spent most of its funds on building Shiite institutions — such as mosques and cultural centers — and installing Iran-friendly professors at prominent American universities.

So its regular donations to the Clinton Foundation — now estimated at around $100,000 — particularly stood out. From 1985 to 2014, the Alavi Foundation — which last year listed its assets at over $100 million — donated to only 13 non-Islamic organizations.

Prominent legislators have labeled the Clinton Foundation as something resembling a money-laundering and influence-peddling operation. Its critics argue that the foundation was primarily utilized to curry favor with the power Clinton family. They point to instances like the foundation’s disaster-relief fundraising efforts in Haiti, which ended up enriching the Clinton Foundation and not doing anything substantive to relieve the suffering of the people on the ground.

When first confronted with the possibility that the Alavi Foundation was an Iranian front group, the Clinton Foundation refused to return its donations.

At the time, in 2015, New York U.S. Attorney Preet Bharara said: “For two decades, the Alavi Foundation’s affairs have been directed by various Iranian officials, including Iranian ambassadors at the United Nations, in violation of a series of U.S. laws.”