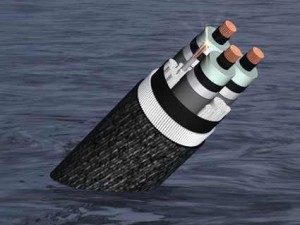 #The Bahamas Telecommunications Company (BTC) is still aiming to enter Haiti’s cellular market, its chief executive confirmed yesterday, arguing that the carrier would effectively be “dead in the water” if it did not expand outside this jurisdiction.

#Speaking at a private sector luncheon to host Haitian president Michel Martelly, Leon Williams said that with new players expected to provide competition in the Bahamian cellular market by either 2015 or 2016, the company would have to grow outside the Bahamas.

#Mr Williams said Haiti represented that opportunity, as BTC has already extended an under-sea fibre optic cable to that country. “In 2005 we negotiated building the fibre submarine cable into Haiti. We had looked at working with the government of Haiti,” he explained.

#“We had made an offer to work with Teleco de Haiti and looked at the possibility of a GSM license, and and an ISP (Internet) license and a cable license. We didn’t capitalise on it and there was a changing of administrations in 2007, and so nothing happened with Haiti.

#“We still have the cable there, it’s working, it’s underutilised and certainly BTC would like to go back into Haiti and see what the possibilities are.”

#Mr Williams. added: “Since we didn’t take the opportunity, Digicel went in. Digicel has 3.5 million customers in Haiti compared to a Cable & Wireless Communications (CWC), which has 1.3 million in the entire Caribbean.

#“I don’t have to tell you that Haiti is Digicel’s number one money earner, and compared to what they take out of Haiti to what BTC’s total package is in the Bahamas, it is almost two to three times as much.”

#Some observers will argue that BTC has already ‘missed the boat’ on Haiti, and that it and its controlling shareholders would be better off first focusing on preparing it to fight off cellular competition on its home turf in the Bahamas. It is also unclear whether entering Haiti would fit with CWC’s plans.

#Mr Williams said that while BTC has remained competitive as the dominant monopoly carrier for cellular services, it has its share of challenges ahead.

#“The challenge for BTC is it is the dominant monopoly carrier of cellular in the Bahamas. We have always been in competition for the Internet services,” he said.

#“Cable has television that we don’t have, and so if they were to get a mobile licence they would have quad play; we would have triple play. BTC certainly has some challenges in front of it.”

#“BTC has to extend outside the Bahamas and grow the market someplace else for top-line revenues or we are dead in the water. It’s not rocket science

#“Some people may argue that I’m pressing the panic button, but it’s reality. Normally the rule of thumb is that a new entrant will take 33 per cent of the cellular customers; that’s 100,000.