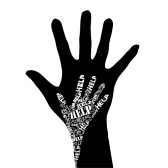 At the Hospital Albert Schweitzer in Deschapelles in central Haiti, a team from Massachusetts General Hospital is among those helping to fight a cholera outbreak that has rebounded since it first struck the country last October.

Five nurses and one doctor arrived on July 17 to work 10-hour days at the hospital, caring for cholera-stricken residents who arrive in droves. Some in need of treatment have walked to the hospital or traveled on horseback; others are so sick they have been carried in.

“New patients are arriving all the time,’’ Dr. Marjorie Curran said by phone from Haiti, where she will spend another week before returning to Boston. “They’re mostly coming from the mountains,’’ she said, making for a difficulty journey.

Cholera appeared in Haiti last year for the first time since the 1960s, and the country’s inadequate sanitation systems caused the disease to spread rapidly. The onset of the rainy season has led to a resurgence of the disease in the past few months, even as the country still reels from the January 2010 earthquake.

According to Boston-based Partners in Health, a health care organization that has operated in Haiti for decades, nearly 15,000 patients sought treatment for the disease at its clinics in June.

That is quadruple the number treated in April – and many health workers are expecting the situation to get worse as heavy rains cause flooding that could contaminate drinking water.

“The big question is, what happens if they get hit with hurricanes?’’ said Curran. “So I think everybody’s holding their breath and waiting to see what happens.’’

Still, the situation is better than last October, when most Haitians had never heard of cholera and many did not go the hospital until it was too late.

“Now, people have one [instance of] very watery stool and they start heading for the treatment center,’’ said Curran, referring to one of the symptoms of the disease. “And that makes it so much easier. . . . Properly treated, cholera has a very low mortality rate.’’

Curran and the nurses spend most of their time in tents right outside the hospital, where she treats 30 to 35 patients a day.

“The Haitian patients are amazing,’’ she said. Many come in with the most severe symptoms of the disease, including diarrhea, vomiting, and leg cramps. And yet, “They don’t complain. It’s just astounding,’’ Curran said.

It is likely that the cholera outbreak originated in Mirebalais, a town of about 60,000 people about 35 miles southeast of Deschapelles. A UN peacekeeping mission had just arrived with troops from Nepal at the time, and DNA sequencing later determined that the cholera strain was from Southeast Asia.

According to the Haitian government, more than 363,000 people have contracted the disease, and more than 5,500 have died since the epidemic began.

It will be hard to prevent future outbreaks unless the country’s water sanitation system improves.

“This is a pattern that we might see, quite literally, every rainy season,’’ said Dr. David Walton, a physician at Brigham and Women’s Hospital who has been traveling to Haiti for more than a decade with Partners in Health. “Educational campaigns only go so far.’’

Massachusetts General Hospital plans to send more teams to Haiti in shifts, but the team there now is also focused on training Haitian medical staff in procedures including inserting IV tubes, reducing infections, and processing patients.

“You want to teach the providers in the country to be able to do things themselves,’’ said Curran. “Soon they won’t need us, I’m hoping.’’