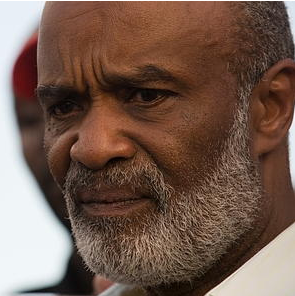 SINCE JANUARY’S devastating earthquake in Haiti, well-meaning experts have proposed an abundance of short-term and long-term recovery solutions. They ask why aid delivery has been so slow, why previous development plans for Haiti have rarely been successful, and why billions of dollars in funding over decades have not improved conditions for the most impoverished people in our hemisphere.

Some blame the government of Haiti, while others, including the organizations we represent, often point fingers at the international community. The simple answer is that those who have the greatest stake in rebuilding Haiti, Haitians themselves, don’t now and never have had a real seat at the table.

While Haitian resilience has been duly recognized around the world, few appear to be interested in talking to Haitians about how to rebuild their communities and how the billions likely to be pledged to their country will be used. And no one is talking about what recourse Haitians will have if promised projects are never completed, or worse, pledged money never arrives. Unfortunately, past failures can be found in every community across Haiti – water projects that were promised but never built, resulting in water-borne illness and death; food aid that was delivered, but spoiled or sold in markets below the prices asked by local farmers; non-government organizations that started educational programs, but then shifted priorities, leaving children without access to schools.

From our perspectives as a Haitian-American and an international human rights advocate, both working to protect the most basic of human rights, including the rights to health, water, and food, we know the people of Haiti not only deserve, but are entitled to better lives.

The solution is simple, practical, and driven by human rights. Representatives of donor states, government agencies, NGOs, and international organizations should meet with Haitians to discuss their communities’ needs, be it a water source, a school, a road or health center, and then determine specifics like where it should be constructed, how it will be maintained and when it will be completed so communities know what to expect before breaking ground. If it is behind schedule, poorly maintained, or never built, community members should be able to report back to an independent body that is partnered with the Haitian government and can track all such complaints.

In the short-term, the international community and the Haitian government could create a traveling body to help community members track any problems with current projects. Information gathered through this body would be accessible to the Haitian people, a critical first step toward ensuring that the principles of participation, transparency, and accountability are more than mere slogans. In the future, community members could work with their government to develop a more permanent monitoring infrastructure across the country.

This month, all concerned eyes will be on the United Nations-hosted donors conference convening in New York. Experts will gather to discuss development strategies and donor countries will make public pledges of support to Haiti. In addition to the few elected leaders and a handful of NGO representatives who will speak to the donor states, representatives of the people we know and work with should be present and heard. These are people who, after suffering untold loss, still live in the streets of Port-au-Prince, starving nearly two months after the earthquake, or live in rural areas dealing with skyrocketing food prices because of the influx of earthquake survivors into their communities, or are among the millions who suffered without access to clean water long before the earthquake hit.

Those who have worked in Haiti and other places around the world and have suffered large-scale death and destruction know that successful long-term recovery needs to be driven by the people most intimately affected. Beyond the enormous funding and international experts needed to rebuild Haiti, it is time to make a new pledge – to heed and support the experts who can truly rebuild Haiti, the Haitian people.

Quote…“….community members should be able to report back to an independent body that is partnered with the Haitian government and can track all such complaints.”

The writer talks about well-meaning foreigners meddling in Haitian affairs….and I agree with this comment, absolutely agree with it!!

That Haitians should control their own destiny is also a great idea.

If they want to do this on their own, the International Community would probably agree with this, this agreement coupled with a concern for the millions of Haitians who do not really have anything to say about their destiny. People like the writer will feel that their education, and position in society should give THEM the right to control the destiny of Haiti’s majority, the Traditional Society.

The writer’s reply, and others at her level, will counter this statement with comment to the effect that the Traditional Society – be somewhat primitive, does not really know what is best for them…but the more educated and cultured people do.

One layer up – not necessarily any brighter or more qualified – members of the International Community and NGO leaders…will say that Haitians are not capable of managing millions, let alone billions. (Of course, many of them should be viewed in the same way.)

And so it goes, a daisy-chain of “I’m more right than anyone else…”

Haitians should have a greater say in what is done, and what isn’t done – no question of that.

Haitians cannot really expect the International Community or NGOs to turn financial control over to their Haitian counterparts and the reasons for this are simple. Until Haitians can prove their ability to manage – and not steal massive quantities of funding – no one is going to give them control of the purse-strings.

This is up to the Haitians and – to date – their record is truly abysmal.

Preval is a classic example.

He and his associates have stolen everything that isn’t tied down.

They stole $198,000,000 from Petro Caraibe funding targeted for Gonaives reconstruction..

Two days after the quake, Preval sent Dimitri Vorbe to purchase food packets at $20.00 US each. They went to the Dominican Republic and purchased time-expired material at $2.00 each and pocketed the rest, a donation of funds from the International Community.

Now they demand that all relief supplies be turned over to them. One holding Title Preval can, and will do anything he wants. More fortunes will be made as more Haitian peasants starve to death or die from quake related elements.

Huge quantities of relief supplies are being sold by Preval’s associates, on the streets.

When the Canadians offered Preval material assistance, he declined…saying he wanted cash.

I am interested in just how anyone could hope to have a meaningful relationship with Preval and his dysfunctional government. It was unable to meet ongoing challenges, before the quake.

After the Quake, Prime Minister Bellerive’s first reaction was a run for the border with $8,000,000 in an aluminum Halliburton case.

Where are the responsible, competent, honest, patriotic, dedicated Haitians that can be trusted with coordinating the reconstruction of their devastated homeland.

I know they are out there – somewhere – but the haven’t surfaced as of this moment.