Haitians are upset by the reconstruction effort managed by the Clintons. MARY ANASTASIA O’GRADY May 18, 2014 The Americas

The news website Tout Haiti reported last month that two prominent lawyers have petitioned Haiti’s Superior Court of Auditors and administrative Disputes, demanding an audit of Bill Clinton’s management of the Interim Haiti Recovery Commission (IHRC). There are powerful interests that won’t want to see the petition succeed and it may go nowhere. But the sentiment it expresses is spreading fast. In the immortal words of Charlie Brown, Mr. Clinton has gone from hero to goat.

Four years after a magnitude 7.0 earthquake toppled the capital city of Port-au-Prince and heavily damaged other parts of the country, hundreds of millions of dollars from the State Department’s U.S. Agency for International Development (USAID), allocated to the IHRC, are gone. Hundreds of millions more to the IHRC from international donors have also been spent. Left behind is a mishmash of low quality, poorly thought-out development experiments and half-finished projects.

Haitians are angry, frustrated and increasingly suspicious of the motives of the IHRC and of its top official, Mr. Clinton. Americans might feel the same way if they knew more about this colossal failure. One former Haitian official puts it this way: “I really cannot understand how you could raise so much money, put a former U.S. president in charge, and get this outcome.”Allow me to hazard a guess:  While Mr. Clinton was running things for the IHRC, and the U.S. was leading the reconstruction effort, Hillary Clinton was the U.S. Secretary of State, which means that Mr. Clinton was reporting to his wife. 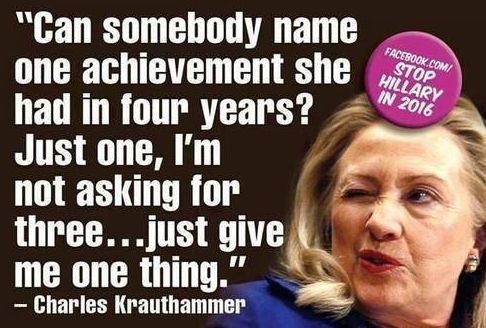 Cheryl Mills, Mrs. Clinton’s chief of staff and counselor to the State Department (an adviser and consultant to the secretary), traveled to the country an estimated 30 times in four years. A State Department spokesman told me that “reflected the high priority the United State places on Haiti’s recovery and development.” Requests for comment from Mr. Clinton, through the Clinton Foundation, about the petition and his IHRC record went unanswered.

Former US President Bill Clinton and US Secretary of State Hillary Clinton attended the grand opening ceremony of the new Caracol Industrial Park in Caracol, Haiti on October 22, 2012. 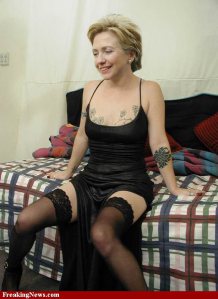 The Clinton crowd has a lot of experience in Haiti. After President Clinton used the U.S. military to return Jean Bertrand Aristide to power in 1994, assorted Friends of Bill went into business to milk Haiti’s state-owned telephone monopoly. Telecom revenues were one of the few sources of hard currency for the country so the scheme hurt Haitians. (See Americas columns Oct. 27, 2008, andMarch 12, 2012.) Haitian filmmaker Raoul Peck sheds light on Mr. Clinton’s most recent Haiti adventures in the 2013 documentary “Fatal Assistance.” Mr. Peck uses footage from an IHRC meeting in December 2010, when 12 Haitian commissioners confronted co-chairmen Mr. Clinton and Haitian Prime Minister Jean Max Bellerive, complaining that the commissioners had been marginalized.

Obviously the Haitians didn’t understand. That was the job of the Clinton machine, which controlled the bankroll and could award the lucrative 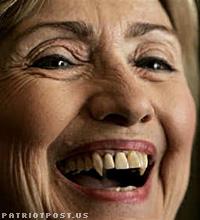 contracts. A June 2013 Government Accountability Office report gave a barely passing grade to USAID’s Haiti reconstruction effort. It said $170 million was allocated to build a power plant and a port near the Caracol Industrial Park, not far from Cap-Haïtien. The two projects “are interdependent; each must be completed and remain viable for the other to succeed,” the GAO explained. The first phase of the power plant was completed on time and under budget. But the port construction was delayed by two years “due in part to a lack of USAID expertise in port planning in Haiti.”

Projected costs, according to the report, say the estimated shortfall of $117 million to $189 million is larger than originally estimated. “It is unclear whether the Haitian government will be able to find a private sector company willing to finance the remainder of the project.”The “Fatal Assistance” film features shoddy housing projects plopped down where there is poor infrastructure and few job prospects.

The GAO report cites other housing snafus. USAID underestimated funding requirements. Its budget went up by 65%, and the number of houses to be built came down by 80%. “Inappropriate cost comparisons were used”; and Haitians, it turns out, prefer flush toilets. Foreign aid is notoriously wasteful and often counterproductive. Even when the money is not going directly to Swiss bank accounts it is rarely allocated to its highest use because the process is fundamentally political. Contractors with all the wrong training and incentives but the right connections have the best chance of winning jobs. No surprise, the GAO says that USAID’s Haiti reports have been incomplete and not timely. Haitians are bitterly disappointed. But with Mr. Clinton in charge, supervised by Mrs. Clinton and her State Department sidekick, the outcome was predictable.

1 thought on “Bill, Hillary and the Haiti Debacle”