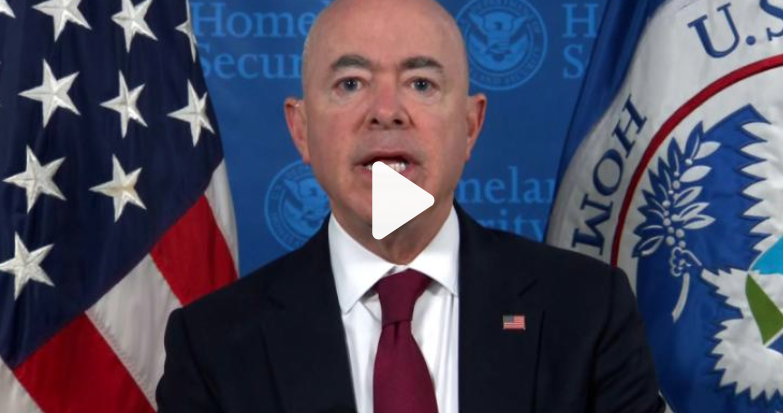 The Biden administration is expressing horror over recent images that appear to show US Border Patrol agents on horseback confronting migrants along the Rio Grande.

Videos taken by Al Jazeera and Reuters appear to show law enforcement officers on horseback using aggressive tactics when confronting migrants, who are largely Haitian, to prevent them from crossing into the US.
A law enforcement officer on horseback is seen in the Al Jazeera video swirling long reins near a group of migrants. Shortly beforehand, another individual on horseback is heard yelling at the migrants, saying, “You use your women? This is why your country’s sh*t, because you use your women for this.”Although the profanity is redacted in the video report, Al Jazeera English reporter John Holman published the full quote — he attributed it to an unnamed Border Patrol agent — on his Twitter.
At one point in the Reuters video, an officer’s horse nearly charges into one of the migrants, who falls back and into the water. That video shows the officers at the water’s edge, twirling the long reins as migrants crossed the border at the US shoreline of the Rio Grande. Then, as the law enforcement officers attempt to corral the migrants, one of the officers appears to whirl the horse reins near one of the migrants.
Vice President Kamala Harris called the images “horrible” and said she supports an investigation into the matter.
“What I saw depicted about those individuals on horseback, treating human beings the way they were, is horrible. And I fully support what is happening right now, which is a thorough investigation into exactly what is going on there,” Harris said on Tuesday.
“But human beings should never be treated that way and I am deeply troubled by it and I’ll also be talking with (Department of Homeland Security) Secretary (Alejandro) Mayorkas later today about it,” Harris added.
Harris would not say whether she would expand her role leading diplomatic efforts to slow the migration in Central America to include the migration issues of Haiti but said more needs to be done to support the basic needs of the Haitian people.
The migrants are located at a temporary site under the Del Rio International Bridge in Texas as they wait to be processed by US immigration authorities. They sleep in the dirt, surrounded by growing piles of garbage, exposed to the elements and without much food and water, in hopes of being processed by the overwhelmed US Border Patrol.
Earlier Tuesday, Mayorkas said he was “horrified” by the situation.
“I was horrified by what I saw,” Mayorkas told CNN’s Brianna Keilar on “New Day.” “I’m going to let the investigation run its course. But the pictures that I observed troubled me profoundly. That defies all of the values that we seek to instill in our people.” 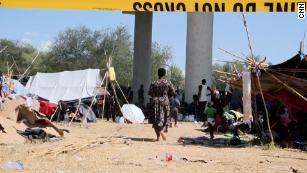 Video from border shows agents pushing people back on horseback. CNN speaks to migrants there 03:21
Mayorkas announced Monday that department would investigate the situation. When asked by Keilar if it was a “crisis,” he called it a “heartbreaking situation” and a “tremendous challenge.”
“I, by no means, diminish the humane issue that it presents, but I want to be clear that we do have a plan to address it, respecting the needs of the individuals and we are executing on that plan,” he said.
Mayorkas said US authorities have “moved approximately 4,000, perhaps more than 4,000 migrants, from under that bridge already,” adding that they are moving more migrants “very quickly to other processing centers so that we can ensure their security and safety and the security and safety of the community.”
He added, “We expect to see dramatic change in the next 48 to 96 hours.”
Asked about President Joe Biden’s reaction to the video, White House press secretary Jen Psaki said Tuesday he “also felt they were horrific and horrible.”
“I think it’s important for people to know that’s not who we are, that’s not who the Biden-Harris administration is, and we’re going to absolutely pursue that investigation and get to the bottom of what happened here,” she said on “CBS Mornings.”
Mayorkas, who on Tuesday defended the use of horse patrols, said the images defy “all of the values that we seek to instill in our people” and said the US government and humanitarian organizations have been working to address the situation.
“I saw the values that we do instill in our people in exhibition when I visited under the bridge and saw them work with the American Red Cross, the Department of Health and Human Services, World Central Kitchen, in addressing the needs of a vulnerable population of migrants under the bridge in Del Rio,” he told Keilar. “That reflects who we are, and any mistreatment or abuse of an individual defies … our values and who we are and what we stand for.”
This story has been updated with additional reaction and background information.