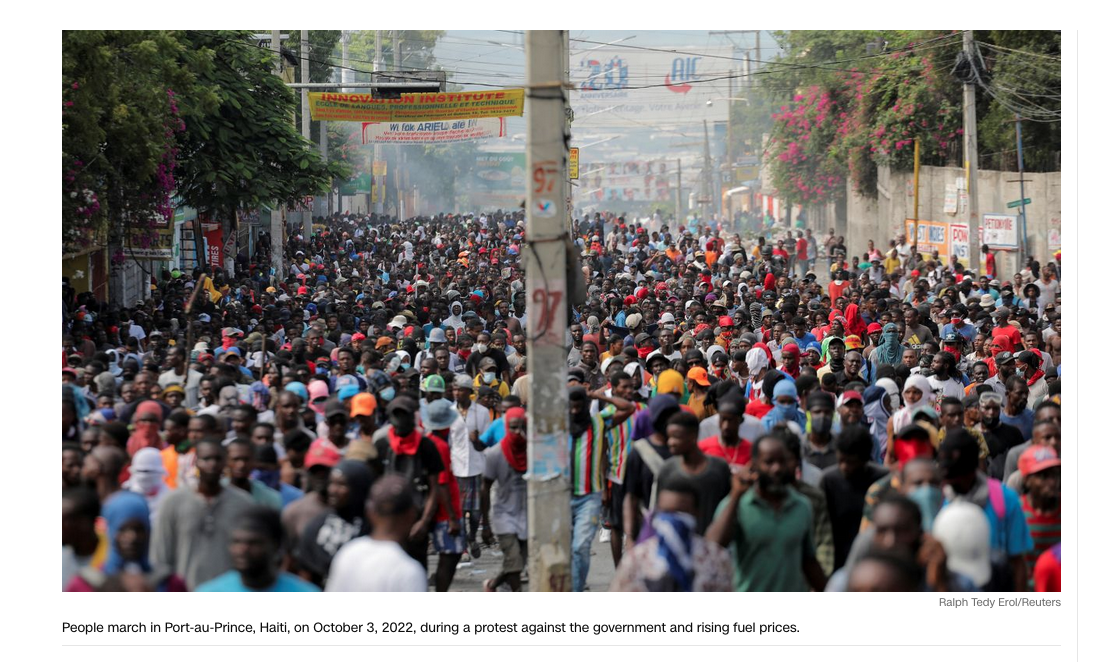 The United States has drafted a United Nations Security Council resolution that would support the deployment of a rapid action force to Haiti immediately as the country faces widespread crises, a US official has confirmed.

The effort appears to be an about-face for the Biden administration after a US official said earlier this week that it was “premature to talk about a US security presence” inside of Haiti. But it remains unclear exactly what role the US would play in this rapid action force.

The resolution was first reported by the Miami Herald.

Meanwhile, the US Agency for International Development has deployed a disaster assistance response team to Haiti, following a short visit to the Haitian capital of Port au Prince earlier this week by a high-level delegation dispatched by the White House.

‘Rape has become a weapon’ for Haiti gangs, says UN

Conditions in Haiti appear to get worse by the day, with simultaneous health and security crises unfolding, including a cholera outbreak, shortages of food and fuel, widespread protests, and unchecked gang violence. The United Nations released a grim report on Friday accusing the country’s powerful gangs of using rape as a tool of intimidation and control.

On Sunday, UN Secretary General António Guterres called for support to the Haitian National Police, after the country had requested such outside help.

Port-au-Prince was the site of brutal gang battles this summer that saw whole neighborhoods set aflame, displacing thousands of families and trapping others in their homes, afraid to leave even in search of food and water.

Their fury was further fueled last month when Henry announced that he would cut fuel subsidies in order to fund the government – a move that would double prices at the pump. Haiti’s powerful gangs have exacerbated the fuel crisis by blocking the country’s main port in Port-au-Prince.