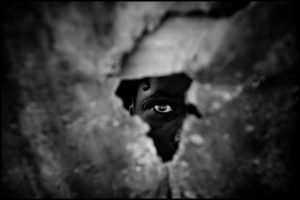 Why is desperately needed aid logjammed at customs? Some say it’s because you have to grease the right palms to get it through.
BY FRANCES ROBLES
frobles@MiamiHerald.com

PORT-AU-PRINCE — Water filtration tanks that would provide orphans with clean water during a cholera epidemic have been stuck at Haiti’s main port since Nov. 22, hostage to customs red tape.

They’re joined by 700 dust-covered automobiles and at least six ambulances shipped by nonprofit groups. Two donated rescue vehicles have been there for nearly a year.

“You spend days and days getting some paper customs asked for, and then they come up with something else,” said Chad Walsh of Grassroots United, a small aid organization that needs the 450 water filters for an orphan de-worming program.

Haiti’s struggle to recover from last January’s 7.0 earthquake has been hamstrung by a massive bottleneck at customs. To some, the culprit is corruption, and the solution is to grease the right palms to get products moving to their intended destinations.

But to others it’s not that simple. Haiti has a culture of bureaucratic inefficiency that has been overwhelmed by a tidal wave of incoming charitable goods. The government defends the delays, arguing that some alleged donations are actually intended for sale but disguised as aid by opportunists who hope to maximize profits by avoiding Haiti’s enormous import fees.

And so, desperately needed goods sit at the port while reconstruction stalls and people get sick and die.

Whether due to corruption or ineptitude, Grassroots United learned that getting water filters into Haiti is not as easy as it sounds.

“They wanted an invoice showing the monetary value,” Walsh said. “We got that; it had a black speck on it from the printer, so the guy at customs said: `Hmmm. I don’t know if this is going to work.’ ”

Oxfam, the British aid organization, had eight cars stuck in customs for a full year.

The 48 bunk beds the church group sent for its Mirebalais orphanage sat in customs for four and a half months until a $6,000 fee was paid last week, despite its 10-year history as a nonprofit group in Haiti.

“We want to pay taxes, but how much should it be?” said Homestead pastor Marcel Baptiste, a missionary. “If you bring a car, they want to charge you 48 percent of the price. They wanted to charge us $20,000 for a loader that was given to us for $1.”

Aid agencies routinely pay steep storage fees for the time the “duty free” items gathers dust at customs during the haggling. Baptiste’s group paid seven grand to get the loader out.

“If Haiti gets $10 billion in aid, I would say anywhere from 1 to 5 percent of that is going straight to corruption,” said Kelso, who spent so much time doing quake relief last year that he contracted malaria and lost portions of both feet.

He estimates that his organization paid $30,000 in extra customs taxes last year alone.

“That money is in the pocket of a small and elite group of people,” Kelso said.

Customs director Jean Jacques Valentin becomes irate at the suggestion of corruption and indicated that many organizations are profiting from donations.

“I spent all of 2010 explaining the customs process. I am not going to spend any more time trying to defend it,” Valentin said. “This is a public operation that is a service, which has rules and regulations which need to be respected.” 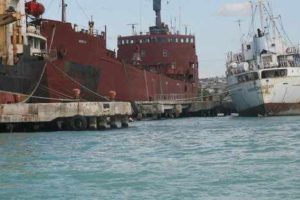 The Haitian government estimates that the Jan. 12 quake killed up to 300,000 people and in the early months destroyed 65 percent of Haiti’s commerce and 85 percent of its tax receipts. Haiti’s government was largely financed through port tariffs, which were among the highest in the Caribbean.

Its corruption index was also rated by Transparency International as among the world’s highest.

Months after the quake, the country was eager to return to normalcy, when the majority of items being sent to the country were not tax-free donations.

According to a trade analysis done for The Miami Herald by Datamyne, a Miami company that has the largest searchable trade database in the world, a third of the $504 million in goods exported to Haiti from the Miami customs district the first 10 months of 2010 were charitable goods.

Soon after the quake, Haitian authorities began to suspect that disaster relief agencies were using their tax-free status to ship items they planned to sell.

“They come here to make money,” Valentin said. “People are profiting from this country’s problems. They are liars. Can they explain the money they are spending or stealing?”

Port Director Joseph Alcime Henry said many people blame the port for delays that are outside its control.

“You say, `You have to pay this amount,’ and people say, `What? I am not paying! I have no money,’ ” Henry said. “They ship something that’s worth $10, and they make a customs declaration that says $1.”

“The government is underfunded and needs to get as many dollars possible from every box,” McCune said. “I don’t necessarily think it’s nefarious. You have government officials going around in beat-up trucks and on foot seeing all these brand new trucks coming in, thinking: `Wait a minute. We can’t even get a ride to the clinic!’ ”

His community’s donation of a school bus filled with clothes and food took several months and cost $5,800 to release, McCune said.

Small organizations like his say they feel the brunt of the delays, because they have less experience and influence. Like many groups, Prizm has tried for months to become a registered nongovernmental organization in Haiti, which brings with it duty-free status.

But even the largest emergency response organizations that are registered in Haiti report the same difficulties, and are hit up for steep fees.

“We have had cars sit there for months,” said Red Cross spokeswoman Julie Sell. “Sometimes the problem is the license plate, so they let them out but don’t let us drive them. Of course, there’s always various requests for money.”

Henry, the port director, said all requests for money are official fees. The system is computerized, and it would be too difficult for a single person to hit a shipper up for a bribe, he said.

He acknowledged that the port operates with 300 employees when it used to have 1,000. Most of those former workers, he said, were political ghost jobs.

Haitian law requires organizations to be working in Haiti for at least a year before they can enjoy NGO status.
“A lot of people are coming to Haiti but only to have a one-time business,” he said. “They come with a truck, they come with a container, and they want to have all of the benefits of an NGO here.”

Bellerive said many of the complaints about red tape are false.

“In many instances where we were directly involved, we learned that in a lot of cases, they didn’t have the first documentation necessary to introduce the product or goods or container into the country,” Bellerive said.

But aid groups say they can never get the right documentation.

“They keep changing what a `proper document’ is,” Kelso said. “It’s a shell game: now you have it, now you don’t.”

Many groups wind up hiring fixers or brokers to help get goods released, which critics say helps feed an inefficient system rife with corruption.

Adam Marlatt, founder of Global DIRT (Disaster Immediate Response Team) has become a volunteer fixer. He said even well-respected organizations such as the United Nations’ World Food Program and the University of Miami’s Project Medishare have vehicles stuck at the port.

Project Medishare’s three ambulances have been there for at least three months, he said.

“Today we rolled up on a dump truck that had crashed into an SUV and a tap-tap,” — a Haitian bus, Marlatt said. “The ambulances we could have utilized were sitting in customs.”

Experts say the reasons for the delays vary, and include the government’s desire to protect local industry. Every four-wheel drive vehicle that sits in the port represents one that must be rented from local companies.

“I’m sure there’s a tipping point where someone says it’s not worth it, but I haven’t gotten there yet,” Kelso said. “When you see a lady walk away with two weeks of groceries on her head, and when you see kids sleeping in a bunk bed with a mattress and a pillow, you see it’s worth it.”