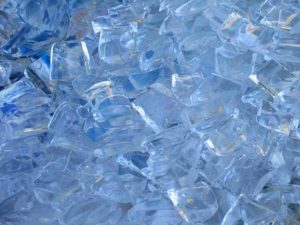 PORT-AU-PRINCE, Haiti (Dec. 10) — Reporting on chaos is often about the wait, as much as the action. In Haiti, waiting for things to be set on fire, waiting for United Nations troops to react, waiting for the police to pass by with their guns. Waiting for statements from officials.

“Those in power there are trying to subvert the will of the people,” Leahy said in a statement. “The United States must come down squarely in support of the Haitian people’s right to choose their leaders freely and fairly.”

A spokesperson told AOL News that the senator based his request on the stark discrepancies between the election results announced by the government and information from other sources, including the U.S. Embassy.

The U.S. Embassy, as well as U.N. Secretary General Ban Ki-moon, are also concerned about the post-election situation here.

Today, the streets quieted for the first time since the controversial results were announced Tuesday night, and some stores began to re-open.

Thursday, fires continued to rage in the streets of Port-au-Prince, and Haitian news sources reported at least three deaths. In this neighborhood, singing, stomping protests of hundreds were accompanied, at the edges, by roving gangs of vandals and arsonists.

By 4 p.m. Thursday, most exposed windows in this neighborhood were shattered. On Wednesday, crowds set fire to the local Inite office, the political party of Jude Celestin, current President Rene Preval’s choice to replace him.

Preliminary election results showed Celestin with 22 percent of the vote, which makes him eligible for a January run-off with first-place finisher Mirlande Manigat. She received 32 percent.

Michel “Sweet Micky” Martelly, a crowd favorite, particularly in the Port-au-Prince suburb of Petionville, received 21 percent of the vote, about 6,000 votes fewer than Celestin. The narrow margin set tempers and fires flaring in this city, where many oppose the Preval administration and see Martelly’s exclusion as a ploy to control the outcome in the president’s favor.

This morning, hundreds gathered outside supermarkets in Petionville, waiting for them to open. Waiting, after three days of unrest, for normalcy to return.

“It’s just not prudent,” one store owner told AOL News. He came to the store to survey the situation; when he saw people already gathered at the door, he became fearful of a rush. Other owners repeated the sentiment.

“We’ve been closed for three days; it’s not fair,” he said.

“Even if they do open,” a neighbor said, “what do they do with the money? The banks are closed.”

By noon, a few stores decided things were calm enough to brave the risk.

The protests here on Tuesday quickly turned into riots, then vandalism, then outright violence. Gangsters, followed behind by young boys, descended on motorcycle taxi drivers and demanded gasoline to start their fires.

This week, every motorcycle in the city is decorated with Martelly campaign posters, mostly to secure their own safety. People walking through the streets keep wallet-sized pictures in their pockets and yell, “Tet Kale!” his campaign slogan, on demand.

For some part of every day, gangs have been in a cat-and-mouse chase scene with local police in Petionville. The town itself is laid out like a small checkerboard, with a church and town square at one end, and roads into the valley at the other.

Police would charge the groups, around corners, with guns pointed and shoot a half-dozen times in the air. The kids would run, laugh, throw rocks, pick a new building to destroy. The police do not seem inclined to arrest people. Thursday, a U.N. helicopter circled the town, surveying the scene.

Protests in Haiti have also been co-opted by supporters of Celestin, who waged war on their opponents Thursday in Cite Soleil, a vast urban slum.

Away from the streets, the war of words continues on the radio airwaves. Local power brokers of every caliber are now issuing statements. All three major candidates have stated, some through representatives, that they believe they received more votes than were tallied. The broadcast statements of Preval, Martelly and Celestin were all pocked with static and echoes, and sounded like they were recorded in a cave.

Boys on the street listened to Martelly’s 15-second statement on Thursday with amusement, when the recording seemed to cut-off abruptly in a mysterious static haze.

Though the electoral council has suggested a recount, it is unclear what the parameters of that would be. People didn’t like the first count. Insiders agree the fraud — ballot box stuffing and intimidation of voters — occurred at the polling stations, so any new review would likely reveal the same or similar numbers.

Martelly’s campaign has been, at least initially, opposed to the idea, because a “recount” creates a legal gray area from which it might be more difficult to oppose the numbers at a later date.

Meanwhile, some stores in Petionville today shut almost as soon as they opened. The honking of cars and taxies was followed, at times, by an eerie silence, then noisy upset, as groups of young men debated each other in the streets.

So, as usual, the future is unpredictable here. Haiti waits for news, and the news waits for Haiti. There have been no fires yet today in Petionville. Shoe sellers have laid out their wares and watch them quietly. Cars move quickly between intersections, watching.