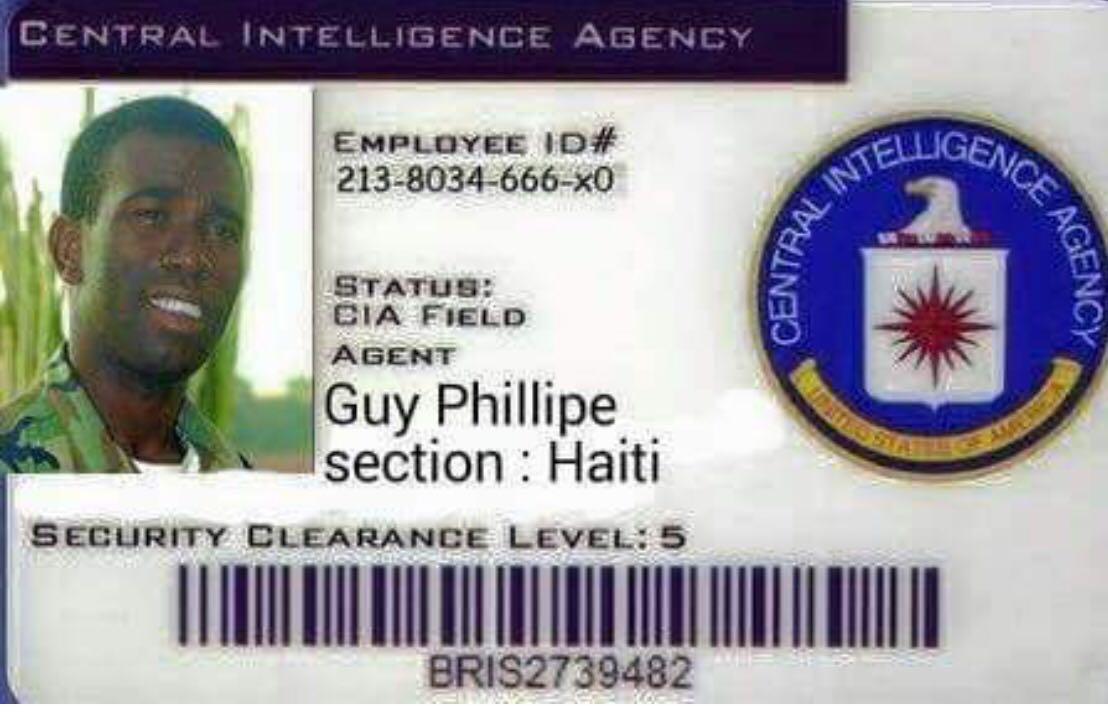 This very poor forged ID card has been circulating.

The Martelly passport forgeries were juvenile. This CIA card is of lower quality. Check where the white out almost gets the lettering and crest.

The photo is from the Internet.

Counterfeiting a CIA ID card is a Federal Offence.

And then there are the articles, claiming that America’s ambassador has contacted media owners, asking that they stop broadcasting any information on the arrest of Guy Philippe.  This would not be politically correct and also conflict with the American Constitution’s First Amendment, guaranteeing free speech.

We have also receive material, full of spelling errors, and other stupidities, claiming there was an article in the Washington Post, Miami Herald, US News for Haiti report, along with Weekiliks.   (Wikileaks)

Guy is in solitary confinement and hasn’t talked to anyone yet.

Their spelling of Wikileaks –Weekiliks was sophomoric.

The latest rumor sees US Marines landing in Jeremie within 78 hours. The first effort at the Marine rumor saw 78,000 Marines arriving. Someone must have realized we only had 23,000 in 1994 so they stopped giving numbers, but gave us 78 hours of tension.

Parliament met today with only Ambassador Mulrean and MINUSTAH chief Sandra Honore in attendance.  Honore is Haitian, but has never publicly admitted this.  She sat there like a clothes peg, beside Mulrean, at the Senators and Deputies competed to see who could more aggressively abusive.

Privert and Aristide have opened a furnace door that cannot be closed until they are eliminated. 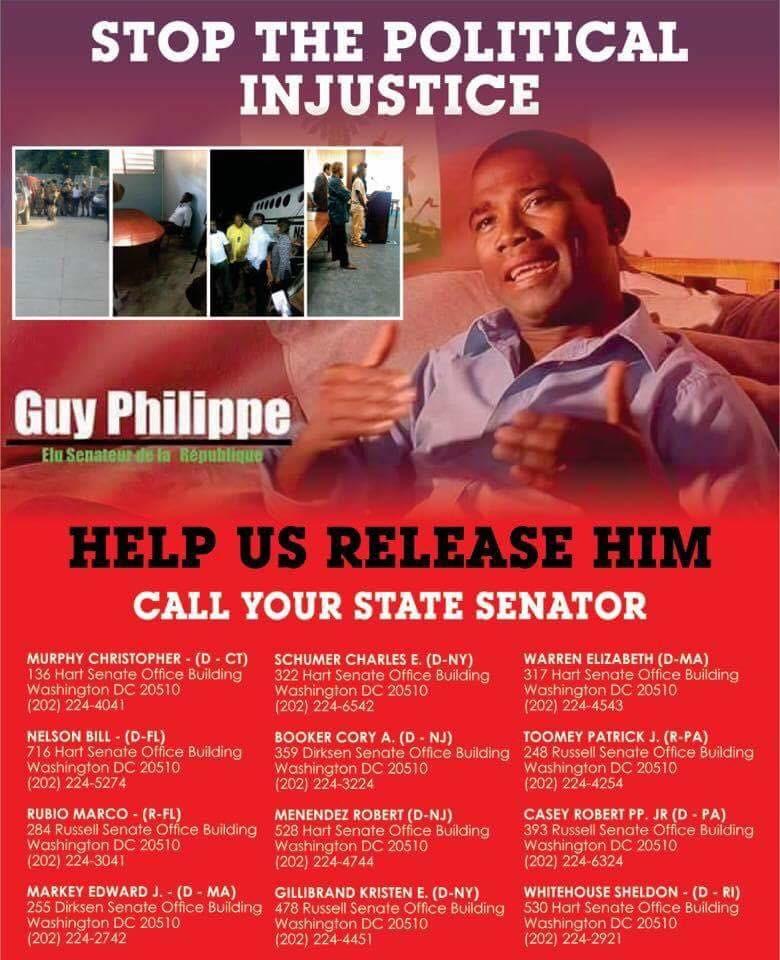 HERE IS A LINK AND SCREENSHOT OF THE SOURCE OF THE FORGED ID CARD’S IMAGE. THIS CAME FROM A CURSORY SEARCH ON GOOGLE IMAGES.

The original image is here ->