The boldness of these crimes is stunning!

There was a time when people used indirect means of piping funds from Haiti, into the American system. Now there is no effort to shield the transactions.

There are certain regulations, within the American system, that requires justification of the possession of funds in  the States. There is also the requirement for anyone holding a Green Card to file income tax forms, declaring their global incomes, even if the funds are not taxable in the States.

In other words, a Green Card holder, residing in Haiti for most of the tax year, must declare all sources of income, even if these dollars are not subject to American taxation.

If you make $300,000 from kidnapping someone, this should be declared on your tax returns!

With this in mind, a Green Card holder, who acquires a $1,000,000 home in Coral Springs must declare the source of income that supported this purchase, even if the funds were stolen, or generated with the sale of cocaine.

These regulations were what put the notorious mafia leader, Al Capone, behind bars. It wasn’t drugs, prostitution, gambling, murder or illegal alcohol. It was tax evasion!!

Gedeon’s wife and children are already living in Coral Springs, away from the chaos of Haiti. The kids are in good schools and the family moves around in a couple of expensive vehicles. All the comforts of life in a wealthy suburb, while Haiti’s 12,000,000 exist in the chaotic, dangerous, bankrupt situation created by the dysfunctional PNH.

People like this should be forced to live within their homeland. Why should Gedeon’s wife and children live in luxury while some families, in Haiti’s Northwest, are actually dying of starvation? 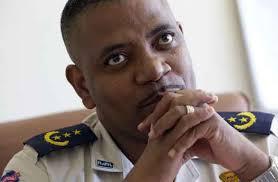