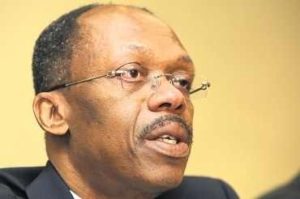 “The president is due to take a flight out Thursday afternoon,” the official said, speaking on condition of anonymity, adding that Aristide was expected to give a news briefing before his departure.

“The details of the route will be given at the briefing,” the official added.

The charismatic Aristide, Haiti’s first democratically elected president, has been exiled in South Africa since being forced from power by an armed rebellion more than seven years ago.

He has been living in an official residence in Pretoria with his wife and two daughters.

The United States has urged Aristide not to return to Haiti before Sunday’s presidential run-off election.

“Former president Aristide has chosen to remain outside of Haiti for seven years. To return this week can only be seen as a conscious choice to impact Haiti’s electoral process,” US embassy spokeswoman Elizabeth Trudeau said.

Washington had urged Pretoria to encourage Aristide to stay in South Africa until after the vote, but deputy foreign minister Marius Fransman said Tuesday that his government had no responsibility to say if he should stay or go.

Aristide’s US lawyer Ira Kurzban told AFP yesterday that the former leader feared a new Haitian government might try to block his return if he waited until after the polls.

“He is genuinely concerned that a change in the Haitian government may result in his remaining in South Africa,” Kurzban said.

The election pits a popular singer against a former first lady in a tight contest to succeed President Rene Preval.

November’s first-round election was marred by violence and fraud and the shattered country is still struggling to rebuild after a devastating earthquake 14 months ago that killed some 250,000 people.