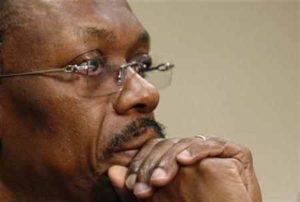 The cleaning up of the abandoned home of Haiti’s former President Jean-Bertrand Aristide is one more sign that the exiled leader is planning a comeback.

PORT-AU-PRINCE — On the western outskirts of the Haitian capital, a large white house shows signs of coming back to life.

Groundskeepers have torn down the campaign posters that a presidential candidate had papered all over the forest-green front gate, trimmed the long lawn, swept the winding, fir tree-lined driveway, and even planted flowers. A light illuminated the two-story house like a lantern one evening last week.

The groundskeepers are busy because they and other supporters anticipate the return of former President Jean-Bertrand Aristide, who has lived in exile in South Africa since he was ousted in 2004. Supporters say the former leader will inject a sense of hope in this nation, battered by a massive earthquake, a cholera epidemic and political unrest.

“If he returns, people will have hope, they will have jobs,” Jean-Hubert Altidor, 30, an unemployed neighbor said outside the property. “He will create jobs for the youth.”

The sprucing up of Aristide’s private estate marks the latest indication that the two-time president plans to return to his homeland. His Miami attorney made a day trip to Port-au-Prince last week to pick up his client’s diplomatic passport.

Aristide’s longtime lawyer, Ira Kurzban, said Friday he is still figuring out how to deliver the travel document to his client, who has remained in South Africa with his wife Mildred and their children since U.S. diplomatic security agents escorted him out of his Tabarre home and onto a U.S. aircraft on Feb. 29, 2004 as a violent revolt engulfed the country.

Looters ransacked the house and ran off with the furniture; a baby grand piano, an oil portrait of the ousted occupant and copies of his autobiography were left behind. They also found a hidden stash of rotting $100 bills; it was unclear to whom the money belonged.

In the years since, Aristide has claimed that he was the victim of a “kidnapping” backed by Washington and Paris. He has spent his exile as a visiting fellow at a university in Pretoria, where he has lectured and presented research papers, such as “Why African descendants are still facing poverty in Haiti.”

Despite his calls to head home, it remained unclear when that might happen because, according to Kurzban, he held an expired passport.

But shortly after former strongman Jean-Claude Duvalier made a surprise entry into Haiti in January, the 57-year-old Aristide announced that he was “ready” to move back. He has said recently that he wants to help Haiti as an educator though his critics scoff at the notion that he would stay out of politics.

“As I have not ceased to say since 29 February 2004, from exile in Central Africa, Jamaica and now South Africa, I will return to Haiti to the field I know best and love: education,” Aristide wrote Feb. 4 in London’s Guardian newspaper. on Feb. 4.

Though it could take weeks before he comes home, rumors of Aristide’s imminent return have dominated the Miami and Port-au-Prince airwaves and Internet. So aggressive are the rumors that a few hundred people showed up at the Port-au-Prince international airport the night of Feb. 6 in feverish anticipation of his buzzed-about return, local radio reported.

Central to his coming back would be the Haitian government providing security. During his second tenure, Aristide surrounded himself with foreign bodyguards from the Steele Foundation, a high-priced U.S. security firm that has worked in Iraq and Afghanistan.

But the possible return of Aristide comes at a politically delicate time in Haiti. Almost 13 months after the January earthquake, the country is contending with a molasses-like pace of reconstruction, a turbulent election season, and a cholera outbreak that has claimed more than 4,000 lives.

The return of this divisive figure — reviled by some members of the elite and revered by much of the poor — is fraught with opposition, in Haiti and outside.

Confidential dispatches from Brazil reveal that the South American nation was determined to keep him as far away from Haiti and Haitian politics as possible. Brazil’s diplomats also called on the U.S. government and Latin American nations to use “all efforts’’ to keep “Aristide from returning to Haiti or influencing the political process.”

“Aristide must not be allowed back into Haitian politics under any circumstances,” Marcel Biato, deputy to presidential foreign affairs advisor Marcos Aurelio Garcia, wrote in a 2004 cable, according to Wikileaks. “The ‘exorcism’’ of Aristide is essential because he inspires both terror and ‘what passes for hope’ among so many in Haiti’s masses.”

Similarly, the Obama administration has advised against Aristide coming back.

“I think we would be concerned that, if former President Aristide returns to Haiti before the election, it would prove to be an unfortunate distraction,” U.S. State Department spokesman P.J. Crowley said at a press briefing last week. “The people of Haiti should be evaluating the two candidates that will participate in the runoff, and I think that should be their focus.”

The objections over his return have met criticism from left-leaning groups such as the Washington, D.C.-based Center for Economic and Policy Research and from his supporters, both in Haiti and in Miami.

If Jean-Claude “Baby Doc” Duvalier can walk as a free man in Haiti, they argue, so should Aristide.

“Duvalier can go to Leogane. He talks on the radio. He can go wherever he wants,” said Tony Jeanthenor, an activist with the pro-Aristide Miami group Veye Yo. “It’s more than a double standard. It’s discrimination against political beliefs.”

On Friday, at a hotel in downtown Port-au-Prince, the New York-based Human Rights Watch called for the support of the Haitian government in its efforts to prosecute Duvalier for “grave” violations of human rights.

Should Aristide return, his supporters could call for him to be reinstated because he didn’t complete his second term. After a military junta toppled Aristide during his first term in 1991 and sent him into a three-year exile to the U.S., he argued that his mandate should be extended because he didn’t serve the entire five-year term; he lost that battle, and stepped down at the end of his first term.

Like Duvalier who has had embezzlement and human rights charges filed against him since his Jan. 16 return, Aristide could face criminal charges of his own. During his second term, international and Haitian advocacy groups expressed concerns that his followers – slum dwellers known as “chimeres” – were attacking political opponents and journalists.

His administration also had ties to drug traffickers. After the 2004 ouster, a federal drug-smuggling case in Miami involving Haitian government officials, senior police officers and other cocaine smugglers yielded more than 30 convictions and one acquittal.

Despite allegations that Aristide was paid millions of dollars by Haitian traffickers to allow them to use the country as a hub for shipping Colombian cocaine to the United States, federal prosecutors were never able to prove them.

“He may have enemies but there has to be a basis for the charges and there are none,” Kurzban said. “There are simply no serious claims that President Aristide was involved in any illegal activities, before or after his presidency.”

The two presidential candidates headed to a second round on March 20 – both one-time diehard Aristide opponents – say the former president is welcome to return as a citizen but they say that he should stay away from politics. First-place finisher Mirlande Manigat says his presence could foment unnecessary tension at a time when stability is desperately needed.

“The timing is not right for this controversial figure,” said Charles Henri Baker, an unsuccessful opposition candidate in the Nov. 28 vote who was instrumental in pushing out Aristide in 2004. “Anything that has the possibility of creating or disrupting peace should be avoided.”