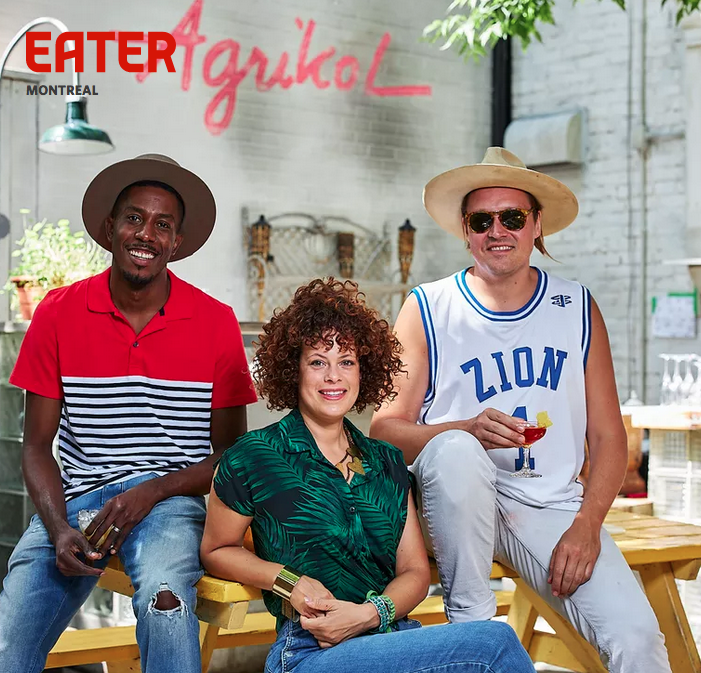 It’sbeen over three years since two members of famed band Arcade Fire — Régine Chassagne and Win Butler — opened a restaurant in Montreal’s Village. Working with Toronto restaurateur Jen Agg and her partner Roland Jean, Agrikol quickly became a go-to for Haitian food and rum-laden cocktails, and then even more of a hub when next-door bar Ti-Agrikol opened.

Agg and Jean left the restaurant in 2018to focus on their Toronto businesses (perhaps the most amicable split ever, notes Butler), but the restaurant is still going strong. Butler, Chassagne, and Agrikol chef Paul Toussaint sat down with Eater to talk about it.

So Win, you’re from Texas; Régine is Haitian but Montreal-raised, and Paul is from Haiti. What are your backgrounds and personal experiences with Haitian cuisine?

Regine Chassagne (RC): For me, it’s more the community aspect of it… I knew [Haitian cuisine] from inside my family, but I didn’t see it anywhere else really, because we were on the South Shore and we weren’t really connected to that much bigger community. It was very insular. But there was always my one aunt, who cooked all these big dishes. And that was like the gathering point for everybody to be able to connect and see the rest of the family.

I always kind of absorbed the longing for that culture from my parents. My mom was just craving the culture, and personally, that’s the reason why I said we have open Agrikol, because I wanted to have a place where Caribbean culture could express itself.

One thing is that I never drank rum in my life until I went to Haiti, because rum to me was disgusting.

Win Butler (WB): I really learned about Haitian culture through Regine’s family and I didn’t know much about Haiti before we met, and so I would go to these Christmas parties and stuff, and her uncles would be talking about Haiti, and it was all stuff that Regine had heard her whole life, and so it was just almost like background noise to a certain extent. It’s like just people lamenting what was going on in the country. And I was really coming to it as an outsider, and I found it all really interesting and wanted to know more. 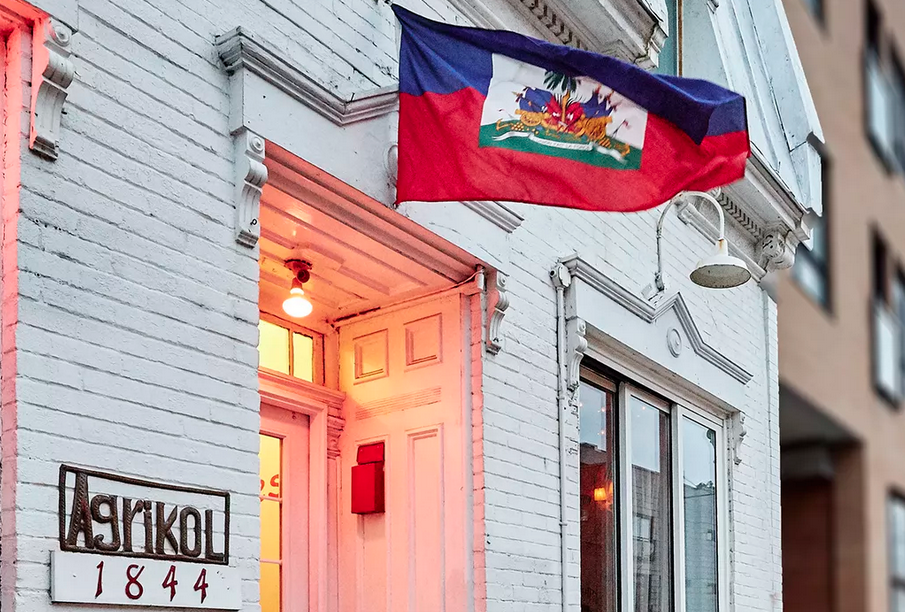 Paul Toussaint (PT): For me Haitian cuisine is — it’s my childhood. I grew up in a family that was very mobile…most of the family moved when I was seven years old and I had just one person looking after me. So on Saturdays, I would cook — [that nanny] cooked much of the rest of the time.

I left Haiti at 18 years for Ottawa, but there aren’t a lot of places there that do Haitian food. My dad, he didn’t like eating out of the fridge at all. He wants like, a real meal each day. So I started to cook every day, every day. But at the time, I was at law school — it was what my dad wanted. I was more comfortable cooking than at law school — so I had to choose between the two. I chose cooking, and later went on to to more gastronomic cuisine. I worked at [prominent Montreal restaurant] Toqué — but after two years, I realized I didn’t like that culinary style. It was too experimental, I didn’t feel the heart and spirit of it, even if the plates were impressive. So I went back to Haiti, and ended up doing some of that experimental-style cooking still, but moved more into Haitian food.

Are there other things that you want people to know about Haitian food or drink, like the Montrealers who come to Agrikol?

WB: One thing is that I never drank rum in my life until I went to Haiti, because rum to me was disgusting. [Growing up], it was Bacardi and Malibu and like whatever gross stuff. But when I had Barbancourt and then when I had Clairin, it’s different. In the same way that there’s the a diversity of product for mezcal in Mexico, rum in Haiti is wild and amazing and has such a crazy diversity of products. Going to Haiti made me realize that rum was an amazing spirit.

And in terms of food, is there one thing you want people to know about Haitian cuisine?

WB: Well, one thing that’s interesting to me is that Paul is from Jacmel on the south coast of Haiti and his seafood is incredible. A lot of people are surprised that we have seafood here. But to me, when I think of Haiti, I think of seafood. The lobster I’ve had in Haiti is the best lobster, and my parents are from Maine.

WB: Paul does a dish of octopus with djon djon [a Haitian black mushroom] risotto. It’s my favorite plate of food in Montreal. And I know I own a restaurant, but it’s beautiful, like I’m obsessed with it, it’s so good.

PT: Yeah, and there’s the ceviche, and all the other seafood I sell. But when people [in Montreal] are talking about Haitian food, they always think about griot[a fried, spiced pork dish] and rice and beans. People eat griot at night [as a street food] because it’s like something before you go to bed. It’s not something people are going to cook during the day. But in Montreal, we have a lot of things to discover about Haitian food.

Do you have other favorite restaurants in Montreal, Haitian or otherwise? What do you eat at other times?

WB: I love [neighbourhood restaurant] Larry’s, just for the vibe more than anything. But traditionally, for my money, just a really straight, French bistro in Montreal is about as good as it gets.

People comment, “The music is so loud.” But in Haiti, every Sunday, you’re going to see people just having music like this, they’re cooking, they’re talking like this.

RC: This is it for me. [Agrikol] makes me happy. I can eat at a lot of amazing places around the world, ooh la la, but when I’m here, I’m happy. I like that this place receives all kind of people. It’s just the diversity of people that come here.

WB: It reminds me of when I moved to Montreal, the kind of melting pot vibe.

PT: For me, when I see, the first time when I came to Agrikol, when [former owner] Roland wanted to meet me, I came here and I saw this is like the Montreal that I know. 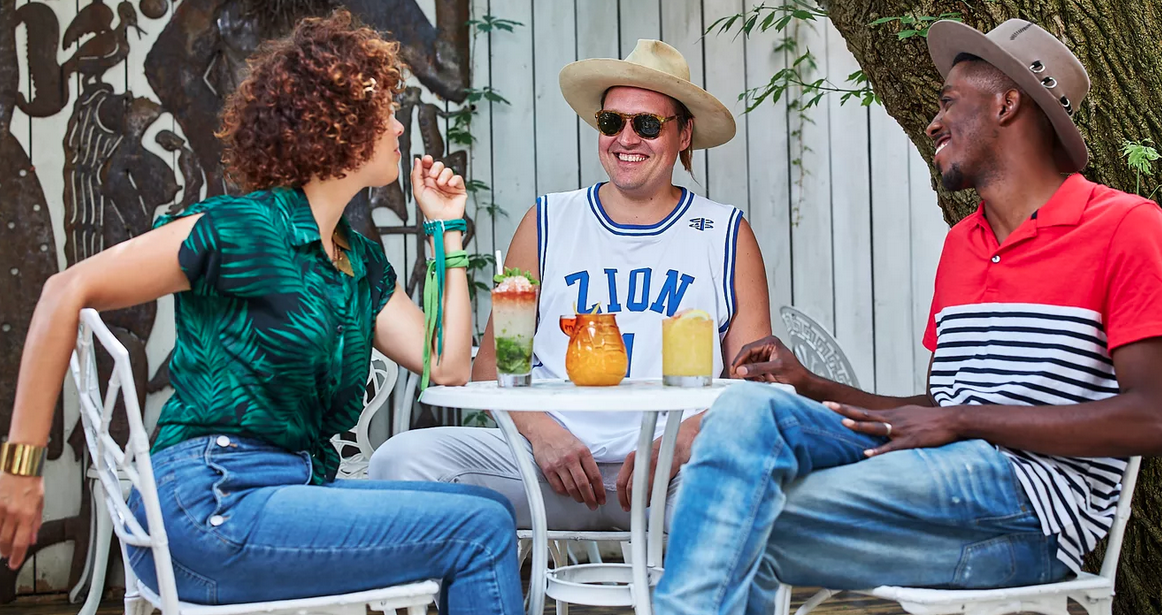 WB: The other magical thing I would say here is the music. If you go to a really good Italian restaurant, you aren’t going to necessarily listen to Italian music. It’s sort of annoying to walk in and it’s like, “Mamma mia.” At a French restaurant, you don’t necessarily want to just hear just Edith Piaf all night, it’s weird. But this restaurant, the music is blasting and the music is part of the food. There’s like literally a spirit to it, which is very rare. In a way it’s sort of a Caribbean thing.

PT: Yeah, Agrikol is like every Sunday in Haiti. On Sundays, people blast the music. Because when I come inside, people comment, “The music is so loud.” But in Haiti, every Sunday, you’re going to see people just having music like this, they’re cooking, they’re talking like this.

It feels like Agrikol sort of hit a sweet spot like what you’re describing, it’s nice, it’s casual, anyone can come in jean shorts. But when the restaurant opened, some people expressed concern that it would become a tourist thing, because of the Arcade Fire tie in and all of that. How do you think you avoided it becoming this kind of tourist spot?

RC: Because it is genuine. It’s real. It’s not pandering to anything in particular. It is what it is.

WB: And I think it’s true to the [inclusive] spirit of what the Village is. I’ll give you an example. Next door at [bar] Ti-Agrikol, we have CDJs, controllers for DJing, which if you’re like a 21-year-old Haitian kid from Montreal North who’s like a DJ, you don’t necessarily have access to a CDJ. And our manager Ralph started letting kids come in and practice DJing in the afternoon when we’re setting up.

WB: And it’s a little thing, but it’s a community thing. It’s not a pretend community. There’s actually a communal musical, spiritual element. And it wasn’t like we made a rule that we should do that. It’s just something that naturally kind of happened. So then you have some really talented people that have a chance to express themselves and that feeds the culture and it feeds people. And then it like literally feeds people because then people can have work, like get a gig DJing and pay rent. 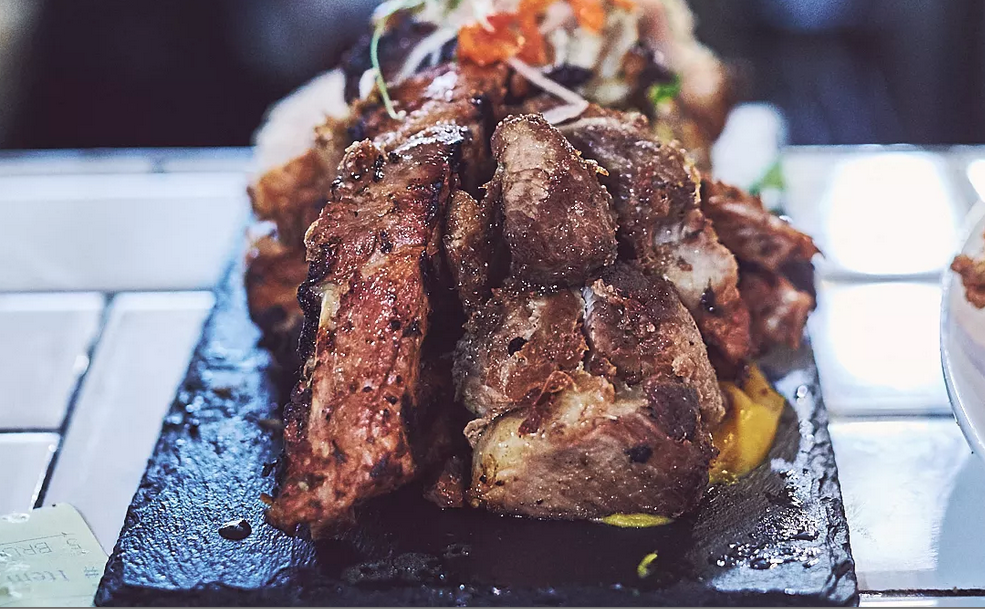 With running a restaurant and bar, and all the touring, do you cook for yourselves ever?

WB: I cook, I mostly cook. I grill a lot and pasta. I like making pasta.

RC: It’s not just pasta. He does a lot of stuff.

So lastly, any plans on opening a second restaurant? Maybe a pasta place?

PT: We need Agrikol to stay here, minimum, another 50 years. I need Agrikol to be here representing the culture, and because it’s a big challenge. In Montreal, keeping a restaurant alive for 10 years, for 20 years, that’s big.

RC: No. But I want to say thank you to everyone who’s coming to Agrikol.

This interview has been edited and condensed for clarity.