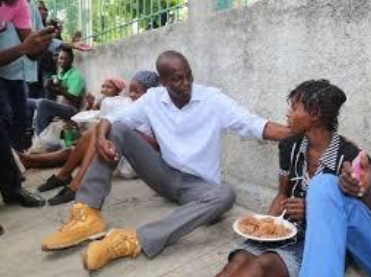 PORT-AU-PRINCE, Haiti (AP) – Haiti’s president says he will serve out his term despite rising violence, poor economic performance and months of protests over unresolved allegations of corruption in his predecessor’s administration.

President Jovenel Moise pledged in an interview with The Associated Press on Wednesday to respect the findings of a commission investigating the corruption allegations.

“It takes a lot of courage to stay in power, but I am pledging to you to have the courage to continue moving forward,” Moise said, saying he would resist pressure to resign.

Moise was named in two reports resulting from a corruption investigation by judicial authorities into the spending of funds from Petrocaribe, a Venezuelan government program that provided subsidized oil to Caribbean nations. Protesters have repeatedly taken to the streets in recent months in demonstrations prompted by the findings of widespread fraud in government contracts awarded to contractors to build roads, buildings and administer social programs.

Moise was described as receiving potentially improper payments as a private contractor to build a road in northern Haiti before he became president.

The audits revealed millions of dollars of aid money siphoned off by contractors for shoddy and substandard work, like an overpass built over busy Delmas avenue that cost more than $30 million, but should have cost around $2 million. 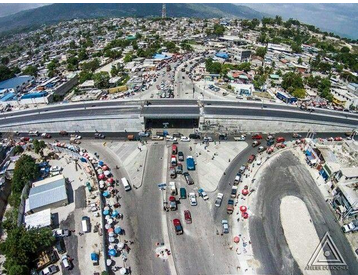 Once revealed, the extent of the corruption sparked widespread protests and street violence, and calls for Moise to step down.

Moise has refused to resign, though he promised to criminally charge anyone found by the audit board to have stolen funds from the government.

“Of course we must know the truth and the truth about this investigation must be released. That is very important. The investigation must reveal the truth so that justice can be served and the guilty jailed. Those who misspent the government’s money, they should be arrested and locked up,” Moise said Wednesday.

The protests, economic downturn and increasing insecurity and gang-related crime have made Moise’s political future uncertain despite his determination to stay in power.

(HT:  The economic situation is largely due to Parliament blocking creation off a new government, required to release funds.)

Moise said he was not concerned about more allegations of his involvement in potentially improper contracting, saying: “The judicial audit does not involve the executive branch. This is a concern of the judicial branch.”

The president insisted that Haiti must move beyond the crisis and let the judicial process play out.

“We must go beyond talking about the survival of the government, because political stability in Haiti is the most important thing for us,” he said. “If the opposition wants power they must participate in democratic elections and win the vote of the people.” 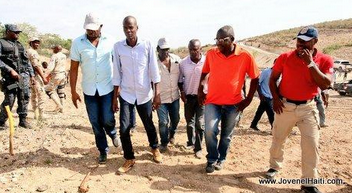 Unfortunately, AP, and other media outlets, accept the two PETROCARIBE reports as Gospel when, in fact, they were both written by specific groups with personal agendas that have nothing to do with the pursuit of Justice. With few exceptions, members of the two commission should be named within their report’s pages, as recipients of stolen PETROCARIIBE Funds.

The Senate commission was made up of drug-dealers who see Jovenel Moise as a danger, since he is uninvolved.

The AP article suggested our Delmas overpass cost $30 million. I believe that the figure, in the report was $23 million. There was never any suggesting that this project could be completed for $2,000,000, not even in the two fraudulent reports.

Everyone seems to miss the salient point.

Jovenel Moise was not President when PETROCARIBE functioned.

He did have two contracts, before becoming President and these totaled less than $1,670,000 for road construction. Jovenel Moise completed 85% of the contracts requirements and collected 35% of the funding agreed upon.

Seems as though President Moise is owed money, and apology from the real criminals who wrote the flawed reports.

The AP, with some research, would discover that our ongoing protests are being funded by Maduro/Venezuela as a pay-back to President Moise for supporting American President Trump in his position against Venezuela.

These same people would like to reverse the Moise position on Venezuela, recognize the Peoples’ Republic of China, and dump Taiwan.

The will also seek a total Amnesty for all criminal acts, with regards to PETROCARIBE funds.

A “nothing superficial interview” from AP.

AP Overlooked the $100,000,000 swallowed by the Senators. The writer probably never studied the reports, or details of PETROCARIBE otherwise he would have acknowledged the real thief – Rene Preval with $198,000,000.