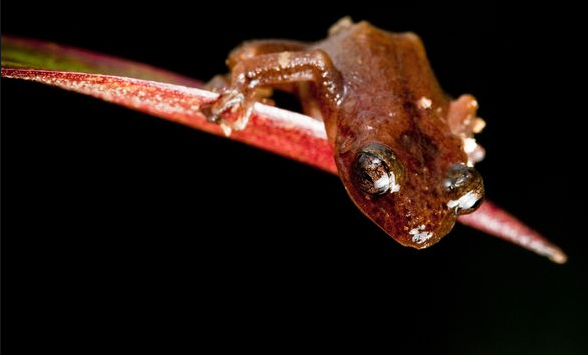 Species of reptiles, amphibians and other vertebrates are becoming extinct in Haiti as deforestation has claimed more than 99 percent of the country’s original wooded areas.

A research collaboration that included two scientists affiliated with Oregon State University found that 42 of Haiti’s 50 largest mountains have lost all of their primary forest.

Moreover, mountaintop surveys of vertebrates showed that species are disappearing along with the trees, highlighting the global threat to biodiversity by human causes.

Along with the mass extinctions, the findings, published today in the Proceedings of the National Academy of Sciences, suggest that over the next two decades Haiti will lose all of its remaining primary forest cover.

The National Science Foundation and the Critical Ecosystems Partnership Fund supported this research.

Haiti, one of the poorest countries in the developing world, is a small, densely populated Caribbean nation that shares the island of Hispaniola with the Dominican Republic. Haiti’s land area is less than 11,000 square miles – one-ninth the size of Oregon – but it holds nearly 11 million people, roughly 1,000 per square mile.

Likely the world’s most deforested nation, Haiti saw its primary forest cover decline from 4.4 percent of total land area in 1988 to 0.32 percent in 2016.

Humans first appeared on Hispaniola 6,000 years ago and possibly numbered greater than 1 million by the time of Columbus. But the greatest levels of deforestation occurred following European colonization, resulting in complete primary forest loss on the first of those 50 mountains by 1986.

Tropical forests hold most of the Earth’s biodiversity, and deforestation is the main threat to species globally.

Most reports of forest cover and deforestation in tropical nations, notes study co-author Warren Cohen of the OSU College of Forestry, fail to make a distinction between primary forest – essentially, untouched original forest – and disturbed forest: that which has been selectively logged, or has regrown after having been clear-cut.

“Our findings point to the need for better reporting of forest cover data of relevance to biodiversity, instead of ‘total forest’ as defined by 10 percent tree canopy coverage by the United Nation’s Food and Agricultural Organization,” he said. “Expanded detection and monitoring of primary forest globally will improve the efficiency of conservation measures inside and outside of protected areas.”

For this project, Cohen and Zhiqiang Yang – now with the U.S. Forest Service but a College of Forestry research associate during this study – collaborated with S. Blair Hedges of Temple and Joel Timyan of the Audubon Society in Haiti.

Areas of endemism – those places that represent the only locations where certain “endemic” species occur – can be found at any elevation, but in Haiti they are mainly on isolated mountains.