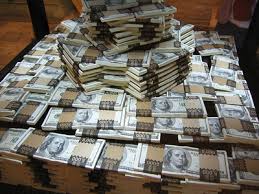 Criminal Justice International Associates (CJIA), a risk assessment and global analysis firm in Miami, estimated in a recent report that the Chávez Frías family in Venezuela has “amassed a fortune” similar to that of the Castro brothers in Cuba.

According to Jerry Brewer, president of CJIA, “the personal fortune of the Castro brothers has been estimated at a combined value of around $2 billion.”

“The Chávez Frías family in Venezuela has amassed a fortune of a similar scale since the arrival of Chávez to the presidency in 1999,” said Brewer in an analysis published in their website.

Brewer said that Cuba is receiving about $5 billion per year from the Venezuelan treasury and in oil shipments and other resources.

“We believe that organized bolivarian criminal groups within the Chávez administration have subtracted around $100 billion out of the nearly $1 trillion in oil income made by PDVSA since 1999.”

That’s about what Aristide is worth.