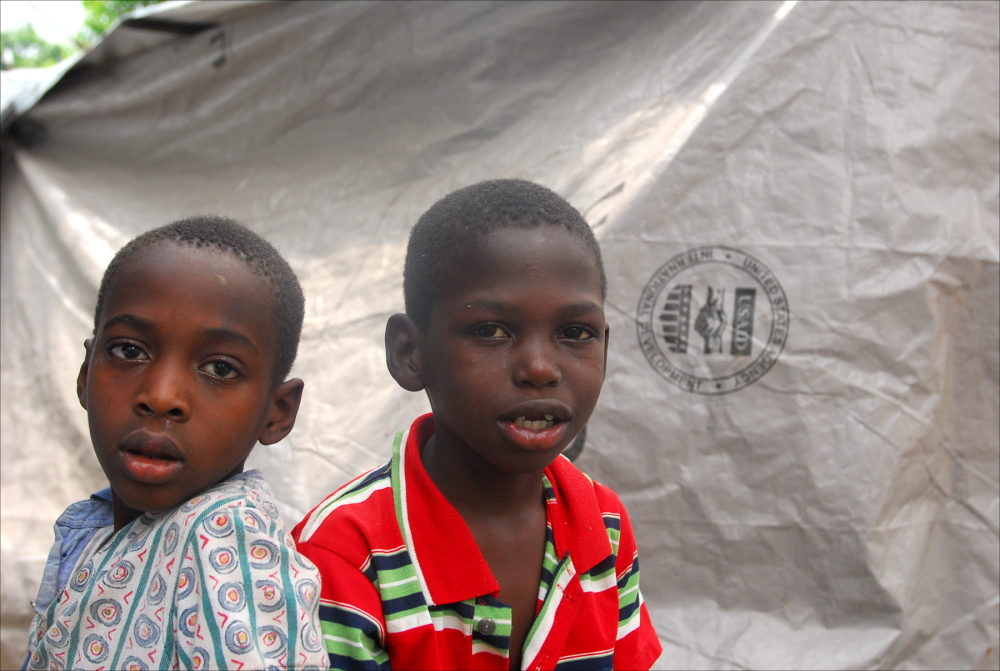 WASHINGTON — One month after Haitians went to the polls to choose a new president, Haiti’s electoral council has announced the official results — triggering violent protests by supporters of Moise Jean-Charles, who finished third in the Oct. 25 election.

Banana exporter Jovenel Moise, the favorite of outgoing President Michel Martelly — who cannot run again — came in first with 33 percent, while Jude Celestin finished second with 25 percent. Since neither man won a majority, a runoff will be held Dec. 27.

The protesters accuse Martelly of rigging the election in favor of Moise, yet the U.S. special coordinator for Haiti, Kenneth Merten, refused to condemn the election when asked during a Nov. 23 event in Washington why neither the White House nor the Organization of American States have issued any statements criticizing the race.

“It would be nice to see some senior person at the OAS like the secretary-general say something about the first round of elections in Haiti, [regardless of] whether things have really gone off track or if we’re uncertain,” said Peter Hakim, president emeritus of Inter-American Dialogue, which co-sponsored the discussion with George Washington University’s Elliott School of International Affairs. “Why has the United States and the OAS been so quiet? It gives credibility to all those who question the process.”

But Merten shot back that it’s still simply too early to tell.

“We’re in a ‘damned if you do, damned if you don’t’ position,” he said. “This is a Haitian election. We can’t say the elections were great and the outcome was perfect because we don’t know yet. It would be premature for us, in my view, to prejudge this election as terrific or awful until we see this process run its course.”

Merten served as U.S. envoy to Haiti from 2009 to 2012, a period that coincided with the January 2010 earthquake that devastated Port-au-Prince; He was then appointed ambassador to Croatia. In mid-August, the State Department named him Haiti special coordinator and deputy assistant secretary in the Bureau of Western Hemisphere Affairs.

“I’ve been fortunate enough to serve in Haiti three times since the late 1980s. I’ve been there through three coup d’etats, two hurricanes, an earthquake and three or four elections,” he said. “I’m very proud of what the U.S. has done regarding Haiti over the past 30 years. We have worked very hard, sometimes using some very heavy, blunt tools, to ensure that the democratic tradition continues to live on in Haiti.”

Merten added: “We would like to see Haiti more fully in charge of its own destiny, a country where people feel economically empowered. We want to make sure our partnership supports the goals of the Haitian people and the government they elect.”

Yet Bob Maguire, director of GWU’s Latin American and Hemispheric Studies Program, ruffled a few feathers when he noted that Pamela White — who succeeded Merten as ambassador in Port-au-Prince and served there until late September — “was roundly criticized as being too close to Martelly.”

He asked Merten why this situation was allowed to fester.

“I’m not going to opine on what some other people’s observations may be on the way she chose to do her job,” Merten responded. “We all approach a job like that with different talents and personalities — and frankly, in some cases, different instructions.” On Oct. 29, The Nation magazine reported in an article titled “Can Haiti’s Corrupt President Hold On to Power?” that “before the election, President Martelly’s strategy was clear: frighten Haitians into letting his candidate win. His thugs violently disrupted voting in legislative elections back in August. The U.S. Embassy said nothing, aside from feeble admonitions.”

Merten did say that Peter Mulrean, who became the new U.S. ambassador to Haiti on Oct. 6, will be “excellent” at his job.

“The role of the U.S. ambassador in Haiti is to execute U.S. foreign policy and work with the Haitian government, not just the president and foreign minister but also the parliamentarians and people of Haiti,” he said, noting “an immense USAID mission” there.

Haiti’s 10 million inhabitants are the poorest in the Western Hemisphere, with an annual per-capita income of only $824 last year, according to World Bank statistics. Haiti ranks 145th out of 169 countries in the U.N. Human Development Index.

“Haiti desperately needs to increase foreign investment,” Merten said, noting the 7.5 percent growth likely to be achieved this year by the Dominican Republic, with which Haiti shares the island of Hispaniola. “I’m convinced Haiti can be in that position, too. There’s no reason for Haiti to be underperforming economically. The next government needs to make it easier for businesses to invest and create jobs and opportunities.”

Pressed for details, he said Haiti must simplify the process of forming businesses.

“Haiti currently has one of the most complex and drawn-out procedures in the hemisphere. They need to develop an agency which actually has the authority to grant permits, so you don’t have to go from ministry to ministry to get a thousand signatures — a one- or two-stop shop, not just for foreigners but for Haitians as well,” he said.

“They could make the tax process more transparent than it is. There are a lot of things they could do to capture more revenue which they are not doing,” he said, adding that the government “should also make it easier to start industrial parks or free zones.”

Merten said Caracol Industrial Park, a 607-acre project along the northern coast at Cap-Haïtien, now employs 8,500 people; the goal is 60,000 jobs over a 10-year period.

“This park has been open only since 2012. We’re not quite on track, but we’re almost at 10,000 jobs,” he said of the park, which has been widely criticized for falling short of expectations. “That’s pretty good for a region that had zero employment before.” A Guatemalan soldier and member of the United Nations Stabilization Mission in Haiti (MINUSTAH) peacekeeping force patrols a street in Port-au-Prince.

Asked how long the United Nations peacekeeping force known as MINUSTAH — a multinational operation blamed by Haitians for everything from sexual abuse scandals to a deadly cholera epidemic — will remain in place, Merten said that depends on how quickly Haiti’s police force can ramp up to 15,000 officers from the current 12,000.

“MINUSTAH was envisioned to be temporary and will probably be disappearing in the not-too-distant future,” he said. “It will run its course and there will be an assessment this coming year, after a new government is seated, to see whether MINUSTAH needs to be extended beyond its current mandate.”

The State Department official said a much more urgent issue than MINUSTAH is reform of Haiti’s judicial system, which he concedes “is desperately crying out” for help.

“Quite honestly, we have worked for years through USAID and the U.S. Justice Department to address this, and we have had very little success in getting those suggested reforms to take root,” Merten said. “What good is it to have a police force if criminals aren’t getting a fair trial, or if the guilty aren’t getting locked up?”