WATCH HER STORY ON VIDEO HERE

PORT-AU-PRINCE, Haiti — John Shattuck is a serial entrepreneur, running several successful businesses and proud to say he hasn’t worked for someone else in twenty-three years.

“For the most part I work from home, but spend most of my days donating my time to impoverished areas of the world,” says Shattuck. A former Navy airman, Shattuck found himself in a courtroom this past July in Port-au-Prince, Haiti, trying to secure the release of two Americans jailed nearly 60 days earlier.

Jason “Zeke” Petrie, 39, and Steve Shaw, 57, didn’t know the Good Samaritan who had traveled 1,655 miles from a Chicago suburb to rescue them from one of the most notorious prisons in the Western Hemisphere.

Shattuck says, “I just saw this ending with two Americans dying in a Haitian prison.” 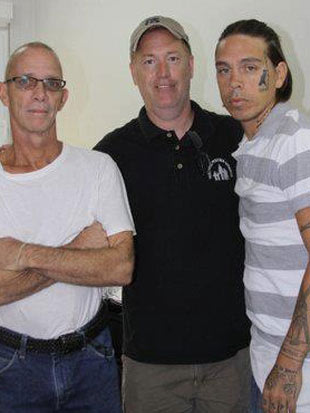 Shattuck arrived alone the day before a July 6, 2012 scheduled court appearance. He worked back channels and pulled all strings necessary to get Petrie and Shaw released. “When you see something wrong in the world, don’t look the other way, says Shattuck, “try to fix it.”

Shattuck was able to secure an unconditional release for both men. With Shattuck’s help, Petrie and Shaw were back home in the states with their families. Mission accomplished, he thought.

But it turns out that American Lillian Miller was arrested on May 21, and was transported with Petrie and Shaw, on July 3, to the same courthouse.  Shattuck had no idea that another U.S. citizen was being detained in Port-au-Prince. Miller continued to languish without charge after July 10, in the Petion-ville Women’s Prison.

Miller had never been to Haiti prior to seeing the terrible images in the aftermath of the January 2010 earthquake that killed so many and left the nation’s capital of Port-au-Prince in ruins.

In 2008, Miller says she founded a 501(c)(3) non-profit called JJL Miller Foundation with a mission statement focused on helping people. When the quake hit, she says, “I needed to be there to help people.  There weren’t enough people there to help.”

Since April 2010, Miller says she traveled back and forth to Haiti 10 times and that her last trip to Haiti was 6 weeks before her arrest.

She says she was in the process of applying for a $230 million dollar grant through the Interim Haiti Recovery Commission.  She says she also drained her 401k retirement account in order to purchase a parcel of land in Croix des-Bouquet, on the outskirts of town.  Her goal was to eventually provide housing to as many as 15,000 post-quake homeless Haitians.

She says that on May 21, she went into her office and knew something was unusual when she saw a man in a business suit waiting for her. It was the Port-au-Prince chief prosecutor, Jean Renel Senatus, and he was there to arrest her.

“He told me he needed to take me downtown to ask me a few questions,” says Miller. “So I went.” She was brought before a tribunal but without a translator struggled to understand the immigration violations and other charges against her.  Miller, 54, maintains her innocence. On July 3, an AP photographer took pictures of Miller distraught after spending the day in court only to be told that a decision on her charges could not be made because a translator was not present. 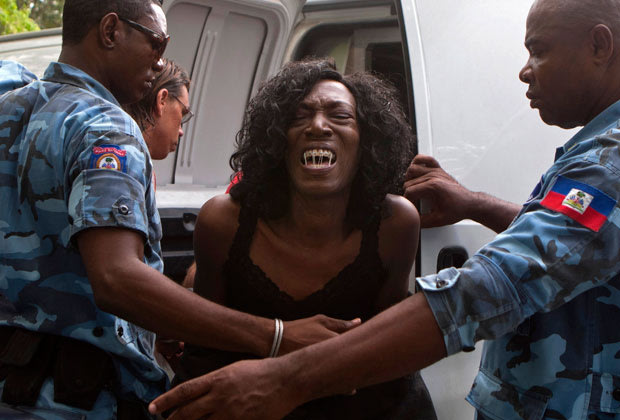 A week later, on July 10, Miller says she was back in court again, where “all but one charge against me were dropped.”  There was still a charge related to consorting with known criminals that to her surprise sent her back into custody. Miller is seen leaving the courthouse in a clip posted on YouTube pleading for help.

Five more weeks pass before Shattuck learns that he has left one American behind.

“Most of these Non-Government Organization’s posted complaints of what seemed to be a shake down during mid-May to June,” says the 47-year-old married father of two.  “To my knowledge, those with clout and a means to pay to get out of their situation resulted in their quick release. In the case of Lillian, there was no real backing of support from anyone with influence.”

Miller says she “was pleased that Shattuck was interested in my case.” Shattuck starts working the same back channels for Miller that he had for Petrie and Shaw, but is not getting any traction.

Then Shattuck is informed that Miller’s father has died after a long battle with cancer on the same day that Senatus has been fired as chief prosecutor.  Miller’s brother breaks the news to her. Shattuck is committed to get Miller out of prison in time to attend her father’s funeral at all costs.

“When I confront issues like this I try to peel back all the politics and rhetoric and try to find the truth and a way to just end these nightmares,” he says. Shattuck travels down to Haiti on Tuesday, October 2, and visits Miller in prison to share his intentions.

But after spending the rest of the day at the courthouse, it’s clear he isn’t going to be able to secure Miller’s immediate release in order to attend her father’s funeral the following day. Instead, it takes Shattuck two more days getting all the appropriate paperwork approved and signed with an official seal of approval.

Finally, at 5:45 p.m. on Thursday, October 4, Shattuck arrives at the prison with several Haitian officials in tow delivering what he calls “liberation papers” to the prison brass. Within minutes, cheering can be heard from outside the prison walls as word quickly spreads that Miller is to be released immediately.

After 30 minutes, Miller appears at the big steel blue door of the prison, wearing a tattered green tank top and black skirt, and looking quite frail.

She doesn’t say anything until she is in Shattuck’s vehicle. Then calmly Miller says, “It feels fantastic.  It’s what I have waited for, for five months. I thank my saviors that came all the way from the U.S. to get me from this Haitian jail.” Shattuck then quickly speeds away from the prison.

On Friday, October 5, Miller gets her U.S. passport back from the courthouse, and Shattuck arranges for her to get out on the next flight to America. Miller lands at JFK International Airport in New York City just past 5 o’clock. 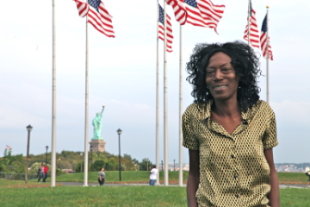 Lillian Miller (Photo courtesy T. Sean Herbert)
“I was so cold on the plane,” says Miller,  “I think because I had spent the past 5 months sleeping on a cold concrete floor with a just a thin mattress and a sheet.”

She says it wasn’t until she was leaving the plane in New York that she realized she was safe. “They couldn’t get me because I was on U.S. soil.”

“I was nervous going through Customs because I had been gone for over six months.” Miller says, “Luckily, they never asked.”

She’s says she’ll be happy to see her family and friends.  “It brings a little warmth to my heart, because with my father gone, they are all I have left.”