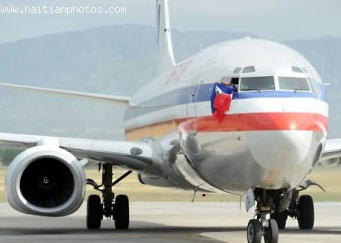 When American Airlines resumes service to Haiti on Tuesday, nearly four months after the borders were shut due to the coronavirus, there will be only one daily flight into Port-au-Prince’s Toussaint Louverture International Airport, and the country’s second largest city will not be on the schedule.

The first major commercial airline to land in Cap-Haïtien in 2014 after more than a decade due to a damaged runway, the Miami-based carrier told the Miami Herald that it is canceling service to the city.

“Canceling the flight to Cap-Haïtien was very painful but a necessary decision given the current economic circumstances as a result of the pandemic,” said Martha Pantin, a spokeswoman with American. “We have had to make difficult decisions that affect many destinations around the world that we serve.”

The only other city in the hemisphere that American is suspending service to is Brasilia in Brazil.