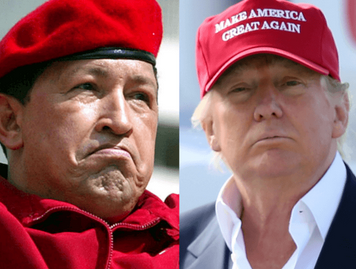 Rallies were held on Saturday across the world in support of Venezuela as the Bolivarian Republic faces an inhuman economic blockade imposed by the United States and their Western allies. 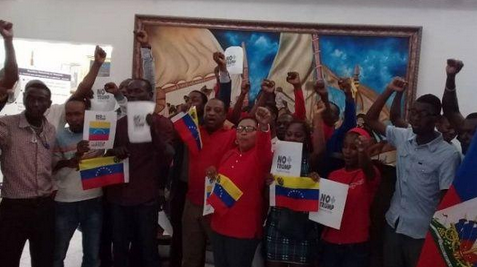 In the World Day of Solidarity with Venezuela, Haitian social organizations – gathered at the Konbit – and the RASIN Kan Pèp La political party show their solidarity with the Venezuelan people. (teleSUR)

Venezuelan President Nicolas Maduro called on the people of his country on August 10th to march in protest at US President Donald Trump’s ongoing inhuman economic blockade that has caused significant suffering to the people of the Bolivarian Republic.

In a sign of solidarity with the people of Venezuela, several demonstrations were held in countries such as Australia, Haiti, Turkey Italy, Germany, Dominican Republic, Argentina, and Mozambique.

The people of these countries called on the U.S. administration to halt their inhuman blockade and end their regime change tactics.

Through a manifesto addressed to the international community, the Latin American social movements also expressed their support for the Venezuelan people and rejected any form of US aggression against the Bolivarian revolution and its government.

“In recent years, we have witnessed multiple tactics deployed by US-based businesses which, through an alliance with a fraction of the Caracas oligarchy, have been eager to control the country’s oil and resources,” the group of Social and Popular Movements of the Bolivarian Alliance for the Peoples of Our America (ALBA movements) said.

“Following the US Hybrid War Manual, those tactics have included actions such as the attempted assassination of the legitimately elected president, Nicolas Maduro, road blockades, military uprising attempts, cyberattacks against electricity and water networks, the blockade of Venezuelan assets abroad and support for a ridiculous self-proclaimed government,” the statement continues.

Fortunately, the ALBA movements recalled, most Latin American countries continue to support the Venezuelan people and democracy.
“As usual, only the far-right governments joined the interests of companies based on the U.S., Colombia, Brazil, Israel, and so on,” the manifesto states, concluding that “in the face this aggression, we are willing to express our solidarity with the Venezuelan people and defend the democracy that Nicolas Maduro chose and the self-determination of the peoples.”

The ALBA movements’ manifesto was signed by more than 100 organizations, among which are the Landless Rural Workers Movement (Brazil), Patriotic March and People’s Congress (Colombia), Farmers’ Unity Committee (Guatemala), National Front for the Defense of Economic and Social Rights (Panama); Big Homeland Front, Popular Dignity Movement, Resist and Fight (Argentina), and the Freedom and Equality Movement for Fraternity (Haiti).

Haitians believe their government abandoned Venezuela with absolutely no gain. The fuel crisis has been magnified as our one real source has been cut off.

Perhaps President Moise can address this situation, during his visit to the United Nations’ General Assembly next month. This question should be addressed, in any meeting with the “Deal Maker” President Donald Trump. The United States has a surplus of petroleum products and could solve Haiti’s problem – instantly.

You don’t get anything, without asking.

They hope someone asks. 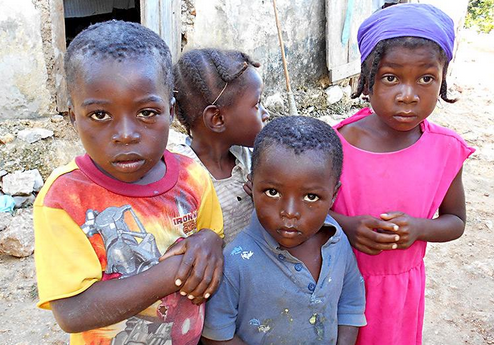