Tony Rodham’s involvement in a gold-mining operation in Haiti is under scrutiny. 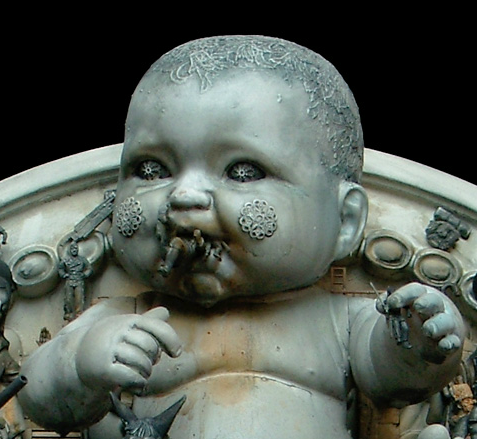 The Washington Post reported on Saturday that Hillary Clinton’s brother Tony Rodham is on the advisory board of a company that is trying to mine gold in Haiti. No one should be judged based on decisions made by family members, but here is why Hillary Clinton is in the middle of this story and needs to act quickly.

Tony Rodham met VCS Mining’s chief executive, Angelo Viard, in 2012 at the Clinton Global Initiative (CGI), part of the Clinton Foundation, where Hillary serves on the Board of Directors. Viard admitted to the Post that he paid the $20,000 entry fee to the initiative because he thought he could drum up business deals. It’s not clear from the Post story whether Tony Rodham also paid an entry fee for himself, but the meeting between the two delivered a potential financial bonanza for Rodham. As a board member, he holds stock options that will become extremely valuable if the mine comes on line.

There are two problems here. The first is that the Clinton Global Initiative’s integrity is tarnished when some corporate executives are drawn to it out of profit motives rather than charitable ones. Viard told the Post he attended as “a pure marketing operation.”

And here is the other problem. Both Bill and Hillary Clinton seem to genuinely care about Haiti. Indeed, Haiti is a major focus of the Clinton Foundation. But gold mining is one of the worst choices Haiti could make given the environmental nightmares it breeds.

Industrial mining uses vast quantities of water, which Haiti no longer has. Mining firms also use cyanide to separate gold from the surrounding rock, which can escape into the surrounding soil and water during earthquakes or storms and wreak havoc. (Remember Haiti and earthquakes?) And that’s just the tip of the iceberg of environmental and social and human rights problems that come with gold mining.

Haiti and El Salvador share the distinction of being the most environmentally compromised countries in the hemisphere. Communities in gold country in El Salvador have risen up to oppose mining and have persuaded their government to stop issuing mining permits for close to a decade. Opposition to gold mining is also spreading in Haiti, which has a long history with gold. Recall that Christopher Columbus’s thugs cut off the hands of the original inhabitants of Haiti over 500 years ago when they didn’t bring in their required quota of gold. Today’s equivalent of getting your hand cut off is to be poisoned by cyanide.

This would be my advice to the presidential hopeful: state clearly that you understand gold mining is environmentally destructive and that you understand it would be a disaster in Haiti. The Haitian Senate has opposed this project, so you can simply support their statements.

Second, state that as president you will oppose trade agreements that allow mining companies to sue governments that are putting checks on gold mining. The big trade agreements that President Obama is negotiating with Pacific nations and with Europe contain chapters that allow corporations to file claims against governments over actions—including health, safety and environmental measures and regulations—that reduce the value of their investment. Tragically, right now, gold mining firms (Oceana Gold and Infinito Gold) are suing the governments of El Salvador and Costa Rica for hundreds of millions of dollars for putting checks on gold mining.

When Hillary Clinton had to issue a statement on the last kerfuffle—the one over her personal e-mail account—she chose the UN Security Council as the venue. The UN would be a good place to try to clear up this controversy as well. But, unlike the last PR flop, this time she shouldn’t wait a week to speak out.