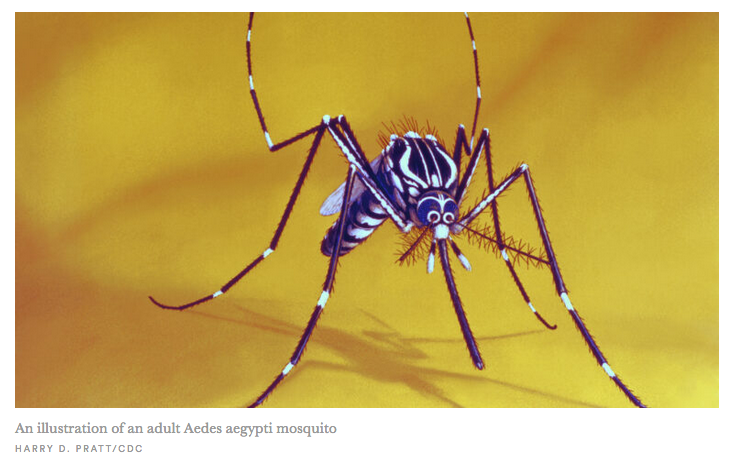 The number of people infected by dengue and at least one related virus has plunged in places where mosquitoes bred to be infected with a bacterium called Wolbachia have been released and have established themselves, scientists reported Thursday.

The results, from Australia, Indonesia, and Brazil, are dramatic, with a 76% drop in dengue infections in the part of Indonesia where the mosquitoes were released. In Brazil, treated neighborhoods in Rio de Janeiro saw rates of dengue infections fall by 70%. Infections with chikungunya, which is spread by the same mosquitoes, were 75% lower there — in a year when the disease was at epidemic levels elsewhere in the area.

The most extraordinary results come from North Queensland, Australia, where Wolbachia-infected mosquitoes were released in 2011. North Queensland, in the northeast of the country, previously had regular dengue outbreaks. It hasn’t had one in five years, and there has been a 96% reduction in locally acquired dengue infections.

The few dengue cases that have been recorded were in communities where the Wolbachia-infected mosquitoes have not been released, said Cameron Simmons, director of impact assessment with the World Mosquito Program, which is operating the project.

“What we’re seeing really is the real world public health evidence that was predicted to happen when this technology was deployed,” Simmons told STAT. “It’s obviously really exciting.”

He and colleagues reported their findings Thursday at the annual meeting of the American Society of Tropical Medicine and Hygiene, taking place in National Harbor, Md.

Wolbachia is a ubiquitous bacterium that infects about 60% of insect species. It does not naturally infect Aedes aegypti mosquitoes, the species that is largely responsible for the spread of dengue, chikungunya, Zika, yellow fever and Mayaro viruses, which collectively are responsible for an enormous burden of disease in Africa, South and Central America, and Asia.

The bacterium doesn’t harm the mosquitoes, but it blocks viruses in them from replicating, vastly reducing the risk they will transmit dengue or other viruses to people they bite.

Mosquitoes that have been bred to be infected with Wolbachia pass the bacteria to their offspring, so a one-time release — done over a period of about 12 to 20 weeks — establishes swarms of virus-resistant mosquitoes in a treated area, Simmons said.

Simmons said the one-time cost is currently between $2 and $10 per person protected. But the World Mosquito Program, a nonprofit that is funded by the Wellcome Trust, the Bill and Melinda Gates Foundation, and other organizations, is aiming to get the cost down to $1 per protected person over the next three years.

That one-time cost might seem steep for some of the countries where these diseases are entrenched, but the benefits accrued by the costs spread over years. Still, Simmons said the goal is to get the price down as low as possible. “We want it dirt cheap so price is not a barrier to implementation decisions,” he said.

Aedes aegypti live close to people and typically do not travel far afield. Simmons said once Wolbachia-infected mosquitoes are established in a location, that could translate into long-term protection against these viruses.

“Will viruses develop a workaround? … With evolution, anything’s possible. But I think we’re going to be able to buy decades of protection,” he said.

Dr. Chandy John, president of the American Society of Tropical Medicine and Hygiene, called the work exciting, coming at a time when dengue’s reach is expanding. There is currently little that can be done to control the disease, beyond chemical insecticiding. There is a licensed vaccine, Sanofi’s Dengvaxia, but it can only be used in people who have had at least one previous dengue infection.

(There are four different strains of dengue viruses and infection with one does not protect against the others. Simmons said Wolbachia blocks all four strains.)

“The combination of advanced science and committed community engagement is impressive — and essential to its success,” John said.

The data presented Thursday were gathered from prospective observational studies. Next year the World Mosquito Program hopes to release data from a blinded randomized controlled trial in Yogyakarta, Indonesia, where 24 neighborhoods — home to 350,000 people — have been randomized, with half having Wolbachia-mosquito releases. That will provide gold-standard evidence, Simmons said.

Meanwhile, the program’s work continues, with projects now in 12 countries in Asia, the South Pacific, and Central and South America. The challenge going forward, Simmons said, is to be able to produce the special mosquitoes in sufficient quantities to further expand the work.

“The challenge for us is to go from where we are now to be able to do efficiently big cities — Ho Chi Minh City, Bangkok, Jakarta, New Delhi, any of the big municipalities of Brazil. So that’s where we hope to be, protecting 100 million people by 2023,” he said. “We’re only going to do that if we get the technology right to produce enough mosquitoes cheaply and deploy them super efficiently.”