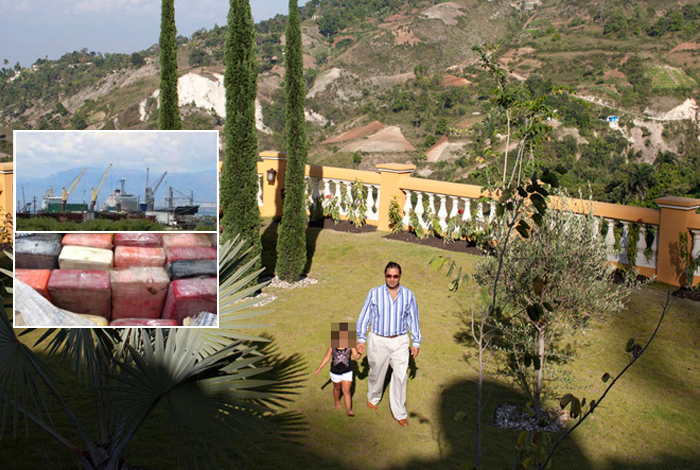 PORT-AU-PRINCE, Haiti (sentinel.ht) – Wealthy Haitian Businessman Marc Antoine Acra released an official statement for his family’s 20-year old NABATCO sugar importing company after one of its vessels, the Manzanares, was found with 77 kilos of cocaine and 10 kilos of heroine on Wednesday April 15.

Faced with the progression of derogatory rumors, comments and press reports, the company stock Bag and National Trading Co. Ltd., better known as the NABATCO, represented by its Director General M Marc Antoine Acra, wants to review the record of narcotics seized on MANZANARES boat and bring some facts to the public’s attention.

NABATCO is in the sugar trade for over twenty years and has maintained more than ten years of excellent professional relationships with Colombian society CJ DE azúcares Y mieles SA itself, sugar exports managed globally and enjoys an excellent reputation in this domain.

The NABATCO wishes to clarify that narcotics were found on April 22, 2015 in the hold of MANZANARES and not inside bags of sugar during unloading, done under the supervision of regular supervisory authorities and BLTs.

The NABATCO cautions that vessels carrying cargoes of sugar does not belong to the NABATCO, it is a Freight American company that is responsible for chartering boats for NABATCO, and payment of the freight is made to that company which itself rule with the owners of these boats.

The NABATCO more precise that transport of boats, are done according to normal procedures. These loads are proceeded under the supervision of Colombian port authorities checked by the narcotics control authorities and the security service before leaving the port of Buenaventura. Neither the Colombian port authority, the shipping agent or “surveyor WSS” has raised any irregularity mention about the sugar cargo.

The NABATCO remains available to the authorities to carry out investigations and come to a quick resolution of this unfortunate situation that has caused serious injury and affects the activities of several of its clients.