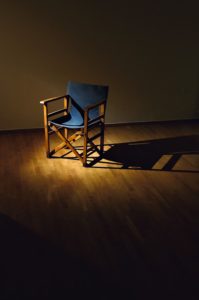 (AP)  PORT-AU-PRINCE, Haiti — Almost two years after an earthquake devastated Haiti, less than half of the $4.6 billion in pledged aid has been disbursed and political squabbling is threatening to bring coordinated reconstruction efforts to an abrupt halt.

An ambitious panel tasked with overseeing efforts to rebuild Haiti, co-chaired by former U.S. President Bill Clinton, was created three months after the January 2010 quake destroyed much of its capital, toppling hundreds of thousands of homes and throwing more than a million homeless into squalid camps.

But the Interim Haiti Recovery Commission, or IHRC, disappeared in October after Haitian officials failed to renew its mandate or to create a Haitian-run agency to assume its role of coordinating reconstruction efforts.

Haitian officials say that 120 projects submitted to the disbanded panel remain on hold and experts fear that without the IHRC or a version of it, new donations will stop or dwindle and already pledged money won’t come in because donors fear that the money will be squandered.

“Without the IHRC, the donors will renege on their promises — I’m afraid of that,” said Raoul Pierre-Louis, an engineer who represented municipal authorities as a board member of the IHRC.

Former board members on the panel also fear that reconstruction efforts will go adrift.

Laura Graham, COO of the William J. Clinton Foundation and chief of staff to the former leader, said Clinton would continue to ask donors to fulfill their pledges.

“If you don’t have the IHRC or a similar platform we worry if the donors will come to the table,” Graham said by telephone. “That is President Clinton’s main concern — that donors don’t walk away from Haiti.”

Creating a new commission won’t be easy for the same reason the original one’s 18-month mandate died: A proposal must go before Parliament for approval. And lawmakers routinely spar with Haitian President Michel Martelly, a pop star-turned-president whose old onstage antics as “Sweet Micky” sometimes make a cameo in his new role.

International donors say the need for a new commission is urgent.

“We call on President Martelly and Prime Minister (Garry) Conille to take the necessary steps to address this issue in a timely and effective manner,” Justin Broekema, a spokesman for Canada’s Ministry of International Cooperation, said in a statement.

Modeled after a commission for post-tsunami Indonesia, the reconstruction panel sought to shy away from the haphazard practice of bilateral negotiations in an effort to rebuild the nation from scratch. It also wanted countries including the United States, France and Venezuela to sit literally at the same table with Haitian leaders and avoid a duplication of projects.

Board members met every two months or so, the bulk of the meetings taking place at high-end hotels away from the piles of rubble and the hundreds of thousands people still holed up in precarious settlements vulnerable to flooding and stormy weather long after the quake.

Despite the efforts, the panel drew heaps of criticism. It was sluggish. It was bureaucratic. It had too many foreigners involved.

Sen. Jean William Jeanty and other critics blasted the IHRC for showing too few results and excluding too many Haitians from the planning. Aid groups say hundreds of the quake camps have closed, through a combination of forced removal and payments, but the mountainside shanties ringing Haiti’s capital, Port-au-Prince, seem to be swelling with blue and orange tarp-covered structures.

Martelly was a critic of the panel when he ran for office, and the first of his three picks for prime minister, Daniel-Gerard Rouzier, summed up its performance in a view shared by many Haitians. He called it “dysfunctional.”

In the end, Martelly changed his mind. He announced at the IHRC’s seventh meeting in July that he wanted to see the mandate renewed for another 12 months while a Haitian entity was created to take over. Bellerive named six people to serve as board members from the executive branch. He also named a new interim executive director, a position that had been vacant since her predecessor resigned in April.

According to Interim Executive Director Ann-Valerie Milfort and Dep. A. Rodon Bien-Aime, Martelly submitted a request to parliament before it expired.

“It all happened so unceremoniously,” said Priscilla Phelps, a post-disaster housing expert whose consulting firm TCG International was hired by USAID to help map out a housing plan. “Right until the end people thought there was a good chance it would be extended.”

The shape of a successor is still being figured out by a transition team and Conille, a former chief of staff to Clinton who brought his experience as a U.N. development expert to the original IHRC.

Some reconstruction work is taking place.

This month, Martelly and international partners finished clearing out a town square that relief agencies say once housed as many as 11,000 people. It was one of the last projects the IHRC approved before it disbanded. And on Monday, the president and Clinton are scheduled to tour the construction site of a $225 million industrial park in northern Haiti that’s supposed to create 20,000 jobs, another IHRC project.

But effective reconstruction is unlikely to happen without the grand master plan as championed by Clinton and the panel.

“Donors will give money but they may revert to the same old practices where they unilaterally decide what to do,” said Pierre-Louis, the former board member. “There will be reconstruction but it will take us 20 years instead of 10.”

Martelly and lawmakers have routinely lashed out at each other since the first-time politician took office in May. The legislature has viewed Martelly and his inner circle as haughty and rejected Martelly’s first two picks for prime minister before finally agreeing upon Conille, paralyzing his government for months and doing little to put donors at ease.

The already uneasy relations plunged south in October when police locked up Dep. Arnel Belizaire because, according to a spokesman, the deputy had escaped from prison on the day of the Jan. 12, magnitude-7 earthquake.

Senators and deputies were livid. Criminal investigators hadn’t formally requested that the immunity Belizaire enjoys as an elected official be lifted and lawmakers called for the dismissal of officials they believed ordered the detention. One of them, Haiti’s justice minister, resigned on Tuesday.

How will the Belizaire case affect Parliament’s vote on approving the mandate of a reconstruction panel?

“For certain it’s going to cause problems,” said Bien-Aime, a member of the Unity opposition party that controls the 30-member Senate and has 36 seats in the 99-member Chamber of Deputies. Whether the mandate is approved “depends on how the president is going to handle the Belizaire matter.”

Just before midnight Wednesday, Martelly posted a video on his Facebook page. He fell short of issuing an apology but said the executive, legislative and judicial branches need to work together.

“One completes the other,” he said. “In this sense, we can’t be fighting among one another.”