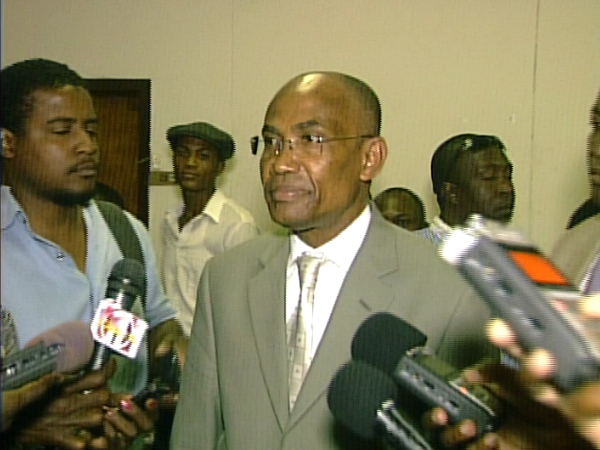 We have received rumors to the effect that the Dominican government, and a number of foreign groups in the DR, have been pumping massive amounts of cash and weapons, into Haiti, with the aim of destabilizing the Martelly government.

IT IS DOMINICAN CASH THAT FUNDS THE ONGOING SERIES OF DEMONSTRATIONS AGAINST PRESIDENT MARTELLY AND PRESIDENIAL CANIDATE JOVENEL MOISE.

Their immoral, illegal, cruel deportation of people from the Dominican Republic, even though some have family roots going back to 1929, is aimed at crippling the Haitian Nation and its economy.

The Dominican Republic wants to keep Haiti as a massive market for Dominican originated goods and services. These include actual Dominican exports, along with massive quantities of others shipped to the DR, as a storage point, before forwarding to Haiti.

Martelly, and his plan to pass power to Jovenel Moise, is unacceptable to the Dominican Republic who see Jovenel Moise as a direct threat to their economic well-being. He is focused upon expanding Haiti’s agricultural base, to something near its 1986 level – where Haiti was an exporter of food.

This will destroy much of the Dominican economy, dependent upon the Haitian market for survival.

The DR’s egg production is one such area. When eggs were blocked, at the border, this created a financial disaster in the DR. Sales dropped. Many chickens had to be killed because there was no money to feed them without the egg sales.

Unfortunately, our legal system is too weak to deal with them.

The public must be made aware of their threat to survival.

Haiti’s Traditional Society – the peasants – must be made aware of this cold-blooded effort to destroy their lives, and the lives of their children, in return for American hundred dollar bills.

$50,000,000 American would buy a lot of rice-and-beans to feed our hungry children. Instead, these pigs wish to create chaos and block any chance for progress.

The recipients, of these Dominican Dollars are simple whores, and should be recognized as such.

PERE LEBRUN IS ALIVE AND WELL – CLAIMING 5 VICTIMS IN ONE 24 HOUR PERIOD THIS WEEK – DURING A NIGHT OF FEAR!!!

Listen to the Audio:

6 thoughts on “A TRUE PATRIOT – OPL LEADER SAUVEUR-PIERRE ETIENNE REVEALS $50,000,000 PAYMENT TO LAVALAS, MANIGAT AND OTHERS TO DESTABILISE THE MARTELLY GOVERNMENT AND THE ELECTORAL PROCESS.”