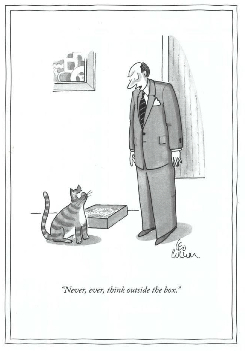 The most important thing you should know.

A ministerial certificat de décharge, a document which was made cause for the elimination of several heavily-favored candidates from the upcoming elections, has never been issued in the history of Haiti. Ever.

This ministerial-level décharge is required to be passed by a bicameral commission of the Haitian Parliament and the reason it has never, ever been issued is for one of two reasons: either the Parliament was non-existent, “non-functioning” or it was not issued for purely political reasons. For these upcoming 2015 elections, it is a little bit of the former but much more of the latter.

Even as the Haitian Constitution reads in Article 233 that décharges should be issued at the beginning of each regular session of Parliament (twice per year), one has still never been issued. Ever.

These are the candidates eliminated from presidential elections, purely, for this reason:

The next thing you should know.

A number of candidates approved for elections were required to have a ‘certificat de décharge’ but did not have one.

What is most striking about these citizens approved to continue towards these presidential elections is that they did not need a ministerial-level décharge from Parliament, they only needed one from the Superior Court of Auditiors and Administrative Disputes, which is well-existent and proved to be well-functioning.

These candidates are, perhaps coincidentally, running on the parties of the three former presidents:

For CEP member Marie Paul Austin, she needed a ministerial-level décharge for her service as Minister of Education from 2004-06. As stated in the “most important thing you should know”, a ministerial level décharge has never been issued.

For the CEP President, Pierre Louis Opont, he needed a regular décharge for his service as Director General of the last electoral council in 2010-11. The CSCCA is well and functioning, he has no excuse for having not obtained this document.

In the interest of full disclosure.

Former Prime Minister Laurent Lamothe is among those disqualified from elections and I should disclose that he is someone who has been a friend since before the inauguration of President Michel Martelly in May of 2011. None the less, his case is not my motivation. In fact, I have not decided on who I will cast my vote for this fall. I have several I consider friends, already approved for elections. One approved candidate for the presidency helped me build this news agency.

My motivation is that Haiti ends the endless crisis which has at its root, undemocratic, unfair, exclusive and corrupt elections. It rises illegitimate governments that do not have the true will of the Haitian people. These illegitimate governments are susceptible to blackmail from international institutions, diplomats et al who hold that illegitimacy over their heads.

The office of the president, unlike any other seat in the state, embodies the will of the people. It must. I am advocating for an election in which all candidates are fairly admitted and political, institutional voids (which are political), do not disenfranchise the Haitian people from voting on who they want to be their leader.

Article 233: For the purpose of maintaining constant and careful supervision over Government expenditures, a fifteen-ember Parliamentary Committee with nine (9) Deputies and six (6) Senators shall be elected by secret ballot at the beginning of each regular session, to report on the management Ministers, in order to enable the two (2) Assemblies to give them discharge.This Committee may engage the services of specialists to assist it with its monitoring functions.

Posted by Herve Gilbert at 9:56 AM

7 thoughts on “A ministerial certificat de décharge, a document which was made cause for the elimination of several heavily-favored candidates from the upcoming elections, has never been issued in the history of Haiti. Ever.”