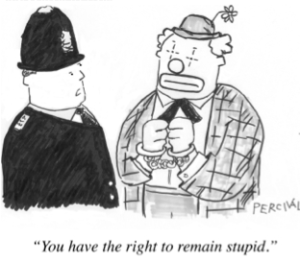 Time for a small lesson in Haitian Constitutional Law. One wonders how criminals were accepted as candidates is the previous election. How did criminals, such as Arnel Belizaire and Moise Jean-Charles get past the CEP?

The answer is a simple one: PREVAL.

Rene Preval subverted the value of the Constitution by planting his criminal stooges within the parliamentary apparatus, to act as time-bombs, after he left office.  Moise Jean-Charles and Arnel Belizaire, plus others, are doing this, attempting to create an instability that keeps Martely’s focus of real problems and forces him and Lamothe to deal with the Parliamentary turbulence on a daily basis.

Here are the pertinent articles from the Constitution.

Article 91 should have barred criminals from getting on the ballot, even as a lot of valuable time and money was expended upon stupid, and futile attempts to prove Haitian citizens were citizens of somewhere else, when they weren’t.  One would think it is  better to have a  Haitian/American or Haitian/Canadian, on the ballot, than a murderer, thief or cocaine trafficker… But this is Haiti. American and Canadians are unacceptable while murderers, thieves and drug  traffickers are family.

To be elected a member of the House of Deputies, a person must:

1. Be a native Haitian and have never renounced his nationality;

3. Enjoy civil and political rights and never have been sentenced to death, personal restraint or penal servitude or the loss of civil rights for any crime of ordinary law;

4. Have resided at least two (2) consecutive years prior to the date of the elections in the electoral district he is to represent;

5. Own at least one real property in the district and practice a profession or trade;

6. Have been relieved, if need be, of his responsibilities as a manager of public funds.

Any member of the Legislature shall be disqualified as a Deputy or Senator, if, during his term, he has received a final sentence by a court of regular law, which renders him ineligible to serve.

No member of the Legislature may during his term be arrested under ordinary law for a crime, a minor offense or a petty violation, except by authorization of the House of which he is a member, unless he is apprehended in the act of committing an offense punishable by death, personal restraint or penal servitude or the loss of civil rights. In that case, the matter is referred to the House of Deputies or the Senate without delay of the Legislature is in session, and if not, it shall be taken up the next regular or special session.

So we have Arnel Belizaire and Moise Jean-Charles – who should have been ruled out, under Article 91 – sitting in the Chamber of Deputies, untouchable because of their immunity.

Article 113 only refers to crimes committed while in the Senate of Chamber. If a Senator or Deputy is apprehended committing a crime, this is referred to the Senate, or the Chamber of Deputies, which then acts as judge and jury.

That explains how Senator Lambert escaped jail, when his boat was intercepted off Tiburon, with 750 kilos of cocaine, and a dozen of his known associates.  His buddies, in the Senate, found him innocent. 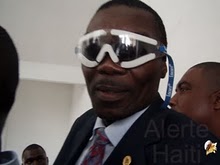 He should remember that the American government has a higher standard and may yet arrest him for his substantial role in promoting cocaine traffic into the United States.

In the meantime, there is absolutely no effective way to control parliament other than via payment with fresh $100  American notes. No local currency, please!

This is the Democracy forced upon the Haitian people by the International community. This is the type of government that will be mirrored if the Martelly government is pressured into an election before proper arrangements can be made.

Pressure now will see Aristide take over via his surrogates.

Don’t be surprised if Jean-Bertrand Aristide backs a mulatto  in the presidential elections.