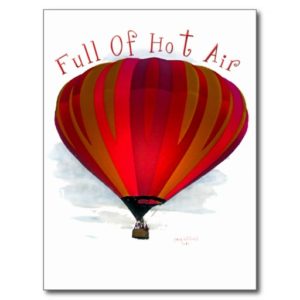 By MICHEL DeGRAFF and MOLLY RUGGLES

CAMBRIDGE, Mass. — IN a classroom in Port-au-Prince, Chantou, 9, sits silently at her desk. Nervously watching the teacher, she hopes to be invisible. Like most of her 60 classmates, she understands little of the French from the lecture. But if her memorized lesson is not recited with perfect pronunciation and grammar, she may be ridiculed or punished by her teacher.

In a classroom on La Gonâve island, two 9-year-olds, Kelson and Dieuricame, hover over a computer, excitedly playing a math game. Chatting away in their native Haitian Creole (spelled Kreyòl in Haiti), they experiment together and solve problems. When the teacher announces the end of class, they ask, “May we come back later for more?”

The contrast between these two learning environments illustrates a fundamental challenge in Haitian education, one that implicates language and pedagogy, and has contributed to Haiti’s extreme poverty: The authoritarian French model, which makes children struggle to learn in a language they do not speak, still prevails over an alternative model, in which children build skills through active learning in their native Creole.

Creole evolved in the 17th century out of contact among varieties of French and West African languages. Most Creole words have their origins in French, but the languages have distinct grammatical structures and sound patterns; even when their words sound alike, they often have different meanings. Using French to teach Creole speakers, in short, is like using Latin to teach French speakers.

Under the 1987 Constitution, adopted after the overthrow of Jean-Claude Duvalier’s dictatorship, Creole and French have been the two official languages. But at least 95 percent of the population speaks only Creole. For the past two centuries, most communications in government, white-collar business, media and education have been in French. The preference for French has been internalized even by those who have no opportunity to learn the language. Such attitudes have started to change, but too slowly.

When children start school, they are forced to study in French, although there is no pedagogical support for this abrupt transition. As documented in a 2012 government report, most students resort to memorizing letters and sounds without understanding, and end up with low levels of literacy.

Happily, the government of President Michel Martelly, who ran on a platform of universal, free, compulsory education and took office in 2011, has increased access to primary education to 88 percent — up from 47 percent in 1993 and ahead of the United Nations Millennium Development Goals. The next hurdle is language. Study after study highlights the importance of using native language to establish the foundations of literacy, numeracy and basic scientific knowledge, with which other academic domains, including the study of French, can be pursued.

A collaborative initiative between M.I.T. and Haiti has produced a collection of Creole resources for science and math. In teacher-training workshops, one teacher told us, “When we teach in Creole, the students ask more questions.” And from a student, “The advantage of learning in Creole is that it is more explicit; it allows us to see more clearly.” At a June 2014 workshop, Prime Minister Laurent Lamothe, other officials and M.I.T. faculty members explored the challenges and opportunities facing Haiti with the sophistication and nuance that such a meeting demands: All of the materials were written in Creole.

Creole’s exile from Haitian education is tied to Haiti’s colonial past. Haiti won its independence from France in 1803 after a historic revolution, becoming the first republic governed by formerly enslaved people of African descent. Yet its European legacy is still valued more highly than the African and Creole ingredients of its culture. “What influence can Haiti ever have with its Creole?” the poet Carl Brouard once warned. “Parents, never speak Creole to your children.” The bias toward French keeps the elite’s interests well protected from the needs of the masses. Creole holds the potential to democratize knowledge, and thus liberate the masses from extreme poverty.

This proposed use of Creole in Haiti is akin to René Descartes’s elevation of French as a language for science in 17th-century France. Descartes switched from Latin to make science accessible to the French-speaking populace. French was considered vernacular and inferior, but he legitimized it as an academic language and thus cemented the establishment of the modern French nation. The “Francophonie” movement continues to be a mighty vehicle of French political and economic influence in the world.

A similar story happened in 17th-century Italy, where Galileo was among the first scientists to write in the vernacular instead of Latin. Creole in Haiti can similarly become an academic language, a tool for nation building and an instrument of political and economic progress.

Haiti’s government and civil society have started to come around, by supporting an expansion of the formal, written use of Creole in education and public administration and by legislating the creation of an academy for the promotion of Creole. They recognize that the language is a tool for economic empowerment.

Haitian elites need to catch up, and international aid agencies should support the process, so that Creole can acquire the cultural capital it needs to propel Haiti further along the path toward opportunity for all.

Michel DeGraff is a professor of linguistics at the Massachusetts Institute of Technology and directs its initiative to promote education in Creole in Haiti. Molly Ruggles is a senior educational technology consultant at M.I.T.

_____________________________________________________
COMMENT: HAITIAN-TRUTH.ORG
DeGraff has written a self-serving article that does not really tell the truth.
He heads a project, with MIT, to produce Creole video material for instruction in Haiti. His program will generate advanced science and math classes, in Creole, that will be rather useless since those at tht level of schooling speak French.
He was contacted by a group that hopes to transmit lessons via satellite to all corners of the Nation. They asked him about generating some basic classes to teach kids how to read and write.
Not in his area.
We need lesson plans for the very lowest end of the educational ladder, not the top.
Unfortunately, ego plays a part here, and DeGraff is showboating instead of dealing with Haiti’s reality.

He has been gone too long.