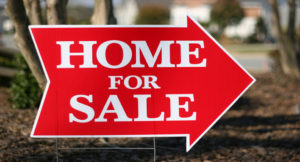 It’s just two miles from where Dominique Tombeau lives today to the house he dreams about at night, but the road runs straight uphill.

Nine months after the schoolteacher’s concrete home collapsed in front of his wife and 4-year-old son, the family and three in-laws are stuck under a plastic tarp that pours down water when it rains. All he wants is to move up, to a working man’s apartment in the tree-lined suburb of Petionville. But every place he can even consider costs double or triple the $43 a month he used to pay in rent, even though he and everyone he knows has less money than ever.

Haiti’s brittle housing supply was shattered by the Jan. 12 earthquake, which destroyed an estimated 110,000 homes and apartment buildings. Since then demand has soared, as the more than 1.5 million people who lost their homes compete for new ones at the bottom end of the market, and a rising tide of foreigners from the U.N. and aid groups flood in from the top.

The result: There are not enough houses, and not enough money for people to rent the ones still standing. More than 1.3 million Haitians live in squatter camps, facing disgruntled landowners and violent evictions, with no international or government plan to move or house them. The prices have everyone stuck.

“The type of house most people rented before was not built well. Those houses were destroyed, and the ones that are left are too expensive,” Tombeau explained with the patience of a man used to walking teenagers through French grammar. “When they find a decent camp to live in, they decide they’d rather stay.”

Before the quake, visitors to Haiti who only knew of its poverty and desperation were shocked to see the homes available to those who could afford them. Glass and concrete palaces in pink, peach, yellow and white hang off the mountains above Port-au-Prince like oversized candies on a green fruitcake.

Some fell. The prices on those that survived defy belief. One senator put up his three-bedroom with panoramic views for $15,000 a month. (Its nine Rottweiler guard dogs are free.) Finding anything similar for less than $5,000 is a steal. Want to buy? A three-bedroom with guest apartment lists for $900,000.

With his education and entrepreneurial attitude, Tombeau would be a prime candidate to enter a Haitian middle class. But as things are, he could not afford such a house in a hundred lifetimes. All his income disappeared in a crash of concrete when his school crumbled on top of him and hundreds of students. Some 35 people were killed, and he spent six hours under the rubble with his left arm smashed and pinned to his side.

After days in a Doctors Without Borders clinic, the skinny 35-year-old moved his family to an empty space in front of Prime Minister Jean-Max Bellerive’s office. When officials began discouraging aid from reaching that camp, Tombeau took his $90 worth of donated tarps, wood and corrugated tin to the new camp on the side-street of Delmas 56, a rocky slope above a ravine behind a fast food joint and computer store.

The camp is called “Tet Ansanm” or “heads together,” a Creole phrase for unity that’s also an apt description of how much space people have to sleep.

Next door, behind a wall and guarded gate, is a two-story pink house now being used by the United Nations, which lost scores of buildings in the quake. On the upstairs floor is the five-person office of UN-Habitat, the primary agency tasked with the question of permanent housing.

The country manager, Jean Christophe Adrian, has been in Haiti since March, often working on a balcony looking over the camp. He acknowledges officials have been slow to deal with Port-au-Prince’s most visible problem.

“So far there is no clarity on how to go about it,” Adrian told The Associated Press. “There are a wide range of proposals which are being made but without really a clear direction on how to address the housing issue.”

It was only last week when former U.S. President Bill Clinton and Prime Minister Jean-Max Bellerive, the co-chairs of the reconstruction commission, held a closed meeting on housing at Bellerive’s house. Meeting documents obtained by AP said that 85 percent of people displaced by the quake could be returned to neighborhoods if their homes are repaired or rebuilt. Ten percent would be placed in new homes in the same area, with the remaining 5 percent relocated.

Doing just that, even at a cost of $10,000 per family, would require more than $5 billion — almost the total currently pledged for everything through next year, without paying for health care, food or job creation, Bellerive told reporters before the meeting.

Meanwhile, of the total pledged, less than 15 percent has been delivered — and still none from the United States. Piles of rubble fill lots and block construction equipment.

The U.S. and others spent millions in humanitarian aid on home-assessment teams, but most of the properties deemed relatively safe remain empty because people cannot afford them. Little has been spent on new homes, with money going for tarps, tents and the sturdier “t-shelters” — made with wood and metal to better withstand wind, rain and tremors.

Hardly anyone has credit for a mortgage or construction loan. Building materials are more expensive than ever. And land title is governed by a broken system ripe for exploitation by speculators looking to cash in on reconstruction — whenever that happens.

Even money does not guarantee a house. A realtor with an office on Route Delmas named Athis Dupre said he lost half his 100 house listings in the quake. Rent is at a premium, with fewer people wanting to buy out of fear that a purchase would just collapse in the next quake. Streetwalking house hunters, who take prospective renters on tours for $12 a pop, say their pickings are expensive and slim.

But there is one group that can still make rent: Foreign non-governmental organizations, aid workers and journalists.

Down the hill from Tombeau’s tent, on the unpaved, easily flooded cross-street numbered Delmas 33, the lower floor of a two-story with dingy, cracked yellow walls and possibly working plumbing rents for $1,250 a month — payable in a lump-sum of $15,000 for the year. Most Haitians, who live on less than $1 a day, could never afford that. But the Haitian-born owner doesn’t want them.

The Associated Press, whose house was destroyed in the quake, is now renting a three-bedroom home/office for more than three times what it paid before. And the New York-based nonprofit Voices for Haiti has abandoned Port-au-Prince altogether, moving to the sleepier, more remote seaside town of Cabaret to its north.

“I find it more expensive to rent a place in Haiti than in Brooklyn, and it’s not just housing. The entire cost of living is very, very high now,” said the group’s head, Mario Augustaze.

The group had to bail out of a project because it was going to cost too much to house the volunteers, Augustaze said. The project was with Habitat for Humanity — building homes.

Tombeau is doing his best with what he has. He divided his tarp shack into a bedroom and living room, then put up a door advertising paid use of his $60-a-month wireless modem. He also spread the word that he could design T-shirts. But almost nobody wanted either. Out of cash, he canceled his internet account, and for now has given up on trying to move.

“I just want a house like I had before. I don’t want anything huge, I just want something comfortable,” he said, leaning toward a breeze coming through his stifling shack’s open door. “If I had the money, I would look for one right now.”