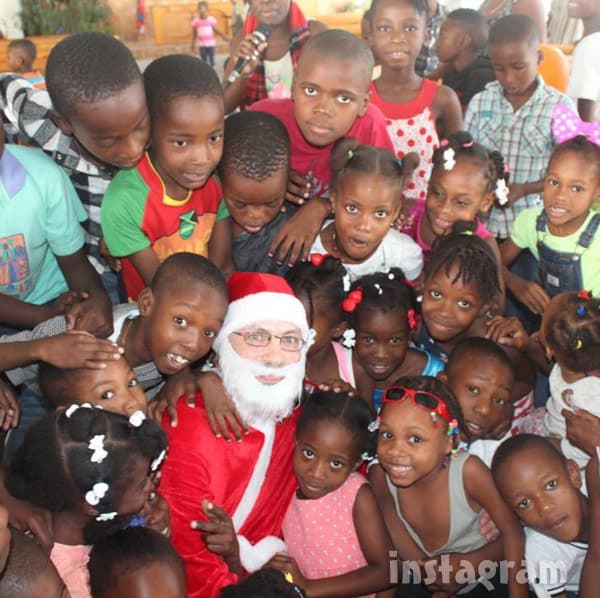 90 Day Fiance couple Sean and Abby shared numerous photos and videos from their Christmas toy giveaway and meal in Haiti this week, during which nearly 300 kids got gift bags and a meal cooked by Abby’s family. Despite the joy and good vibes evident in the photos and videos, some fans are concerned that some of the money raised by the couple didn’t go towards the event — so Sean responded at length (minus the Christmas joy) and said they will be posting receipts for everything soon.

We will get to Sean’s response in a minute — first I wanted to share a series of photos posted by Sean and Abby leading up to and including the event itself. I should point out that they had a bit of an issue with getting the toys to Haiti — both because of the cost and because their luggage was lost by the airline! I will start with that headache:

After Sean and Abby finally got their luggage, things seemed to have gone smoothly. Here are some select photos and captions — unfortunately, both Sean and Abby’s Instagram accounts are private, so I cannot embed their video clips. 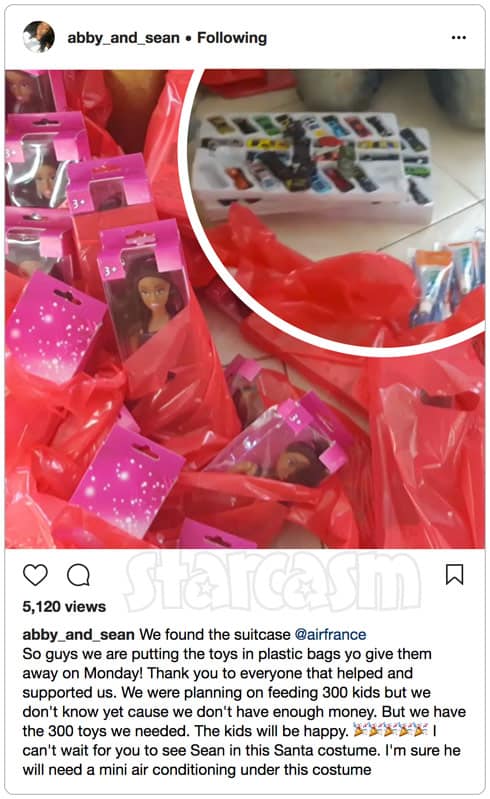 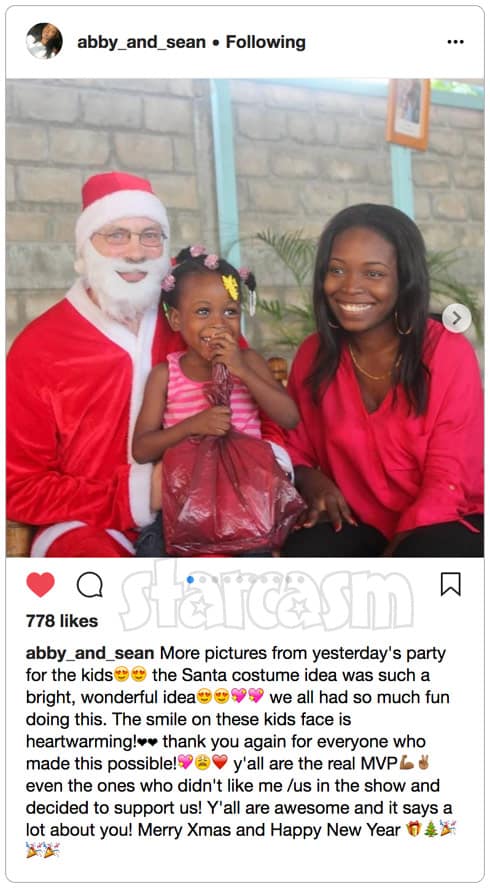 [VIDEO with caption by Sean] Abby’s mom fixed dinner (chicken with rice and beans) for over 300 people on Christmas Day with the help of Abby’s aunt and two neighbor women. #angels #goodeats #christmas 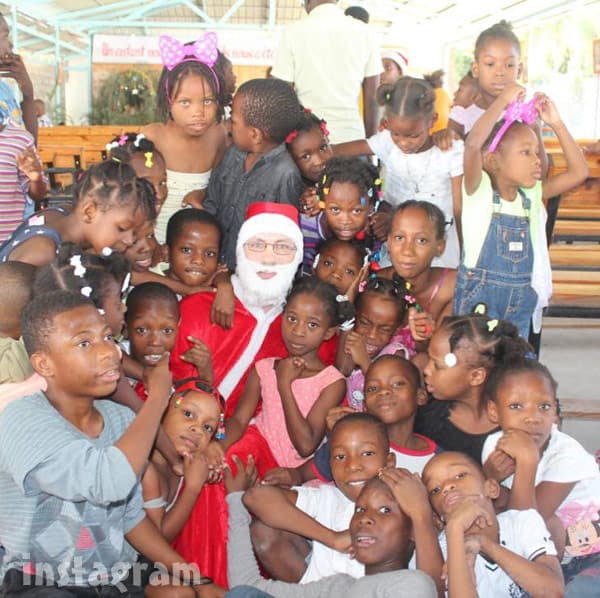 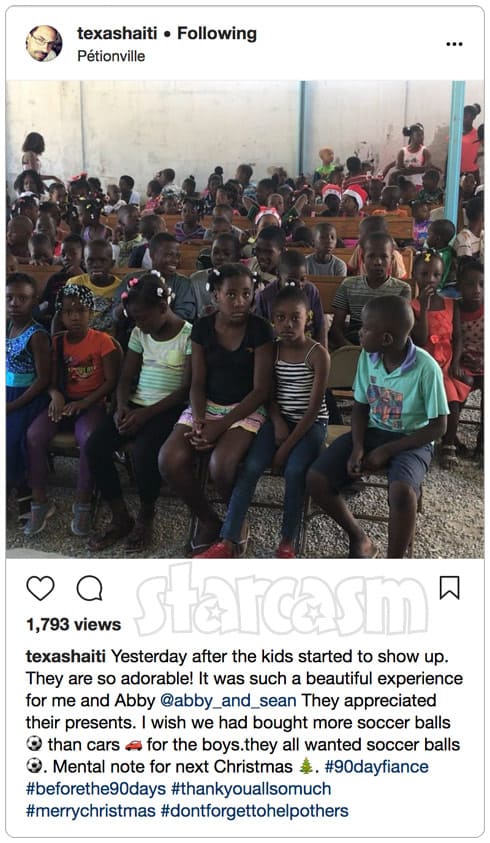 [VIDEO with caption by Sean] After the toy giveaway we had a few toys left, so Stephan and I passed them out to kids and mothers in the neighborhood #haiti #christmas

As I mentioned above, there has been a bit of a controversy surrounding Sean and Abby’s Christmas charity event in Haiti. Apparently, the couple asked for and received donations to help cover the cost of the event. (I can’t seem to find where they actually asked for money, and I wasn’t following them too closely at the time, so unfortunately I don’t have quotes or links for their financial requests.) As is the case 100% of the time any reality show star accepts donations (and 100% of the time that Mohamed Jbali marries Danielle Mullins), some folks are suggesting that Sean and Abby might have been frauding their fans a little bit.

Here is Sean responding to the fraud claims, which seem to be spearheaded by a woman named Maritza:

So, the troll, Maritza, is now trying to play the part of Ralph Nader. She is demanding receipts for where we spent the money that was donated. That’s fine, I have said many times that I will provide an account of where money was spent.

She is claiming that worried donors are contacting [her] with their concerns…the day after the event. Really? She expects anyone to believe that people who donated to us would contact a hateful troll, who has made it her life’s ambition to use every slur known to man against Abby and me, as an arbitrator of justice.

She claims to work for a charity that helps in Haiti, but she knows nothing of Haitian culture. She says Sean just wants things to be on the up and up, but has no axe to grind, However, she refers to us from the start of her rant by calling us names. Only after people start telling her what a petty fool she is did she start calling me by my name.

If you are one of our donors and messaged her, then please let me know. She said that we were sarcastic to donors when we were asked to produce receipts. Considering that there are only a handful of people who donated, you would think that I would remember a donor asking for receipts. That has not occurred. There have been other people, not donors, who have demanded receipts, but that is it.

If ANYONE has ANY questions, the feel free to message me.

I have no idea how much Sean and Abby received from fans, but their photos and videos seem to prove that hundreds of children received toys and food. I guess it’s possible they raised more money than it cost them to do that from a “handful” of donors, but I doubt it — especially if you include airfare, etc.

Sean and Abby certainly have their fair share of detractors, but I hope that even the grinchiest of #Shabby haters will concede that they did a good thing — even if his Seanta Claus beard was a bit lacking.