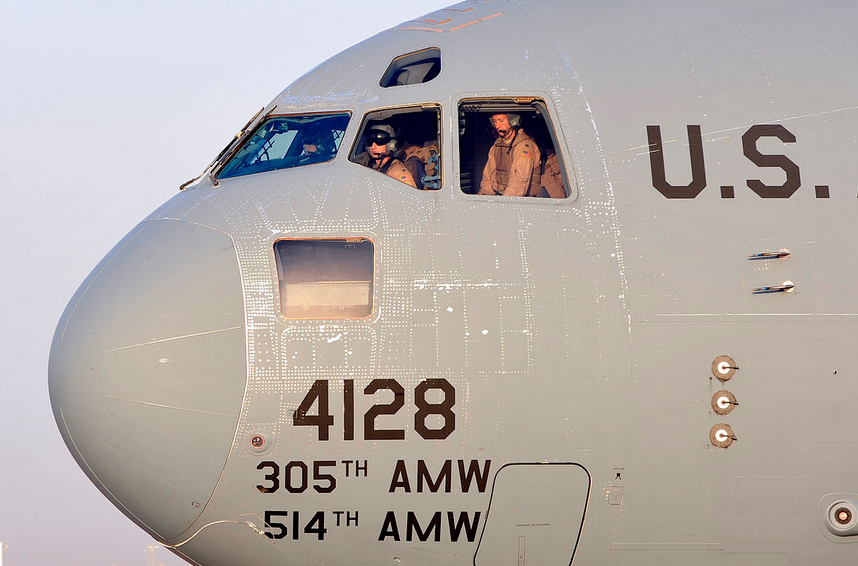 PORT-AU-PRINCE, HAITI — What can 15 Airmen and a C-17 Globemaster III aircraft do on a Denton Program mission?
A lot if it is the 514th Air Mobility Wing.
On Nov. 18, 2017, four pilots and one loadmaster with the 732nd Airlift Squadron, a loadmaster and two crew chiefs with the 514th, three Phoenix Raven Team members, and four 514th Security Forces Airmen, successfully delivered fifteen pallets of food, weighing 76,410 pounds, to the Republic of Haiti.
“It’s a high priority to get food down there,” said Senior Master Sgt. Shawn R. Reynolds, a C-17 Loadmaster with the 514th Air Mobility Wing. “Just the sheer volume of food we moved was impressive.”
The humanitarian mission, accomplished through the Denton Program, delivered fortified rice and soy protein and barley grass juice powder to Haiti. This was Reynolds fifth Denton mission.
“That food will be used for a nutrition program for orphans and school children,” said Jean Lubin St. Marc, Executive Director, Foundation Mission de l’Espoir (Mission of Hope, Haiti). “We appreciate the U.S. military who bring Denton cargo to us.”
Since the 2010 earthquake in Haiti that killed more than 100,000 people, the 514th has delivered supplies and equipment through the Denton Program to Haiti. The Program was an amendment to the Foreign Assistance Act of 1987, and is named in honor after U.S. Sen. Jeremiah Denton, former Navy pilot and Vietnam prisoner-of-war.
“Delivering relief supplies is one of the more rewarding missions we do,” said Lt. Col. Samuel F. Irvin, C-17 Pilot and Commander of the 732nd.
Irvin has been on more than a dozen Denton missions during the past 10 years.
The Program is jointly administered by the U.S. Agency for International Development, the Department of State, and the Defense Security Cooperation Agency and enables Americans and U.S. based non-governmental organizations to use available space on military cargo aircraft to transport humanitarian goods – agricultural equipment, clothing, educational supplies, food, medical supplies, and vehicles – to countries in need.
“This is the first time it has been strictly food,” said Maj. Lee C. Schmeer, 732nd C-17 Pilot. “Usually it has been a mixed bag – tractors, forklifts, trailers, and flatbed trucks, along with food.”
To give some perspective on how much cargo a Globemaster can handle, it can carry an M1A2 Abrams tank, which weighs 130,000 pounds and still have room for 40,000 pounds more cargo.
The crew received the cargo Nov. 17, 2017, at Joint Base Charleston, S.C., which is the cargo hub for the Denton Program. In 2016, Joint Base Charleston supported 85 missions to 10 countries delivering 609 pallets of cargo and 22 vehicles.
“We’re in a position to help and we’re happy to help,” said Schmeer.
While the Denton Program helps countries and people in need, it also serves military personnel as well. Aircrews who need to get qualified or have their qualifications updated will volunteer for a Denton Mission. Additional training will be scheduled during the mission.
“We schedule training at the bases we visit for our aircrews,” said Irvin.
During this mission, which began Nov. 16 and ended Nov. 19, the Combat Arms Training and Maintenance team, 514th Security Forces Squadron, trained four C-17 pilots and two loadmasters at the M9 pistol at the pistol range at Pensacola Naval Air Station, Fla., Nov. 17, 2017.
“By using our training time, it’s a win-win for everyone,” said Reynolds.
Delivering the supplies was a team effort. In this case, the Security Forces Airmen pitched in in unloading cargo.
These missions have a positive impact on both Haiti, as well as the Airmen involved.
“Moving Denton cargo is satisfying for me,” said Reynolds. “We are moving something that matters.” 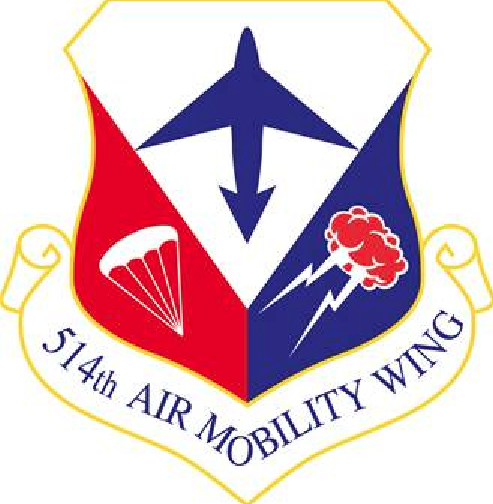