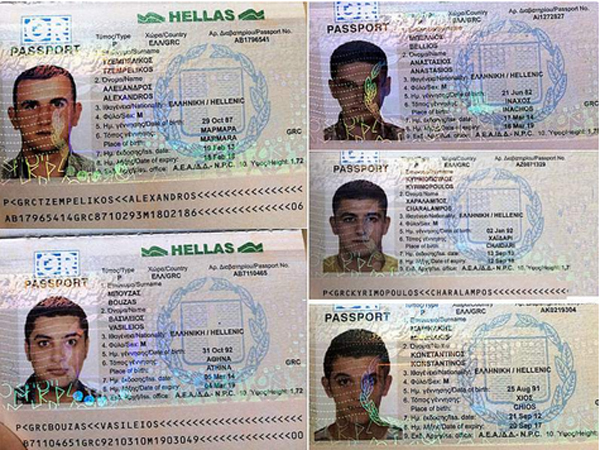 The St. Maarten public prosecutor’s office said that the three Syrians were detained Nov. 14 and that an investigation was still trying to determine their identities and how and where they obtained the fake documents. Officials said they did not believe the Syrians are tied to any terrorist groups and had not asked for asylum.

Honduran officials said a Syrian woman and two Pakistanis were detained after they crossed into the country by bus from Nicaragua.

Police spokesman Anibal Baca told The Associated Press that authorities were looking for any links between the trio and five Syrian men who were detained in Honduras’ capital Tuesday for traveling with passports allegedly stolen in Greece. Four of those five apparently were students.

Immigration officials were investigating to determine the validity of the travel documents presented by the three people detained Saturday, and the prosecutor’s office said Interpol had been asked for help in checking their identities.

Kathya Rodriguez, director of immigration in Costa Rica, said the five Syrians held in Honduras did not appear to have any terrorist links. She said they entered Honduras from Costa Rica, after stops in Lebanon, Turkey, Brazil and Argentina.

In St. Maarten, prosecutor spokesman Norman Serphos told the AP that the three men being held there had arrived on an Insel Air flight from Haiti. Officials said the Syrians had traveled from Europe to Brazil, then gone to the Dominican Republic and Haiti before entering St. Maarten. It was unclear where they were headed.

Prosecutors said they had shared the information with Interpol and other international law enforcement agencies, including U.S. authorities.