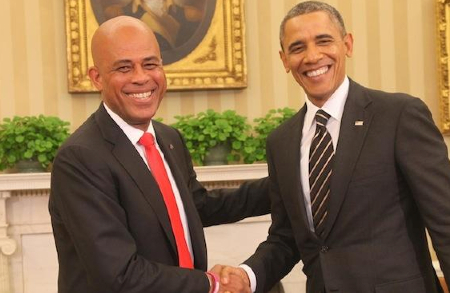 Under the Foreign Relations Authorization Act (FRAA), the President is required each year to notify Congress of those countries he determines to be major illicit drug producing countries or major drug-transit countries that “significantly affect the United States.”

A country’s presence on the list does not necessarily reflect its
counternarcotics efforts or its level of cooperation with the United States on illegal drug control. The designation can reflect a combination of geographic, commercial, and economic factors that allow drugs to be produced and/or trafficked through a country.

When a country on the list does not fulfill its obligations under
international counternarcotics agreements and conventions, the President determines that the country has “failed demonstrably” to meet its counterdrug obligations. Such a designation can lead to sanctions. The President may also execute a National Interest Waiver of the designation
when he determines there is a vital national interest in continuing U.S. assistance.

Of the aforementioned 22 on the 2015 list, the President has determined that Bolivia, Burma, and Venezuela “failed demonstrably” during the last twelve months to make sufficient or meaningful efforts to adhere to their obligations under international counternarcotics agreements. In accordance
with provisions of the FRAA, the President has also determined that support for programs to aid the promotion of democracy in Burma and Venezuela remains vital to the national interest of the United States and therefore grants Burma and Venezuela National Interest Waivers.

QUOTE “President OBAMA has also determined that support for programs to aid the promotion of democracy in Burma and Venezuela remains vital to the national interest of the United States and therefore grants Burma and Venezuela National Interest Waivers. “ UNQUOTE
But we are up to our ass in a real life-and-death struggle to fight off becoming a NARCO STATE  and OBAMA does not see fit to give Haiti a Waiver.

Is there some sort of obtuse message here, now supported by the OAS support for the criminal electoral process??