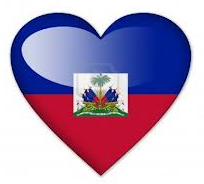 MANAGUA, Nicaragua (AP) — More than 200 Nicaraguan medical students who were studying in Venezuela with the financial help of that South American country have returned home without finishing their studies, authorities and their relatives said Monday.

Nicaraguan officials wouldn’t comment on why the students came home over the weekend, but Venezuela is caught up in a political crisis and is struggling with economic problems.

Sharon Dixon, mother of one of the students, said authorities had alerted parents on Friday that their children would be returning to Nicaragua by Sunday.

“They didn’t give a reason, but I understand that there are economic, political and social problems” in Venezuela, Dixon said.

Congressman Gustavo Porras said the students will be placed in Nicaraguan universities so they can complete their studies. But he didn’t offer any explanation for why the students were sent back.

The Nicaraguan students had received fellowships through the left-leaning Bolivarian Alliance, a group founded by Venezuela’s late President Hugo Chavez to expand his country’s influence in the region.

The more than 200 students from throughout Nicaragua traveled to Venezuela in 2009 after receiving scholarships to study there.