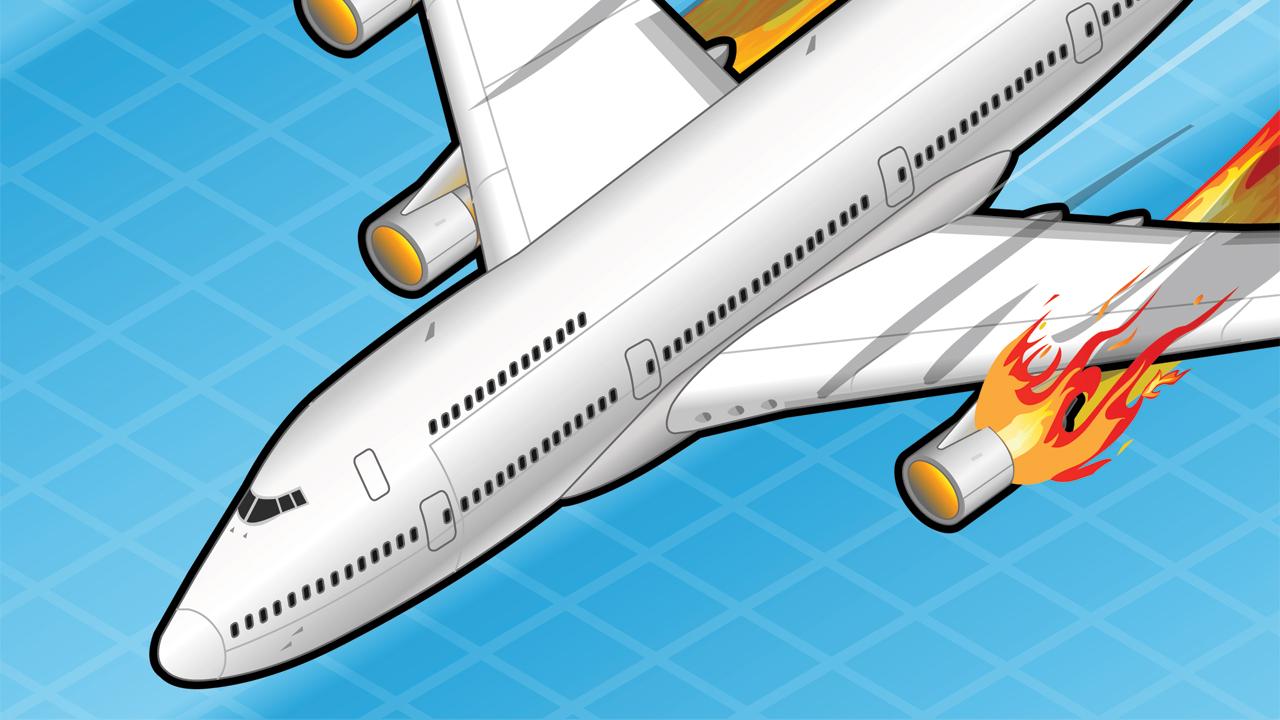 The acting President may in no case be a candidate in the next Presidential election.

Haiti is an aircraft with no parachutes and no ejection seats.

President Preval’s term saw the 1987 Constitution amended. The, during the trip between his office an Le Moniteur, the Amendments approved by Parliament were lost and another fraudulent set inserted by Preval. 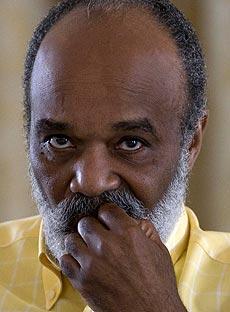 In effect, Haiti has had no real Constitution since then as Preval derailed the legal concept.  And there seems to be no copy of the approved amendments.

Now we have been shoved into a completely illegal and unconstitutional situation from which there seems to be no escape.

President Martelly had an escape hatch for the Nation. He could have remained in place, as did President Preval, to guarantee a smooth transition to his replacement.

The President of the Republic, who is the Head of State, shall see to the respect for and enforcement of the Constitution and the stability of the institutions. He shall ensure the regular operations of the public authorities and the continuity of the State.

Instead, we were stampeded into a totally unconstitutional situation in which a Mickey Mouse solution was lashed together in which Senator Privert was given the Presidency – for 120 – during which time he was to complete Round Two and seat the winner in the National Palace. 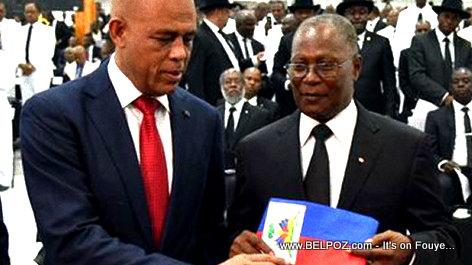 Instead, Privert created a completely illegal and unconstitutional Commission of Verification to study the flaws perceived in the October 2015 ballot. This mainly Lavalas commission, headed by Francois Benoit, danced to Aristide’s tune. Members slipped into his Tabarre lair during the early morning hours, to receive their instructions.

The only thing Aristide insisted upon was the removal of Jovenel Moise from the process. The fact that Jovenel is the most popular candidate meant nothing.

We would have Jude Celestin, the killer, bridge thief, and Marysse Narcisse, surrogate for Aristide, with character flaws to numerous to mention. He once sacrificed a new born baby to guarantee his 2000 Presidential win.

We are glad Donald Trump didn’t hear about this formula.

The October 2015 Presidential ballot had already been reported as basically flawless by the International Community. By chanting the word FLAWED over and over, the Privert/Lavalas people managed to set the stage for what now exists, a highway to nowhere.

You cannot get anywhere from where our car is parked.

We cannot get anywhere from where Privert has brought the Nation.

It is time to revert to an old solution, from the 1987 Constitution.

Our Cour de Cassation – Supreme Court – must step in to save the Haitian people from their present, hopeless condition, made worse by the recent disastrous Hurricane Matthew. 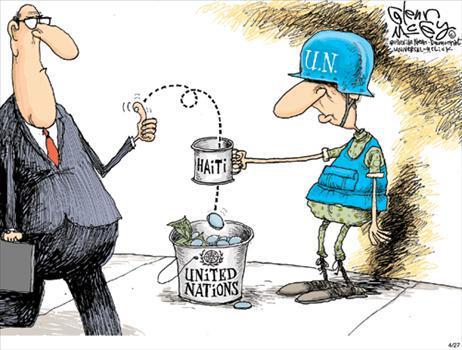 The Hurricane Matthew disaster coordination is a complete and total farce. There is absolutely no coordination and massive quantities of aid is being stolen by ONGs and members of the Privert team.

Another example of the situation can be found in aid promised to Port Salut by their government. The Port Salut area was one of the real disaster areas and desperately needed everything. A truckload of food was promised by Privert’s team.

After several days, Port Salut asked where it was.

They were told they had to pay the freight before the Privert government would forward the food.

Our southwest has many areas that are still out of contact with the world. A million people need shelter from the rains.

And then, Privert invited the armed Dominican military into Haiti, and action specifically prohibited by the Constitution. What should have been a welcomed 500 vehicle humanitarian convoy, became a perceived  Trojan Horse, invasion force, ready to help Privert place  candidate of his choice in power. 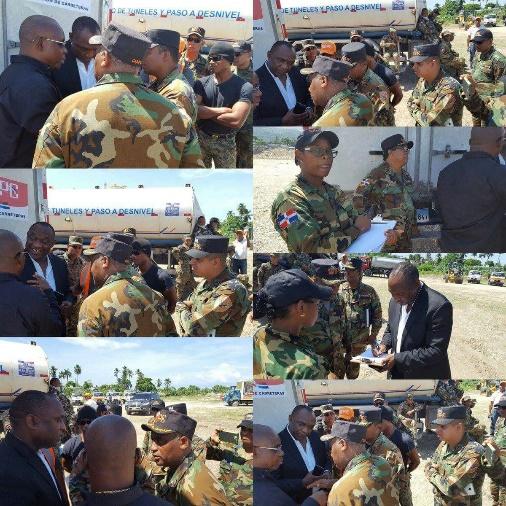 And it wouldn’t be Jovenel Moise, the leader.

Our CEP is a corrupt Mafia that will never deliver an election.

Time for a creative solution.

A member of the Cour de Cassation must lead our Nation out of this morass.

It cannot be the Court’s President Cantave.

He is a cousin of Youri Latortue and Senator Cantave. To place him in the Presidency threatens creation of an Instant Dynasty, with all of its attendant problems. Cantave also has serious health problems.

Out of the frying pan, into the fire.

We must look to Justice Coq as the Saviour of Haiti.

Like Ertha Pascal Truillot this lady can steer the Nation to some sort of safe landing from which a recovery can be initiated. 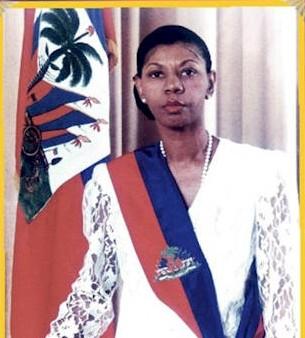 We must move quickly.

The Nation is dying.

Rats are abandoning the sinking ship. Preval is hiding in Miami, awaiting the implosion, enjoying his stolen fortune.

Aristide would go somewhere, but no other nation will accept him. This makes him extremely dangerous, like a rat who has taken poison.

We must act before it is too late and Haiti really becomes a failed State, if it is not already too late.

The Cour de Cassation must be supported by the Haitian society in an effort to save our future. 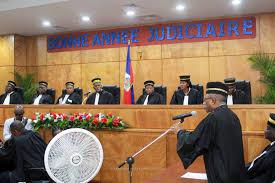